Packaged Food and Avocado Toast are Harming the Planet 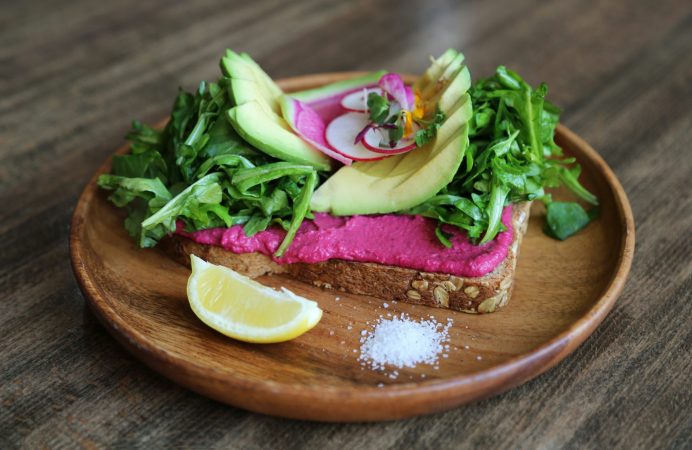 It is a truth universally acknowledged that food doesn’t have to look perfect to taste delicious. The smashed remains of an apple pie, Grandma’s crumbling meatloaf, the classic green bean casserole at Thanksgiving dinner. Well, at least the first two. The question is though if we know in our minds that food doesn’t always have to look perfect, why do we swear off food in our own refrigerators that may be slightly subpar?

The simplest explanation is that similar to fashion, what we eat goes through trends. The trend of perfect food, however, has been around for quite a few years.

One of the greatest influences on our present-day trends, food and beyond, stems from the financial and manufacturing throes of World War II. During the war, factories developed new, prepackaged foods like Spam, Chef Boyardee, and dehydrated potatoes, that enabled easy transportation due to preservatives.

The war’s positive effect on unemployment and production rates, due to women joining the workforce and mass outputs of goods for troops, threatened to decrease fast as the war came to an end. The job market had more people to employ and the high production rates were no longer needed as men returned from the battlefront.

Overall this led to advertisements and products with shorter lifespans in order to sell the average American more and repeated purchases. This enabled many individuals to keep their jobs after the war was over, but resulted in creating the culture and mindset of “new is better,” and “single-use is more convenient.”

These new mentalities, along with the want to keep sales up on the new prepackaged foods made for the war front, brought 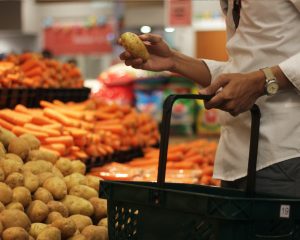 about the perfect mixes and prepackaged goods, many of us are familiar with today. Housewives were pitched “packaged food cuisine” and with it an aspirational (and almost unattainable) lifestyle. The convenience of packaged food brought more time for women to work, tend to their homes, and embrace the modern, post-war era.

The perfect housewife lifestyle is expressed throughout the 20th century in Emily Contois’ research, Curating the History of American Convenience Cuisine. Contois explores the 20th century, beginning in the 1920s with Betty Crocker. Crocker, Contois explains, “Imparted advice in a way that valued a housewife’s efforts, respected her intellect, and instilled confidence.”

Contois next explains the draw of perfection through items such as Pillsbury cake mix. This granted perfect cakes without much work at all. “A woman’s baking ability was also read as subtext for her ability to please her man and fulfill her feminine duties, inside the kitchen and out,” Contois writes. When foods like cake could come out flawless and identical to their last rendition repeatedly, why not spread that to other foods as well? Shots of perfection, all around!

All in all, the idea of packaged and prepackaged food fed itself. Exemplary (yes, sexist) advertisements began the trend in order to keep packaged food companies afloat post the second World War, and the idea of the perfect housewife kept the sales coming. The lifestyle itself became what companies sold and the prepackaged goods were secondary.

This trend of perfection seems to have stuck in the American mind in terms of food. We post photos of our scrumptious #avocadotoast, garnish our boxed noodles and canned spaghetti sauce with parmesan, and rifle through the grocery stores’ haphazard towers of fruits and vegetables to find the shiniest, roundest, plumpest produce.

But the thing is, the idea of perfection comes hand in hand with consumerism and materialism. As soon as the second half of our avocado turns brown in the fridge, our pasta is past its sell-by date, and half our pepper is mushy, it goes right into the trash. There’s more food exactly like it at the grocery store, so why bother keeping it?

This thought process has inevitably led to an extreme waste of food. According to the United States Environmental Protection Agency (EPA) approximately 31% of our food supply is wasted, “which impacts food security, resource conservation, and 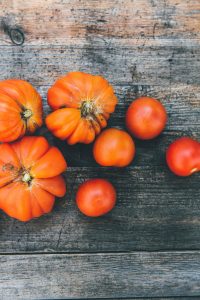 contributes to the 18% of total U.S. methane emissions that come from landfills,” the EPA says. If we are able to collectively reduce the amount of food we waste, food insecurities and the impacts of climate change can be decreased.

To do so on the individual level is decently simple, and involves just about as much time as it does to make a boxed cake. Cut off the bad parts of your produce instead of tossing the whole thing, understand what expiration dates mean, and if you’re not going to eat it before it goes bad, freeze it, cook it up, or donate it. Companies like Misfits Market, Imperfect Foods, and Hungry Harvest work to save food not fit for the grocery store—oddly shaped or past its sell-by-date—and ship it to your doorstep.

Immaculately styled foods can be amazing and oh-so-lovely, but not every meal needs to be Facebook-worthy in order to be consumed. The great thing is, food that may not be model status on its own can become so with the help of today’s modern kitchen. And even if it isn’t gloriously garnished, the beautiful thing about food is it doesn’t have to look perfect to taste delicious. Except maybe avocado toast.