Party at the Michigan Central Station 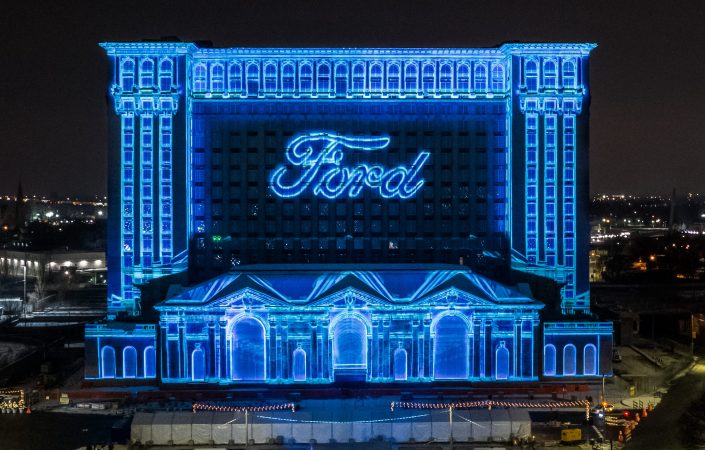 Ford Motor Company is hosting a ten day party in Michigan Central Station. Which is still hard for us to wrap our minds around because we, like most people who’ve been in Detroit long enough, remember the train station most vividly through images of illicit adventuring.

Despite the fact that the party’s hosts are advertising “live graffiti painting” alongside “face painting” — which is the MOST absurd and the squarest move EVER, we’re still in because anyone who has ever stepped inside Michigan Central Station will tell you it’s GLORIOUS.

Plus night markets are rad and our old friend Daniel Land did some 3-D mapping magic and we heard rumors of visions of Diego and Frida inside. The Detroit Historical Society will also be pulling out some artifacts. Who doesn’t love an ice sculpture? Pray for reasonable weather and THANK NAIAS!

The event runs until 10 p.m. THIS Sunday.

Now, a message from Ford:

“The 10-day festival is an extension of Ford’s North American International Auto Show presence. Tapping into advanced 3D projection-mapping technology and old-fashioned storytelling, Ford is using the 18-story train station as a canvas to re-create its glory days, its revitalization, and its future as the centerpiece of a new 1.2-million-square-foot Corktown campus, where along with its partners, the company seeks to shape the future of mobility and transportation.

“We’ve planned the festival to coincide with NAIAS so we can give auto show guests and local residents a unique and unforgettable brand experience,” said Garett Carr, Ford global auto show and events manager. “We’re using Detroit’s most famous landmark to captivate an audience through dramatic storytelling. Whether it’s sitting behind the wheel of one of our vehicles or inviting people to see where we are going as a company, high-touch, personalized experiences like this are critical to cut through to customers in a noisy marketplace.”

Ford is offering a free shuttle service to Michigan Central Station from Cobo Hall and surrounding neighborhoods. The shuttle routes and times can be found online.