Pingree Detroit: The Only Shoes Made in The Motor City 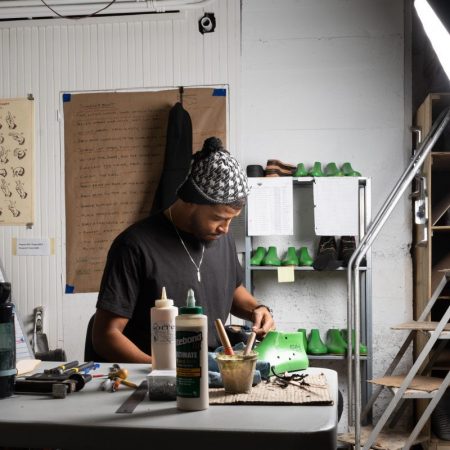 Hazen Pingree, does that name ring a bell? If you’re from Detroit, it should. After all, his term as mayor helped to pave the way for Detroit’s growth into one of America’s most prominent and influential commerce centers during the 20th century. Pingree Detroit, named for the former mayor, is working to support the Detroit Community in a way that would put a smile on the former mayor’s face.

As Detroit’s progressive mayor from 1889–1897, Pingree turned from ruthless business owner into a champion of workers’ rights after witnessing the horrific conditions of Detroit’s working class. This change of heart led to drastic changes for the city, which included the creation of urban farms, returning of control of Detroit’s utility companies to the hands of the people and a focus on creating jobs and opportunities for Detroit’s veterans.

In describing the former mayor, Jarret Schlaff, CEO and Co-Founder of Pingree Detroit, stated, “He embodied this idea of putting the people first, that we need to serve our workers, our neighborhood, and the broader community just the same.”

This is now Pingree Detroit’s mission, as it seeks to create a workplace environment free of exploitation and alienation, where all who work there are treated with the same level of respect. Being worker-owned and operated, Pingree has taken the first steps to ensure that those making its products receive more than simply a paycheck. 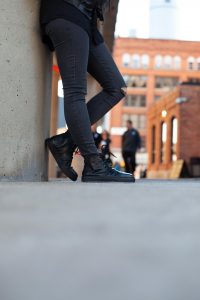 They are determined to ensure that the veteran employees are given the respect and help they deserve as they go about their days, such as being offered access to leadership development classes and alternative

“Every person who joins our team, no matter where you’re at, we want to be part of building your confidence, clarity, and purpose.” Said Schlaff. “We really want to focus on the collaborative atmosphere around how everyone sees the role they play in accomplishing our shared mission and purpose, which is to bring veterans and civilians together to create stronger neighborhoods.”

Worker-owned, Pingree not only aims to provide its workers with a safety net against threats to the modern worker such as automation but also supports fighting for the communities the workers live in.

According to Schlaff, the inequality Detroiters face in both the workplace and their community is one of the reasons for this method of workplace organization.

“There’s no reason why we should be shutting off the water of 90-year-old grandmas in my neighborhood. That’s unacceptable. There’s no reason why anyone should be squatting in houses because their government isn’t supporting them, and their neighborhood isn’t supporting them.” Schlaff shared, “So we see a future that looks like a way of taking care of more people, not with handouts, but with making the access to resources more available. That’s why we see a way forward that honors labor instead of exploiting it.”

While working to give back to Detroit, Pingree is also fighting against the wasteful, robotic method of production that is the norm in American manufacturing. Instead of wearing a shoe made thousands of miles away in a nondescript factory, they want you to know the name of the person who made your shoe through their #KnowYourMaker program. 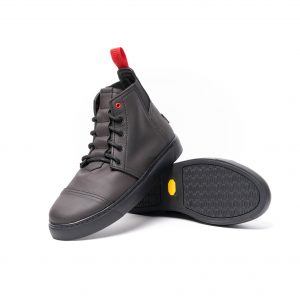 “#KnowYourMaker is grounded in this idea that communities are so much more vibrant and stronger when connected to the people who make your stuff. It wasn’t too long ago when you knew your farmer, and you knew the person who made your clothes,” said Schlaff. “Being connected to where our stuff comes from allows us to be more informed on our impact. We’re not aware that there’s slave labor that goes into making our shoes. We’re not aware that people are locked in factories making mere dollars a day.”

No matter the product, be it shoes or totes, for it to come with the name of the person who made it, connecting the community with the manufacturer is one of the unique aspects of this worker-owned enterprise model. Not how they are produced, but what materials are used with that truly sets Pingree Detroit apart from any other American shoe manufacturer.

Using repurposed leather from the automobile industry, Pingree’s sneaker, “The Mayor,” is as much a part of Detroit as the street its wearer walks on. This is a new way of manufacturing that’s in line with Pingree’s commitment toward sustainability and fitting for the first shoes made in the motor city.

“One of the biggest reasons why we chose the products we did, and one of the reasons we chose to use recycled materials, is because at this current time in the world we’re experiencing an exponential increase, exploitation of the workers, exploitation of the land, exploitation of resources, automation, and everything going toward machines doing the job of what traditional folks are doing,” said Schlaff. “So, to avoid massive irreversible ecological devastation, we need to do things differently.”

As the years go on, the mission to change how we structure our workplace and the way our goods are produced will be two crucial aspects in determining the effect climate change has on our society. With our current system of wasteful production, Pingree’s model can be looked at as a blueprint on how we can structure our workplace for the betterment of our environment as well as the improvement of our working lifestyle.

Whether you’re a veteran looking for support, a worker looking to change your current enterprise, or you’re just in need of a fresh new pair of shoes, Pingree Detroit can be found in Eastern Market every Saturday and Sunday throughout the summer months.