From Race to Police Brutality: Essential Reading for the Times

A List of Essential Reads Covering Race, Class, the Criminal Justice System and Other Factors Relevant to the Happenings of Today 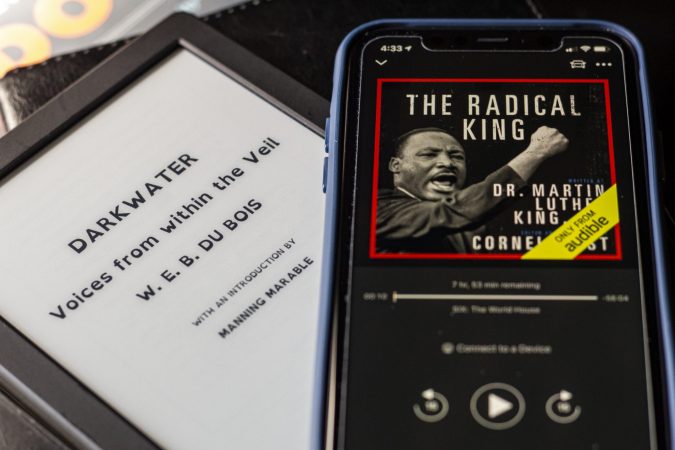 In the era of protests against police brutality and the criminal justice system, knowledge is power, and having an understanding of race relations throughout U.S. history is key to understanding the nature of why many people are demonstrating. Aspects of the criminal justice system can be confusing and issues around white supremacy and violence may be hard to grasp for some eager allies, but that shouldn’t stop one’s quest for knowledge.

What follows is a list of essential reads that are more than relevant to the times. Covering issues from race relations to mass incarceration and colonialism to the American Civil Rights Movement, the following essential reads (or listens) are easy to access across a wide variety of mediums.

The New Jim Crow: Mass Incarceration in the Age of Colorblindness

First up, and perhaps most essential, is “The New Jim Crow” by Michelle Alexander. The book examines the American criminal justice system and serves as a good introduction to the idea of mass incarceration, the carceral state and other issues that sprout from the private for-profit prison system.

In the era where many have called for defunding the police, amid other reforms to communities, Alexander’s words ring more relevant now than ever.

The legendary Angela Davis is one individual with a career spanning decades and is a foremost expert on the ideas of prison abolition, criminal justice reform and police brutality. In her book “Are Prisons Obsolete,” Davis discusses the idea of “Decarceration” and the need to eventually transform society beyond the need for prisons.

Whether or not the idea of prison abolition is too far off from our current situation, Davis’s knowledge of the subject of prisons in America makes this a must-read at a time when there are calls for an end to private prisons and mass incarceration.

The second book by Davis on this list is “Women, Race, & Class,” a critical book that addresses broader issues at the heart of many problems in America. Examing the women’s liberation movement in the U.S., the book looks at the history of the movement from the Anti-Slavery Movement to the modern days, examing many aspects of race and gender.

Stamped From The Beginning

“Stamped From The Beginning,” by author Ibram X. Kendi, looks at how racist ideas were created, spread and how they still hold deep roots in America today. The book is critical in examining American history through the lens of oppressed people and is a must-read for anybody looking to understand the long process that has to lead the demonstrations of today.

Kendi’s book is great for understanding history, which is the first step many Americans can take on the long road to justice.

White Fragility: Why It’s So Hard For White People To Talk About Racism

The New York Times best-selling book by antiracist educator Robin DiAngelo works to discuss the idea of white fragility and how racism is not restricted to “bad people.” The book looks at how white fragility develops, how it has maintained racial inequality and what many can do to begin engaging in more constructive conversations about race in America.

So You Want to Talk About Race

In his book “So You Want to Talk About Race,” Ijeoma Oluo offers a user-friendly examination of race relations in America. The book is a great first step for understanding white supremacy, mass incarceration and can also help jump-start the conversations some people are unsure of how to address such as, “How do you explain white privilege to your white, privileged friend?”

“The Radical King,” by Martin Luther King Jr. himself, is one of the most interesting books on this list. A collection of essays, letters and writings from Dr. King, the book itself was put together by Dr. Cornell West, who wrote the introductions of each piece.

Throughout the book, West examines the more “radical” aspects of Dr. King, such as his ideas of radical love. For lovers of history, or those wanting to learn more about one of the greatest Americans, the book is a must.

As a bonus, the audiobook recording features a star-studded ensemble of readers that includes the likes of Wanda Sykes, LeVar Burton and Danny glover, among others.

The End of Policing

“The End of Policing,” by Professor Alex S. Vitale looks at the institution of the criminal justice system in regard to policing aspects of society like sex work, gang violence and those with mental health concerns. Throughout the book, Vitale looks at the issues surrounding the way police go about enforcing the law and looks at ways to reform and replace law officers with a more community-driven, non-authoritative approach to handling society’s problems.

The book is a great introduction to many things one might hear during the ongoing protests against police brutality.

Darkwater: Voices from Within the Veil

“Darkwater: Voices from Within the Veil,” is a literary work from the legendary W.E.B. Du Bois that is essentially a large anthology of his writings. The book looks at segregation and racial discrimination in America and is a great book for anybody looking to learn more about past race relations. After all, understanding the past is oftentimes the best way to understand the future.