How Important Are Greenways to Detroiters? 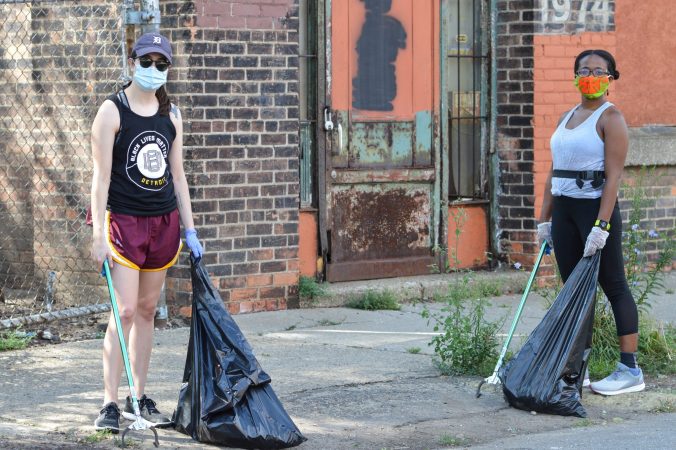 There is a feeling of freedom and solace when we are surrounded by nature. Many of us love seeing the sun dance on the ground, its rays recast by leaves swaying in the wind, and feeling the warmth of a summer breeze tingle our skin. In as early as March, Detroit’s greenways saw a 24% uptick in usage, assumed to be caused by Detroiters who suffered covid-19 related job loss. As of June, unemployment in Detroit was 31.9%, and the usage of parks and bike paths has done nothing but increase in response.

The director of communications at the Detroit Riverfront Conservancy, Marc Pasco says, “The riverfront is busier than we’ve ever been before.” He continues, “I think in the entire community, public spaces are more important now than they have ever been.” Greenways have offered a form of escapism and exercise that has otherwise been removed due to pandemic induced restrictions. According to a 2018 study by the University of East Anglia, “Populations with higher levels of green space exposure are more likely to report good overall health.” Another study on the specific effects nature walks have on mental health, states that there are also many positive cognitive effects in terms of anxiety, rumination, and memory.

For some, utilization of greenways is more than just getting fresh air, mental clarity, and exercise. It is about being a part of a community. This may be fulfilled by simply being in the presence of other park goers, or by joining local biking or walking clubs. The executive director of Detroit Greenways Coalition, Todd Scott says, “With the bike club and some of the walking clubs it’s kind of like extended family. Others in the club are always willing to help you.” This sense of family can be refreshing and fulfilling in a safe way for those who feel lonely in this time.

A given with more greenway usage, according to Pasco, is an increase of litter. Detroit city council member and the chair of Detroit’s green task force, Scott Benson, has been working hard to lessen litter in the city far before the pandemic began. Benson and the task force have raised awareness with a media blitz for anti-litter, and they keep litter removal as a top priority. Communities around Detroit, as well as the DRFC, have organized cleanups in neighborhoods and areas like the Dequindre Cut in direct response to this perceived increase. Block by Block continues to work hard in an effort to keep parks and trails across the city.

Funding for greenways in Detroit may see some changes due to the pandemic. Lessened amounts of claimed taxes, because of casino closures and reduced fuel needs, may very well diminish future budgets. However, Scott hopes otherwise, “I think now that we are seeing more and more people use them [greenways] especially during the pandemic, I can’t help but think 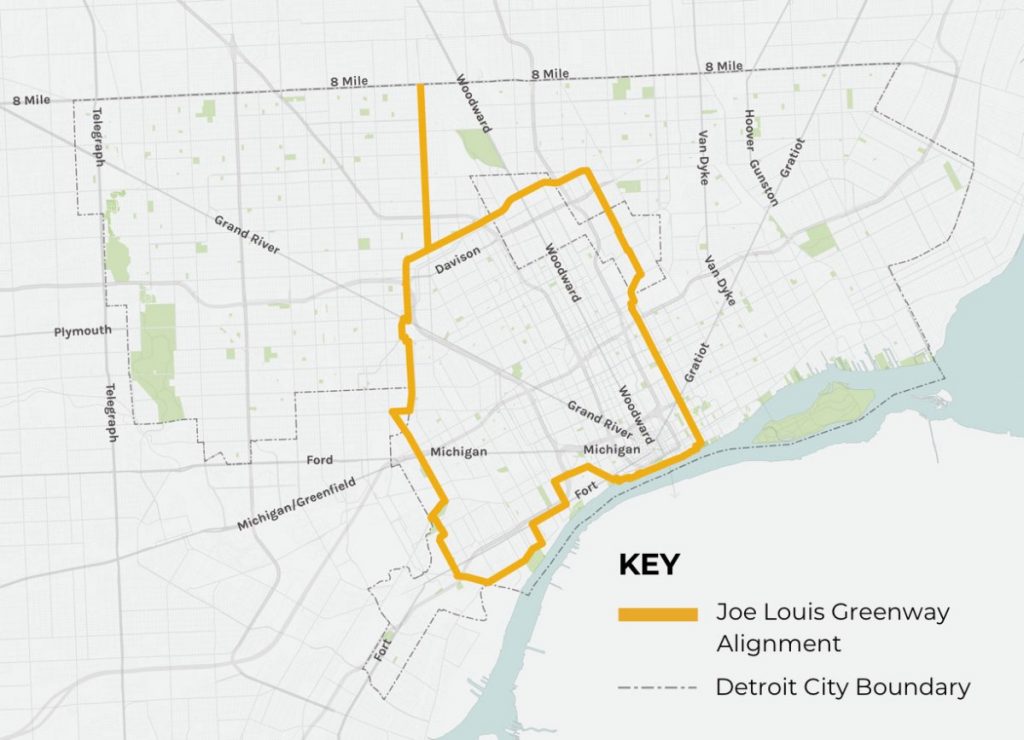 that there’s going to be more support for them.”

Future projects are greatly anticipated by Scott, Pasco, and Benson as progress, halted by the pandemic, is continued once more. The Detroit Greenways Coalition looks to the fall to begin work on the Joe Lewis Greenway, a 32 mile long biking and walking trail. This trail will connect the Detroit Riverfront with Hamtramck, Highland Park, Dearborn, and the Dequindre Cut.

Benson recently helped to organize three separate bike rides as a way to help bring awareness to the importance and safety of bike lanes in Detroit. “I just wanted to expose people,” he says. Judges, practitioners, employees of the water and sewage departments, county commissioners, police officers, employees of Detroit public works, the mayor of Ferndale, and many others took part in these educational rides. “Many people use bikes as their primary source of transportation and they deserve access to safe streets,” Benson says. Grants have been applied for and received to help with continued education and the construction of new bike lanes within the city.

Increased usage of parks and bike paths during the last six months speaks volumes of their true importance. In a country acutely focused on productivity, the demand for greenways throughout the years seems to have been pushed to the wayside. Yet, as responsibilities and societal pressures are removed or lessened because of the pandemic, greenways have become a center for those in search of clarity, exercise, transportation, and community. “People have discovered, or rediscovered, the great outdoors in this pandemic,” Pasco shared.