Reopening the Economy Will Not Be Easy

Public Health Expert, Abdul El-Sayed, Believes There Is Still More Testing to Be Done Before We Can Think of Resuming the “Normalcy” of Post-COVID Life 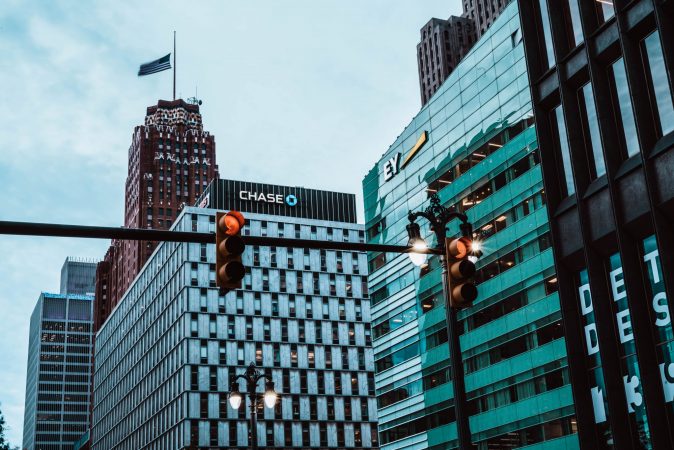 Reopening the economy is on the mind of many. We’ve seen the online memes and astroturfed protests over the past week of people yelling in Lansing about Governor Gretchen Whitmer, fertilizer and the need for hair care. But, despite what Donald Trump rambles on about during his press conferences and what protesters decked out in pseudo-18th-century garb may scream, we are most likely no closer to resuming regular economic activity then we were at the beginning of April.

Although his plan seems to vary daily, Donald Trump shared last week that it’s up to the governors to decide when they will reopen the economy of their state.

“You’re going to call your own shots,” Trump declared during a Thursday afternoon conference call, according to an audio recording published by The Associated Press. “We’re going to be standing alongside of you.”

Although some states such as South Carolina and Georgia have already made plans to reopen their states before May 1, jumping the gun too early will, more than likely lead to a spike in cases, as warned by Dr. Anthony Fauci. Where does Michigan stand? Well, Governor Whitmer wrote that it will take time, and that the state will need a concrete plan of action before any decision is made to move forward on opening the economy.

“Re-engaging our economy won’t happen all at once. It will happen gradually. Over time, people will go back to work, restaurants will reopen and we will be able to spend time with our friends and loved ones,” shared Governor Whitmer in a recently published op-ed piece for the New York Times.

WHAT NEEDS TO BE DONE BEFORE WE CONSIDER REOPENING THE ECONOMY?

– prematurely letting up #socialdistancing could REALLY hurt mitigation effort
– we need more/better #serology studies
– we need more #testing, #tracing, and #serology testing before we can let up on distancing
– we need to count death better

When looking at what first steps need to be taken in order to begin reopening the economy, it comes down to testing, testing, and more testing. Abdul El-Sayed, former Executive Director of the Detroit Health Department and Health Officer for the City of Detroit, a medical doctor, and former candidate in Michigan’s 2018 Democratic gubernatorial primary election, shares similar sentiments as Governor Whitmer, and believes that it will still take time before we can consider reopening the economy both nationally and state-wide.

When asked about how we can begin to start reopening the economy, Sayed shared that before any plans are considered, we would a sustained decrease in cases for at least three weeks. He also stated that we would need a plan in place to deal with any potential case spikes.

“You want to make sure that you’re ready if your plan fails, and there’s a new onset wave of cases that the health system is not shocked again, without the resources that it needs,” he added “So like right now. We need to be stockpiling cases we need to be training up contact personnel, and we need to be making sure that every hospital is fortified with PPE and ventilators, to be able to take care of patients, if we do have another, another spike.”

Testing is where the United States has lacked since the very beginning of the crisis, but it’s not something you can solely blame on states such as Michigan. Sayed believes the federal government should have focused more on producing and stockpiling tests from the very beginning to trace and scale the virus, as other countries such as South Korea had done.

“It’s not the state’s fault, it’s because of the federal government’s incapacity to get ahead of this thing. We don’t have the testing capacity that we need to be able to contact trace and scale the virus, and that’s one of the most important things that you have to be able to do if you want to open up the economy again,” shared Sayed when discussing testing rates in the United States.

When asked about South Korean testing, Sayed responded by saying, “The hard part in learning from their [South Korea] experience was about how proactive they were in the first place. They just had testing and starting to manufacture testing kits in anticipation of the first case. So when it came, they were able to contact trace and scale because the number of cases that they experienced never got high enough to overwhelm their testing capacity because they started early. The mistake that we made is that we didn’t start early. And so we were always behind testing, and so we stayed behind the testing.”

While testing rates have increased according to the Centers for Disease Control and Prevention, the slow response to ramp up testing rates eventually placed the United States where we are today. So long as positive testing rates remain where they are, it will be hard to reopen the US Economy without seeing another spike in cases.

Despite the continued slow rise in the number of cases, a small vocal minority of Americans have been protesting for the economy to reopen, ignoring warnings and social distancing measures. In responding to the protests in Michigan against the stay and home order issued by Govonrer Whitmer, Sayed expressed support for the Governor, saying what she has done was no different than many other Governors, and it’s in the best interest of getting through this crisis.

He also shared that for the protesters, their demonstration was rooted more in politics than in public health.

“I don’t take the protests at face value. I think this is about politics. It was a Donald Trump rally in the form of the protest. which you know only benefited one thing which is coronavirus,” shared Sayed. “So, you know, I would say to them, you’re putting people in harm’s way, and the fastest way to where you want us to get to is that everybody does what they need to do right now to get through this.”

Where America goes within the next few weeks will be rooted in testing, and whether people follow their state’s respective stay at home orders. As some states begin opening next week, the lack of testing paired with early openings could be an indicator of how a second wave spike in COVID-19 cases could look. In the meantime, the safest strategy for everyone is to maintain social distancing and stay home until we have a sustained decrease in cases.