The Economic Fallout of COVID-19. What’s Next?

What Will the Detroit Economy Look Like in the Coming Months According to Forecasters and Small Business Experts? 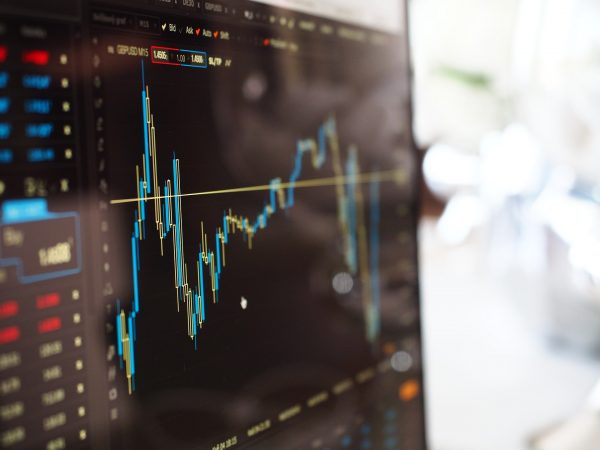 The new reality around COVID-19 has brought about more changes than can be counted. From social distancing to school closures, to the economic fallout many businesses in Detroit will face after weeks of being closed. There really isn’t one predominant prediction as of yet, the virus and the crisis surrounding it are ever-changing, and with it, so too are the economic forecasts.

Speaking with economic forecasters, small business strategists, automotive trend analysts and those knowledgeable of the pulse within the City of Detroit, here are some thoughts from experts about what Detroit, and the country, could expect in the coming months.

THE NATIONAL ECONOMIC FALLOUT OF COVID-19

Some predicted that the American economy was heading for a recession before the onslaught of the COVID-19 crisis, the ongoing pandemic has only exacerbated the anticipated recession. When asked about the current state of the economy, Gabriel Ehrlich, Director of the Research Seminar in Quantitative Economics at the University of Michigan College of Literature, Science, and the Arts said, yes we are definitely in a recession and one that he and others predict will become worse.

“I do believe we’re in a recession right now, and I actually expect it to be pretty severe,” shared Ehrlich, “I think there is a question of how long the recession will be, and the other thing to point out about this is it’s a very different type of recession, then you know the typical recession that we think, because, in many ways, we are actually seeing a decline in the economy right now because that’s an investment in protecting public health.”

Ehrlich believes, that before the economy is going to stabilize itself, the situation of COVID-19 must be addressed.

“The economy is not going to function at its normal level when there’s an extremely infectious disease spreading, and going about your activities can expose you. So I think that the reality is we’ve got to get a handle on the public health aspect before the economy has any chance of getting back to normal,” he shared.

Kristin Dziczek, Vice President of Industry, Labor & Economics at the Center for Automotive Research [CAR], expressed similar points to Ehrlich. While she too believes we are in a recession, she sees multiple factors at play that will impact economic recovery.

“It seems clear we are in a recession, and many indicators have shown the U.S. was in a manufacturing recession prior to the COVID-19 outbreak. The shape of the recovery depends a lot on the government response and ability to get money into the pockets of individuals and business accounts to bridge the shutdown. It’s too early to tell what the eventual recovery will look like,” shared Dziczek.

Another aspect that may be on the minds of many people is unemployment, which has shot up exponentially since the middle of March. The week ending March 28 shows 6.6 million U.S. workers filed for unemployment with a record number of 16 million filing in the last three weeks. Now, a lot of unemployment has been caused due to bars, restaurants, and businesses being closed, and while some do expect to reopen, rising employment rates will not be immediate.

“We will start to see sizeable declines in the unemployment rate, but we’re not going to get back down to three and a half percent or 4% unemployment any time soon. I think that’s unrealistic,” he continued.

The scope of the government’s response will determine much of the outcome. Until the CARES Act is rolled out, and the virus is under control, any economic assumptions are void. But pay close attention to the responses from elected officials at all levels of government, even local government, each will play a role.

Just like when looking at the national economic forecast, there isn’t really a concrete idea of what the next few months will look like locally. There are multiple groups at the city and county level working diligently to support Metro Detroit’s small businesses in this time of need.

Before the COVID-19 crisis, Detroit was on the uptick; investments in new developments, hotels and 100,000 plus attendance conferences coming to town, restaurants seemed to be popping up on every corner with Detroit chefs winning coveted James Beard Awards. According to Carolyn Cassin, President, and CEO of Michigan Women Forward, it’s almost difficult now to remember that time just weeks ago, but that hasn’t stopped the organization and the entrepreneurs they work with from supporting each other.

“It’s really hard to think back, you know, now a month ago, and what an idyllic state we were in, I think before we knew that the world was gonna fall out from under us. We thought we had a pretty robust and exciting entrepreneurial economy here in Detroit,” shared Cassin when asked about the work Michigan Woman Forward was doing before the crisis.

Now, shares Cassin, the organization is working to help its entrepreneurs through aspects such as loan relief.

“Last week and this week we’ve gotten some big, big relief so that almost all of our portfolio, except about 20% of it, we’ve gotten loan relief for them, so that they actually don’t have to pay their loan payments to us,” added Cassin.

The organization is working to support the entrepreneurs not just though loan relief, but also through volunteer support. Amid the ongoing crisis, individuals volunteering with Michigan Woman Forward are working to assist emerging small businesses professional with aspects such as working with Quickbooks, filing paperwork and offering business classes. The organization is looking for support, and those interested in volunteering can find more info here.

Looking towards the next few weeks, Cassin expressed that the norms small business owners had known are changed, and for the community to move forward, there will need to be a period of getting used to the new normal after a period of mourning. 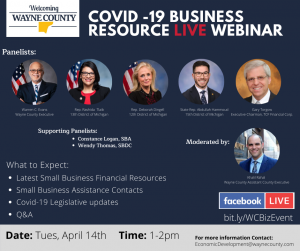 WAYNE COUNTY LIVE WEBINAR TO DISCUSS THE ECONOMIC FALLOUT OF THE CRISIS.

“There are very few people who don’t know somebody who has died from this [COVID-19] in Detroit, and so, you know, there’s there’ll be a lot of missing seats at the table. There’ll be a period of grieving and there’ll be a period where we got to get used to this new normal. But business is certainly going to be very different than it ever was,” shared Cassin. “I think restaurants may be smaller, our events may consist of smaller groups of people. I think we’re going to be figuring out what the new normal is going to look and feel like starting within the next six months.”

The Detroit small business community is not without support from Wayne County. There is currently a partnership with the County and TCF Bank initially meant for low-income census tracks, the program has been changed by the City Council to include businesses affected by coronavirus.

Shannon Selby, Director, Economic Development at Wayne County, Michigan, shared that the county had been working for months before the crisis to strengthen the county’s small businesses. Now, because of the preparedness and work that was achieved, the county is in a fairly good position to support its businesses with some of the programs created. 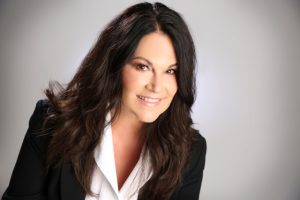 “The county executive division for economic development put together a team with an emphasis on supporting small businesses job retention and keeping Wayne County businesses thriving, that was six months ago, we still have those people in place. We were furloughed on the 13th of March, and we’ve been working hard ever since, weekends, nights, putting together, the grant program, and the TCF Bank program for small businesses that’s has $14 million in it,” shared Selby. “So, in terms of the future between the federal, state, local, and the county level, we are better positioned than we ever have been. No one could see this coming. So we are working diligently on our programs, we have business development managers located throughout the county dedicated to various cities.”

The TCF program is available to businesses that have been established for at least one year, employ fewer than 100 employees, or have suffered substantial hardship of at least 25% loss of revenue due to the COVID-19 crisis. The full set of guidelines can be found here for those looking to take advantage.

According to Selby, TCF has currently logged 420 inquiries, of which 233 are confirmed to be eligible for the program under Wayne County’s requirements, and of those, 89 have submitted completed applications. Of the 89 businesses, 64 have been approved for $1,085,500, and 8 total are closed and funded.

For more guidance on where the future of small business is heading in Detroit, there will be a Wayne County COVID-19 Business Resource Live Webinar on Facebook, Tuesday, April 14, at 1:00 p.m. featuring Wayne County Executive Warren Evans, Congresswoman Rashida Tlaib, and Congresswoman Debbie Dingell among other speakers. For those interested in tuning in, more info about the seminar can be found here.

AND WHAT ABOUT THE AUTOMOTIVE INDUSTRY?

The automotive industry is deep in the middle of the COVID-19 crisis. Many plants and facilities are already converted to manufacture PPE, ventilators, and other supplies needed to help combat the virus. But, what comes after the pandemic starts to subside? 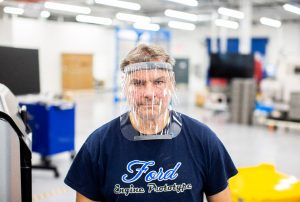 When asked about the future of the automotive industry, Dziczek shared, “I think we’ll see a phased re-start of automotive production once we get past the peak of the COVID-19 outbreak here. Financially and economically, manufacturing is going to have to be back on-line before there is a COVID-19 vaccine, which means there will be a lot of changes in the workplace to try to minimize the potential further spread of the disease. The auto manufacturers and suppliers will have to ramp up gradually because there will still be an unprecedented amount of supply chain disruptions from sources all around the world, demand will likely not snap back to a 16-17 million unit seasonally-adjusted annual rate, and there are significant workforce health and safety concerns and distancing measures that will impact job design and line speeds.”

In terms of automotive sales, Jessica Caldwell, Executive Director of Insights at Edmunds, said Quarter One sales for the automotive industry were the worst since the recession of 2008. It will take time for consumers to bounce back from the hit taken at this time.

“There may be some time in which consumers have to financially recover whether they were furloughed or had to take salary reductions or just laid off temporarily, but you know generally what we’ve seen is that cells do rebound, and sometimes it’s not just in the first month, but it will take a little bit of time going forward,” shared Caldwell, “I think the other challenge for automakers is that summer is usually a good time for them to sell cars, and if people are still financially having hardships and just recovering during the summer, that’ll be tough because usually, automakers will do summer sales events which are, you know, pretty successful for them.”

Caldwell also predicted that sales should begin to return more toward normal in around November when Black Friday sales start. But, like most industries, the complex handling of the virus will determine what happens next.