And Caught Up With the Former Daily Show Host On the Set of the Show. It Was Awesome!

Detroit is the Motor City. Its very foundation is rooted in collaboration. Detroit is also mobility, tech, big business, and startup entrepreneurs embedded in the community, coming up with innovative solutions to evergreen problems. Playing off this collaborative ecosystem has become crucial for those supporting innovation, most notably by Mo Rocca, host of Henry Ford’s Innovation Nation on CBS. 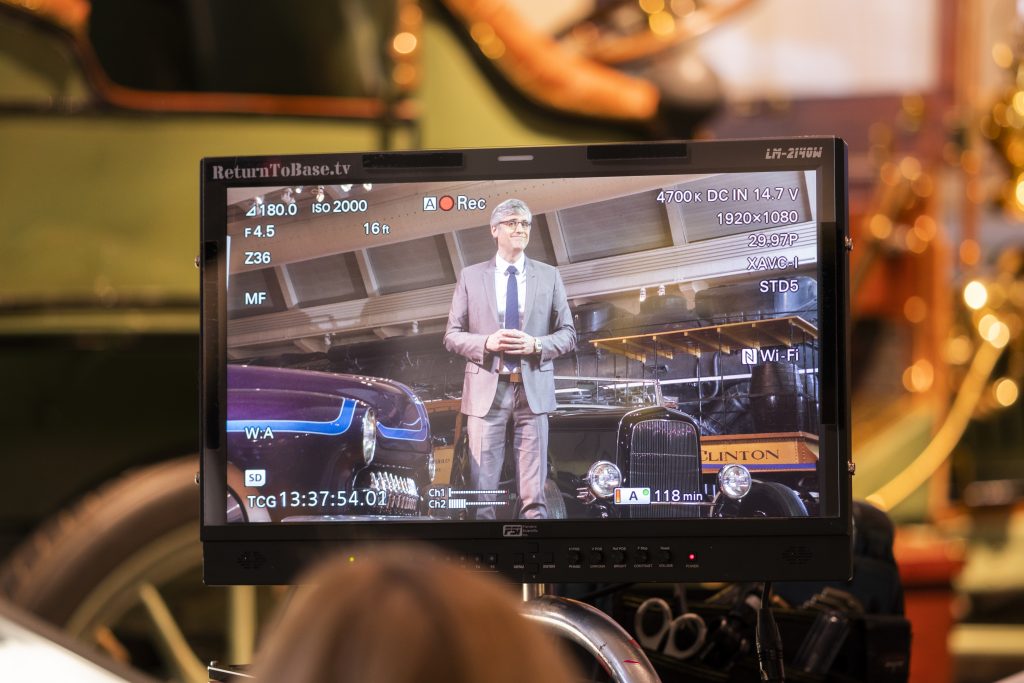 Mo Rocca was raised on television.

“I memorized the TV Guide when I was ten years old. This was pre-cable, so it wasn’t a huge deal, but it was still a lot of TV shows to memorize,” he said.

Years later, he would go on to spend a lot of time on television, most famously as a commentator on VH1’s “I Love the 70s” and “I Love the 80s” and a correspondent on “The Daily Show.”

As a child, he spent Saturday mornings watching Sid & Marty Krofft’s “Land of the Lost”— “It involved dinosaurs. They seemed realistic at the time.”

In this 1970s TV show, a widowed ranger and his two children find themselves stranded on a mysterious island, by way of a waterfall vortex that opens after an earthquake strikes during a rafting expedition. Imagine Gilligans island—with dinosaurs.

Today, Mr. Rocca hosts his own Saturday morning show, Innovation Nation. It’s less fanciful than a Krofft production for sure, but it still captures the imagination. The STEM-themed series explores modern inventions through the lens of the past. Unlike Land of the Lost’s mysterious island, Innovation Nation is set in a very real, and equally exciting, location: the Dearborn’s Henry Ford Museum.

A museum that, it turns out, holds a special place in Mr. Rocca’s heart:

“For years, I had wanted to come visit this museum. I grew up in the Washington DC area with the Smithsonian, I was surrounded by museums, but I read about this museum…One of the major reasons I wanted to get this job and do it was so I could hang out in this museum.  I always try to do things—only do things that I’m genuinely interested in. If you fake it, the audience figures that out.” 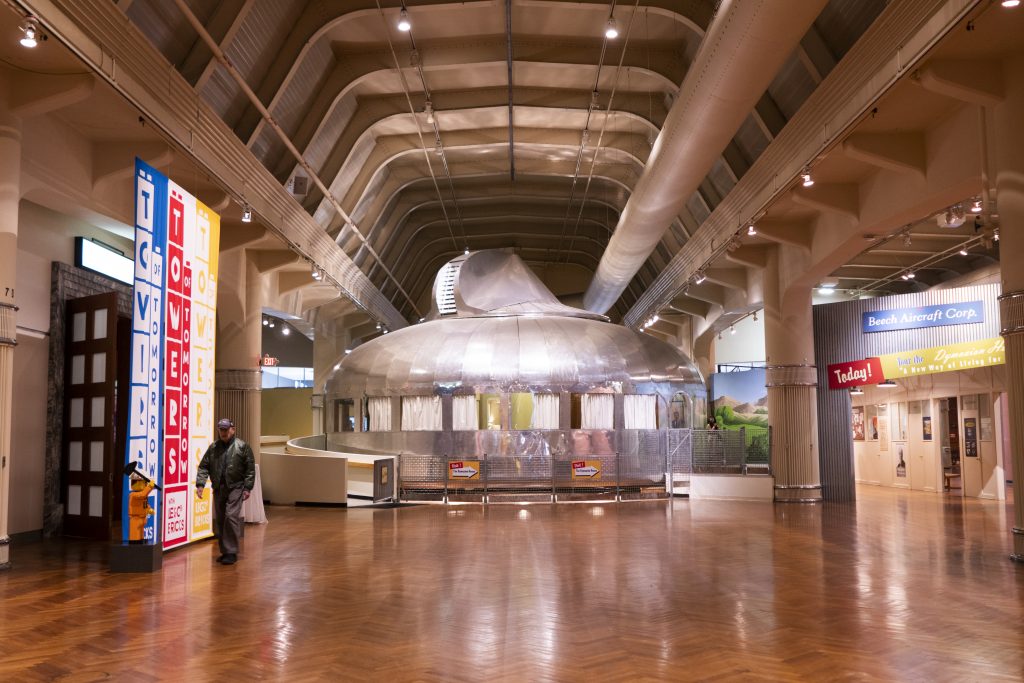 Today’s Saturday mornings television audiences are invited on a field trip to the Henry Ford, where Mo explores innovations of yore as a launchpad into the present: each episode highlights a modern–day innovation or inventor. Past episodes include topics such as bread belt, plastic-eating enzyme and cat shelf.

Expecting every child to be the next Einstein is a bit much but growing up to be the person who invents the next safety slide or sleep watch are dreams that build the future.

We caught up with Mo at the Henry Ford, in-between shoots for Innovation Nation, to learn more about him and his connection to Detroit.  Watch the video and talk to us. What’d you think about Mo and Innovation Nation?