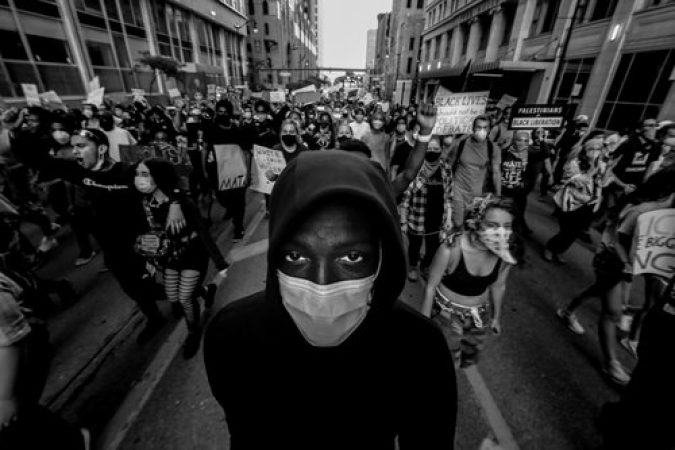 There is a haunting beauty to Detroit. In this new resurgence of the downtown where skyscrapers are once again occupied and businesses are beckoning global employees, away from the downtown, sects of the city remain speckled with abandoned buildings, displaying decaying furniture and peeling paint. Their windows broken, their doors busted, and undergrowth taking hold in a new territory, in this sense the dejected can become beautiful.

The exodus of Detroit, beginning in the ’60s, leading to the financial crisis in the early 2000s, set this tone for the city. Detroit’s landscape is a visual representation of what this city, and its people, have been through. Each building, street, and empty lot tell the stories of Detroiters and their unmatched ability to push forward and overcome the trials at hand.

For local photographer and cinematographer, Stephen McGee, the beauty of the lives lived by this community amongst the broken buildings was too deep a tale to leave untold. McGee moved to Detroit in 2005 to start the video department at the Detroit Free Press. He was then inspired by the landscape, and wanted to dive into exploring the city and to understand the life behind, and intertwined, within it. 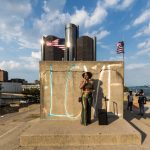 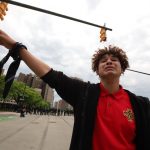 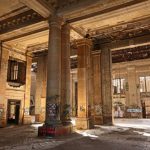 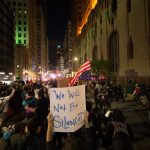 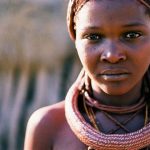 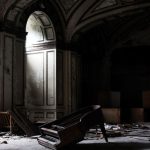 A PIANO STILL STANDS WITH ONE LEG IN THE ABANDONED LEE PLAZA HOTEL IN DETROIT MICHIGAN. PHOTO STEPHEN MCGEE 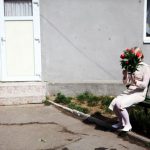 “This city can become part of your identity pretty easily,” says McGee, speaking about his first years here. At this point in his life, McGee had traveled all over the world and had experienced and photographed over 30 countries. Before moving to Detroit, McGee had never been here and was shocked by the number of abandoned buildings, numbering in greater amounts than anywhere else he had been in his life.

Between 2007 and 2010, McGee covered almost every block of the city, exploring as many ruins and buildings as he could. During this time he received calls from major networks asking for a specific negative photographic narrative of Detroit. A narrative imposed by other cities’ viewpoints of Detroit. As McGee tried to shift the narrative away from the outer imposed negative, he realized he needed to, in his own work, take the focus off of buildings and set it on people.

The pendulum had to swing from just photographing the buildings, to seeing the people’s lives, he says.

McGee found himself with an opportunity to explain the truth of Detroit’s story. The people of Detroit were, and are, deeply passionate about this city. Though the city was crumbling as it neared the 2010’s, there were still people living their lives inside the city’s lines.

Around this time, McGee worked alongside Detroit Boxing Gym to produce a film about the importance of the nonprofit. Supposedly, that film brought Madonna to visit the Detroit Boxing Gym unannounced. She then donated to it, allowing them to procure a larger space and to continue their work in the city.

McGee speaks to this, “I’m not pointing this to me. I’m pointing it to the fact that we have content here, as a people, that can direct the entire world.” He continues, “The world is ready for the narrative here to take center stage.”

A few years later, McGee’s first child was born. It was on a day he would remember forever, not only because of her but because Detroit filed for bankruptcy that same day. “For me, it was this connection of new life,” says McGee, “and for the city, it was an awful death.” He continues, saying how this “death” for the city changed his outlook, “It put a lens on all the work I had done over the last 8 or 9 years.” This lens inspired him to look forward, and define even better Detroit’s narrative.

Bedrock, in collaboration with McGee and Big Sean, released a short film two years after Detroit filed bankruptcy. McGee speaks to his motives behind the film, saying he wanted it to be “A film about Detroit for Detroiters.” He goes on to say, “I’m proud to live here, so I wanted to stick that attitude with visuals that didn’t really hype anything but just were beautiful.” He believes that because there was such a negative landscape here, built off of abandonment and disinvestment, that he thought there should be an enormous effort to show the beauty here.

What I’ve seen is authentic people from the East side, the West side, Connor Airport area, caring about our city, wanting to protest this idea [of police brutality], standing together in solidarity, he says.

He even noted that many protesters stood up against other protesters to protect the city in terms of looting and rioting.

As McGee looks ahead, he hopes to soon create and release a book and a film about Detroit. He plans for it to be a collaboration of all the stories he has told and has yet to tell. It will be about Detroit’s fall and resurgence, made to encourage other cities to keep pushing forward.

McGee’s most recent film, in collaboration with Ford and their work on the train station in Corktown, says we should be “Unafraid to go back to the beginning in order to push triumphantly into the future.” Detroit’s story lies in the past, present, and future, and so we must not be afraid to examine our city’s past, but nonetheless push fervently into the future.