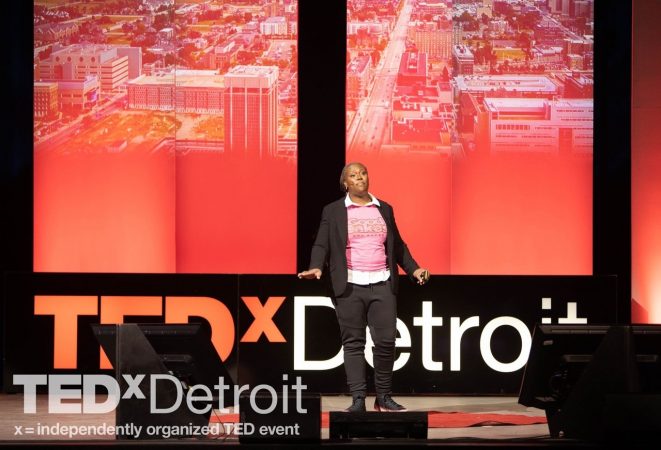 Since 2009, the independently organized event TEDxDetroit has featured more than 250 doctors, filmmakers, educators, engineers, poets, and other game changers hailing from Detroit and around the Great Lakes state. This year, the show will still go on, in a new format.

On Wednesday, September 30, TEDxDetroit presented by United Shore will look different than years past, adopting a new, virtual format and that offers registration free of charge. Those who are interested can register at www.TEDxDetroit.com.

Terry Bean, Executive Producer of TEDxDetroit shares “the virtual nature of this year’s event will allow for experiences we couldn’t even dream of – with everyone being in one place. As 2020 has challenged us all to think outside the box, TEDxDetroit team has been exploring different approaches to the event.”

The conference, which celebrates Technology, Entertainment, and Design (TED) ideas worth spreading, was originally announced in early 2020 and will still offer three talk sessions throughout the day. Although the conference will not be in person, the TEDxDetroit team will bring speakers to the forefront that were previously unable to participate in Detroit in person.

Among the new-to-TEDxDetroit featured speakers will be creatives like Al Jean, a Farmington Hills native and screenwriter best known for his work as executive producer of The Simpsons and Journalist LZ Granderson of ESPN and CNN along with great entrepreneurial minds like Yelitsa Jean-Charles, founder of Healthy Roots Dolls, Jillian Blackwell, enterprise cloud consultant with AWS and Andy Didorosi, founder of Detroit Bus Company and the newly-developed Detroit Hand Sanitizer Company. The full speaker list will be announced closer to the event date as programming is finalized.

CEO and president of United Shore, Mat Ishbia says “Twenty-twenty has pushed us harder than ever before to be more creative and innovative. Sharing ideas and pushing the envelope has never been more important and United Shore is proud to be part of TEDxDetroit.”

All talks will be taped live and presented online in one of three sessions, with many followed by live Q&A opportunities with the speakers and audience. All speakers have ties to Detroit or the Metro Detroit region.

The program will run as follows:

This year’s event will feature:

And returning to TEDxDetroit are: