Detroitisit’s Book List to Dive into for Black History Month 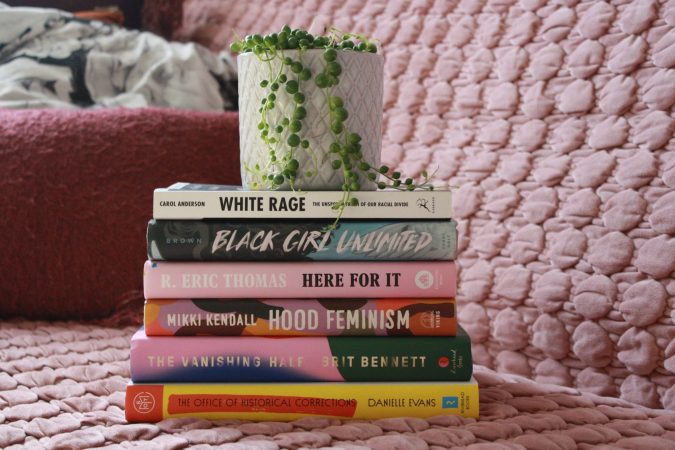 The news cycle is known to change on a dime. Each hour brings a new headline, and each day a new topic. Now that some months have passed since the country’s copious Black Lives Matter protests, February’s focus on Black History brings racial equality and Black stories to the forefront of media. If you’re looking to explore well-written, and well-crafted reads, here is a list of ten, five-star books by Black authors.

What’s in a name? For Austin Channing Brown, a Black woman with a white man’s name, it’s a lot of predetermined prejudice about who she is thought to be. Brown begins this short book in her early years, where she was first confronted with the bias a name can influence and continues to her present-day life as an influential, racial justice writer, producer, and speaker. “I’m Still Here” is a well written, quick read that is uncomfortable at times, and influential throughout.

Here For It by R. Eric Thomas 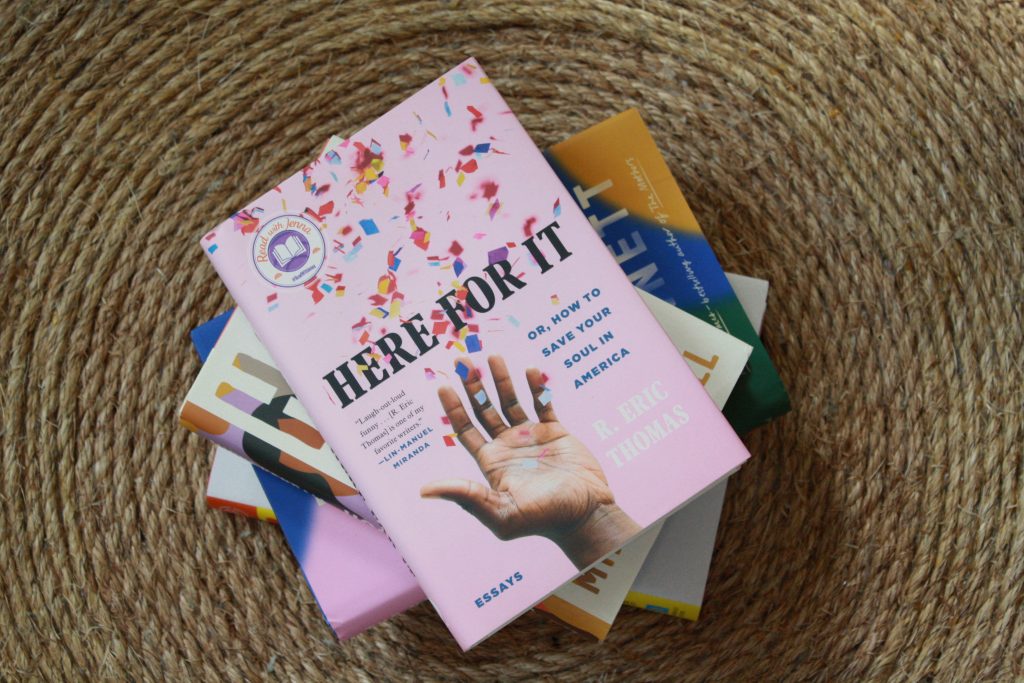 HERE FOR IT BY R. ERIC THOMAS. PHOTO, EMILY FISHER

Eric Thomas, as a writer of a daily, pop culture and political humor column for Elle online, provides an amusing and personal narrative of his life as a gay Black man trying to understand himself. Presented through short essays, Thomas confronts feelings of inadequacy, apathy towards living life, and discusses what it feels like to be an outsider. “Here For It” offers readers many laughs and moments of deep self-assessment due to Thomas’ quirky and illuminating writing style.

“Black Girl Unlimited” is an unusual and darkly magical autobiographical work, combining real-life and wizardry. The novel begins with Echo Brown’s childhood, utilizing magic to bring an understanding of adult topics through a child’s eyes. Brown’s effortless storytelling of hard topics, like drug addiction and sexual violence, make for an eloquent but difficult read.

The Office of Historical Corrections by Danielle Evans

A recent release from late 2020, this collection of short stories and a novella each battle the importance of one’s past and familial history. Each story ranges from family medical history to the confrontation of embedded racism in a small town, and Danielle Evans flawlessly pieces together the puzzles of humankind throughout. She poses ethical questions for her characters, influencing readers to ask themselves much the same—why do we make the decisions we make? Where do our prejudices come from? How can we be honest with our family and friends if we aren’t honest with ourselves?

The Deep by River’s Solomon

Have you ever wondered the origin of Mermaids? “The Deep” by River’s Solomon dives into a tale of the vital history of the Wajinru, mermaid-like creatures that are said to originate from pregnant African women thrown overboard from slave ships. This tale is based off of a song by the musical group Clipping, but the myth itself originated many years prior and was adapted into many forms. A Detroit techno band from the 1990’s named themselves for the myth, referring to themselves as Drexciya, a name for an underwater country of which the Wajinru lived.

Long Way Down by Jason Reynolds

A novel written in verse, “Long Way Down” is a condensed and poetic analysis of the intricacies of inner city gangs, life, death, youth, and the importance of following the rules. The entirety of the novel takes place during Will’s elevator ride from his apartment building’s top floor to the lobby. At each floor, the elevator stops, and Will is confronted by the inner workings of his life and future decisions.

The Vanishing Half by Brit Bennett

“The Vanishing Half” is a beautifully written novel about two twin sisters who run away from their southern, Black town in the 1950’s. Their journey together is cut short, however, as one twin disappears, and the other is left to pick up the pieces and figure out the mystery of her sister’s disappearance. Though this mystery threatens to never be solved, ethics, life choices, and identities are put into question as the novel follows the remaining sister and her daughter. 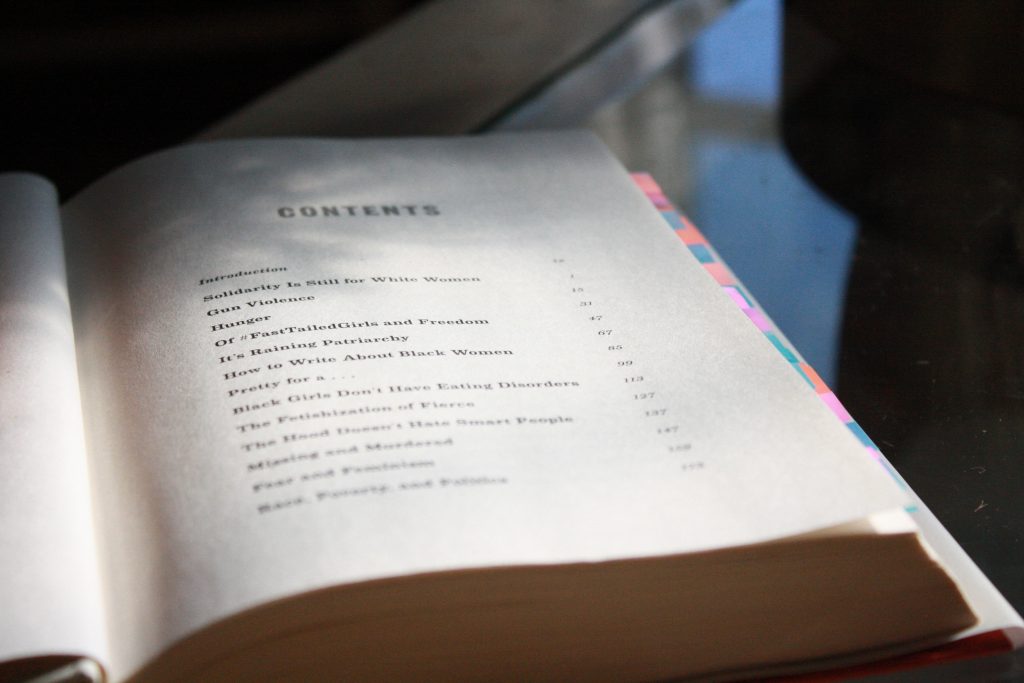 In this informative book, Mikki Kendall puts the focus of each chapter on a topic in which Feminists should fight to find solutions to. To Kendall, Feminism is not simply fighting for equal pay at the office, but it is the work of eradicating food deserts, changing the overarching stereotypes for young Black women, understanding the minutiae of gun violence, and other deeply ingrained inequities in America.

Historically rooted, “White Rage” discusses how racism in America has changed the rules to keep Black Americans from progressing up the socioeconomic ladder. Carol Anderson recalls back to every progression and regression since the Thirteenth Amendment’s passage in 1865. From the end of the Civil War, which was met with Jim Crow, to the enactment of the Civil Rights Act and Voting Rights Act, which were met with the War on Drugs, the acceptance of Black Americans has been made increasingly difficult due to the concept of white rage.

Stamped From the Beginning by Ibram X. Kendi

“Stamped From the Beginning” is an incredibly well researched and written history of racism in America. This book is split into five sections, each named after an influential person in racial history. Beginning with Cotton Mather, who preached racial inequality, through to W.E.B Du Bois and Angela Davis, who were provocative in their antiracist ideologies.

If any of the listed books pique your interest, the provided links lead to Black-owned bookstores in the Metro Detroit area. Both Detroit Book City and Black Stone Bookstore & Cultural Center offer a vast array of books for online purchase. A great way to support local!