After Two Weeks in Office, the 46th President’s Cabinet is Beginning to Fill Out Higher-Level Offices 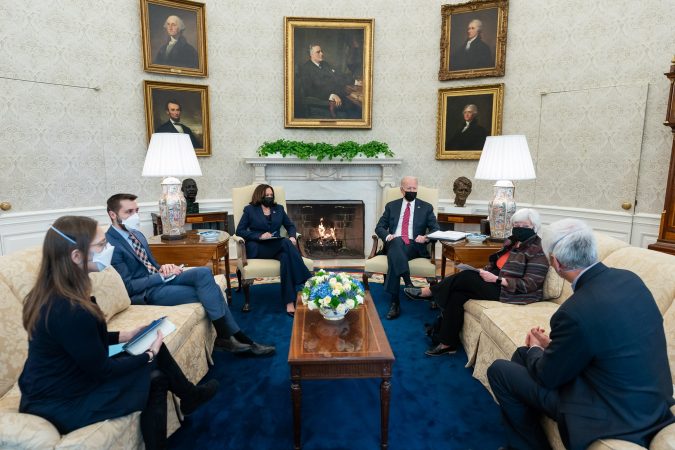 Since taking office, Joe Biden’s administration begins to take shape. Biden’s cabinet-level appointees have been confirmed to the offices of the Director of National Intelligence, Defense Secretary, Treasury Secretary, Secretary of State, and Transportation Secretary.

Let’s take a look at who’s confirmed, who’s still waiting, and what each person brings to this new administration.

I want to thank my colleagues for welcoming me home. pic.twitter.com/sH93UJoaQu

Having served as deputy secretary of state under the Obama administration, Antony Blinken worked closely with Biden in the past. Under the previous administration, he also worked as national security adviser to Vice President Biden, as well as the deputy assistant to President Obama during his first term.

As far as foreign policy matters go, Blinken will likely keep things quieter and more well-composed than the previous Trump administration. Still, businesses is likely to remain the same.

Being confirmed for only a few days, Blinken has so far focused on the Iranian nuclear program, China and Russia. Given these early comments, he will likely continue much of the foreign policy measures that the Trump administration continued from past administrations.

Secretary of the Treasury –  Janet Yellen

We need to act big & act now to help people make it to the other side of the pandemic. The American Rescue Plan has small business in mind— I enjoyed discussing it with a panel of small business owners from across the country yesterday. pic.twitter.com/2r6kwiL7d0

Taking the wheel in the treasury department is Janet Yellen, the first woman to have chaired the Federal Reserve and former vice-chair and chair of the White House Council of Economic Advisers from 1997 until 1999. A familiar face, Yellen has so far focused her attention on pandemic and economic relief.

Yellen’s record isn’t perfect — as  Biden Press Secretary Jen Psakiher dismissed questions of Yellen’s conflicts of interest and her ties to Citadel, a hedge fund that bailed out Melvin Capital, while also being involved in the messy GameStop stock situation — the least that can be said is she is not Steven Mnuchin, giving more hope for some semblance of aid from the Treasury Department.

All gripes aside, Yellen’s appointment is another first in the diverse Biden cabinet, being the first woman to serve as treasury secretary in the country’s history.

Proud and honored to be sworn in today by @VP and ready to represent the great men and women of the Department of Defense. Let’s get to work! pic.twitter.com/xHZpQzf8lu

Heading the Pentagon is another first for inclusion from the Biden administration, Retired Gen. Lloyd Austin, who will be the first Black individual to hold his office. A retired Army general who previously served as the US Central Command commander, Lloyd acquired a special waiver to hold his role given his recent retirement.

Austin’s confirmation has raised concerns given his post-retirement experience, which includes heavy ties to defense contractors. Joining United Technologies Corp’s board in 2016, he later became a director with Raytheon in April of 2020. His appointment to Defense Secretary will reportedly see him collect a $1.7 Million payout tied to his board seat.

As the Biden administration chugs along, it will be interesting to see if Austin’s focus while leading the Pentagon differs from those who came before him.

I’m honored and humbled by today’s vote in the Senate—and ready to get to work @USDOT.

The most recent confirmed member of Biden’s cabinet is Pete Buttigieg, the new Secretary of Transportation who gained a following during his brief presidential run. The former Mayor of South Bend, Indiana, will oversee the nation’s federal highways, pipelines, air traffic controllers and railroads.

As the months move on, Buttigieg’s career will be one to watch given Biden’s focus on infrastructure.

Another familiar name from the Obama administration is none other than Merrick Garland, the former Supreme Court, and current attorney general nominee. A current federal judge on the US Court of Appeals for the DC Circuit, Garland formerly served as the principal associate deputy attorney general.

His appointment for Attorney General seems to be a flashback to the tense battle for the Supreme Court in 2016, with Sen. Lindsey Graham causing trouble during his hearing.

As far as experience goes, Garland — who worked against extremism following the Oklahoma City bombing in 1995 — will be a pivotal voice in the face of rampant right-wing extremism in the country.

Secretary of the Interior – Deb Haaland

Another first is the incredible Deb Haaland, the current U.S. Representative from New Mexico’s 1st congressional district — who would also be the first Native American Cabinet secretary.

Given her overall decent track record, which includes traveling to and standing with the Standing Rock Reservation in North Dakota during the 2016 fight against eh Dakota Access Pipeline, Haaland may be the most fitting pick that Biden has nominated.

While her confirmation has faced pushback from republicans, she is likely to be confirmed in the coming days.

With a name that certainly rings a bell for Michiganders, former governor Jennifer Granholm has been nominated to head the department of energy.

While her transition team did not respond to a request for comment about her plans for the department, her past record included working closely with the auto industry in Michigan. Speculations about her focus as energy secretary seem to point toward a strong focus on electric vehicles, something that could see her old auto industry ties as useful.

As of yet, Granholm is still awaiting confirmation for her nomination.

Other names on the Biden roster include Marcia Fudge as the nominee for housing and urban development secretary, Miguel Cardona as education secretary, Marty Walsh as labor secretary, and Linda Thomas-Greenfield as nominee for UN Ambassador.