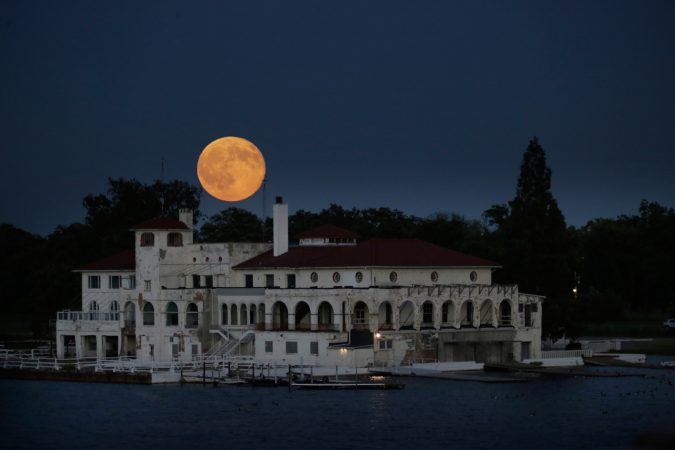 Tonight, on the eve of Detroit’s 320th birthday, the Buck Moon will rise full and is predicted to be surrounded by a reddish glare. The Buck Moon is named after this time of year where bucks grow out their antlers and usually presents as a normal full moon each year. This year, however, as wildfires ravage through the West side of the country as well as Michigan’s Upper Peninsula, the moon will reflect the fiery glow back down to earth. 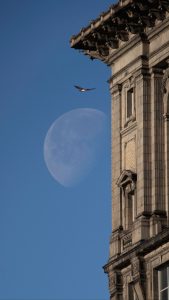 California’s 2020 wildfire season was a record-setting year and unfortunately, it is seeming to continue its destruction of the state, as well as other areas, in the 2021 season. This stark physical reminder of climate change and how the earth is being affected by human life, mimicked by the moon’s glow tonight, is one that is hard to take lightly.

Detroit itself has seen the destruction of climate change over the past month. Though the city hasn’t dealt with fire in the recent weeks, two floods have caused immense amounts of damage for many Detroit and Metro area residents and businesses. Flooding of even greater amounts of destruction has taken place this year in other parts of the world. One of the most recent floods took place just over a week ago in Germany, resulting in over 150 deaths and even more missing persons.

This flooding is simply a taste of what scientists and meteorologists are predicting for the 2030 decade. Due to the continually heightened human carbon footprints, climate change is said to be exacerbated by nature itself, causing even greater amounts of ruin.

In 1728 it was discovered that the moon changes its place in the sky slightly, taking roughly 18.6 years to complete its “wobble” course. According to NASA, “The Moon is in the tide-amplifying part of its cycle now. However, along most U.S. coastlines, sea levels have not risen so much that even with this lunar assist, high tides regularly top flooding thresholds. It will be a different story the next time the cycle comes around to amplify tides again, in the mid-2030s.” 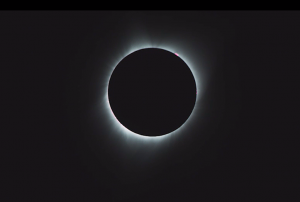 NASA also speaks to where the effects of this predicted flooding will occur, “The higher seas, amplified by the lunar cycle, will cause a leap in flood numbers on almost all U.S. mainland coastlines, Hawaii, and Guam. Only far northern coastlines, including Alaska’s, will be spared for another decade or longer because these land areas are rising due to long-term geological processes.”

This is a terrifying prospect not only because of the devastation this will cause but also because of the inevitability of it. Climate change is an intense topic, yet there are still ways that we can help lower our own carbon footprints and waste. Small things such as using less plastic, driving less and walking more, and utilizing less electricity are a few ways to start. 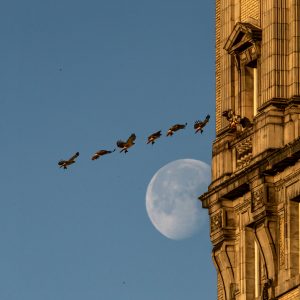 In the grand scheme of things, however, most harmful emissions don’t come from the average Joe, but instead from large corporations, factories, and plants around the world. Along with our own journeys of lessening our amounts of waste, it is important to hold corporations accountable for products and ways of production as we inch closer to the 2030 decade.

As we look to the skies tonight (10:37 pm ET for Detroiters if you wish to see the Buck moon in its full glory) let us remember those lost to these horrific natural disasters and also look to a more responsible and conscious tomorrow. Let us break in Detroit’s birthday with efforts to heal what we can of this beautiful planet we all call home.

Check out Stephen McGee’s other photography on his instagram, and as always, be sure to subscribe to our newsletter for regular updates on all things Detroit and more.