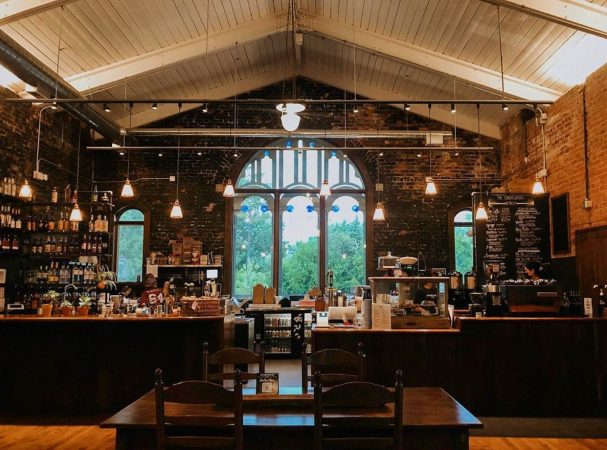 The interpretation of Detroit through each individual differs. What all Detroiters have in common is the love and passion for the community.

As Detroit has gone through many changes over the years, Detroitisit has decided to take a closer look into individual perspectives of how the city has changed, where they anticipate the city to be in the coming years, and what Detroiters can do to support the local community. We are hearing from local business owners, chefs, and community members to understand individual perspectives, passions, and predictions surrounding the city of Detroit.

The Congregation is a revived 1920s church in Detroit’s Boston-Edison neighborhood located at 9321 Rosa Parks Blvd, which operates as a community space and serves as a coffee shop, café, home for local artists to perform, and more.

HOW DO YOU VIEW THE CITY OF DETROIT? 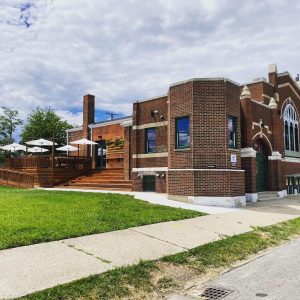 “I’ve been a Detroit resident for almost 10 years now. In my time here I’ve seen a lot of change over that time. When I first moved here I lived in downtown Detroit and then moved to Midtown and then now live in the Boston area, which is also where our business is located. I’ve seen that kind of progression a lot over the same period of time or I see people who move into the city that start downtown and then they slowly move their way out, but still want to be in Detroit proper.

I think because downtown has become so much more developed, a lot of people are much more drawn to living in the city and then they fall in love with it even more than when they originally moved in and want to still be a part of it. But maybe they want to start a family or you know, have a dog in the yard or anything like that. It’s been really nice to see the neighborhoods around the downtown area start to get redeveloped.

We always wanted to live in an area where we could not only know our neighbors, but be friends with our neighbors. We’ve cultivated a lot of relationships and both with people who lived in that area for you know, 20, 30, 40 years and then people who are also new and moving in. It’s really cool to see that diversity that has surrounded us in the community.” 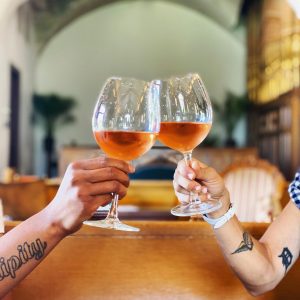 WHAT IS YOUR DEFINITION OF DETROIT?

“I always say, Detroit is probably one of the largest cities, but it’s probably the smallest city at the same time. Everyone knows each other in this community. There are all these very minor degrees of separation, if you don’t know one person, then someone you know probably knows that person. And I’ve learned that a lot through The Congregation, making new connections and connecting those connections to facilitate new relationships. Our business has definitely helped with that aspect of community.”

HOW HAS 2020 AFFECTED THE CONGREGATION’S BUSINESS GOALS AND PERFORMANCE?

2020 has been an interesting year, in so many different ways. The first being because we opened this brand new business in March, less than two weeks before everything got shut down. And so it was, it was awesome. Those are probably two of the best weeks of my life. It was super cool to open this business as so many people may not have even known that they wanted it in their community but it became this kind of anchor in our area because now we are giving people a place to go, grab something to eat, or grab something to drink and meet their neighbors.

Throughout the shutdown, it was very important for us to remain open, even if it was very limited. We wanted to give people the opportunity to still be able to walk out of their house instead of just hanging out in the backyard. Really to give community members somewhere to walk to and have something to do.

Our space was created around the goal of building a sense of community in the area and I think the pandemic has actually strengthened that even more because we’ve been here through this crazy time. Not only have I met a ton of neighbors that I never knew lived in the area, but other neighbors are meeting each other and other kids are meeting each other. It’s really cool to see all of those new relationships, blossom, and grow.

As we continue to expand our hours and expand our offerings, everyone seems to be following along with us. It’s been very exciting, regardless of everything else going on in the world, we actually are very happy with the way things are going. It gives me a lot of hope and faith for the future of Detroit in general because you see more and more people wanting to invest in the neighborhoods and not just in the downtown area. Our whole focus was giving something back to our neighbors and I think we’ve definitely achieved that. We’re constantly thinking of new ways to give them fun programming and music and art, you name it, we’re working on it.

IS THE CONGREGATION OPEN FOR DINE-IN SERVICE NOW? 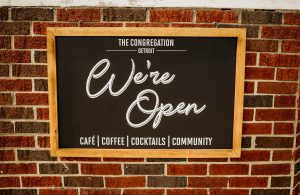 Yes. We are still kind of trying to be a little bit cautious, but at the same time, we expanded our hours a lot quicker than we thought we would because people were asking for it. Once I started bringing my team back, we explored the opportunity of really opening up. We started by expanding on the weekends and then have slowly started adding hours. Right now we’re open Tuesday through Sunday, pretty much at full hours.

Our customers are very respectful and understand that we are trying to be as safe as we possibly can. We want to make sure that all customers that come through the door feel safe. We’ve created this community-focused space and we hope to keep everyone comfortable coming in.”