The Detroit Music Industry Gets a New Sound 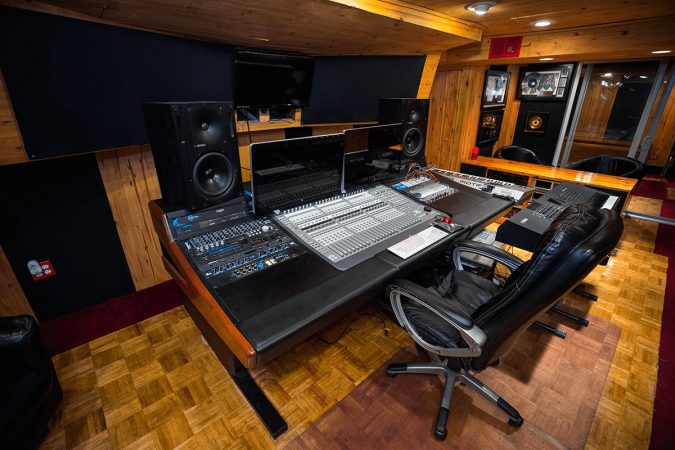 Detroit has spent the last century contributing its own unique flair to the music industry. From genres like hip hop and techno to artists like Aretha Franklin and The Suicide Machines, Detroit’s expansive sound has embedded itself into the heart of the city. For Masterpiece Sound Studios in the Dexter Linwood neighborhood, the passion for music and the range of genres is what sets Detroit apart from the rest of the music industry.

Masterpiece is owned and operated through the Estate of Sylvia Moy LLC. This LLC was founded by Sylvia Moy’s eight

remaining siblings, after her death in 2017, to promote and represent her legacy. Moy, though not as well known as her songs she wrote for other artists, made a lasting impression on Motown in the 1960’s and 70’s.

Moy was given a contract by Motown Records for both recording and songwriting. At the time, however, songwriting was in greater demand, thus that’s where her focus fell. It was stated in Motown’s founder, Berry Gordy’s, autobiography that Moy convinced Gordy to keep Stevie Wonder, post puberty, on the label if she could write him a hit. Thus “Uptight (Everything’s Alright)” was written.

Sylvia Moy’s sister, Celeste Moy, is now the co-manager, along with their brother, of Masterpiece Sound Studios. Celeste Moy discusses Detroit’s sound, “Everybody is so familiar with the Motown Sound, which is kind of synonymous with Detroit. It deserves that position and recognition without a doubt, but Detroit’s music is so much broader than Motown.”

For Detroit, music began in the 1920’s with the Great Migration of African Americans from the rural Southern United States. This specific dark period of racial segregation and racial motivated laws, brought to the Blues and Boogie-woogie sounds to Detroit. Since there were no recording studios in the city at that time, however, many artists traveled to Chicago to record there.

The 1940’s, 50’s, and 60’s brought Gospel and Jazz music to Detroit, along with Motown Records. This featured artists like Gospel singer Della Reese and jazz double bassist Ron Carter, who in 2016 was said to be the most-recorded jazz bassist in history due to his 2,221 record appearances. Motown Records, of course, featured many artists such as Aretha Franklin, The Temptations, and Diana Ross.

Over the next 30 years, Detroit was gripped by a new wave of music including rock and roll, ska, punk, and even the inception of techno. The birth of techno itself is mostly attributed to Detroit’s  Bellevue Three: Juan Atkins, Kevin Saunderson, and Derrick May. All three were friends who created electronic music tracks in their basements. During this time, the Pop and Hip Hop genres brought about artists like Teairra Mari, Insane Clown Posse, Kid Rock, Danny Brown, Tee Grizzley, and Big Sean.

According to Celeste Moy, this history of Detroit’s broad sound is exactly what Masterpiece looks to support. Moy describes Masterpiece as not the only studio in Detroit, but a unique studio because of this. Masterpiece offers studio sessions, videography, and a multimedia service provider, along with other things. This gives artists a one-stop, state of the art, shop.

To Moy Detroit has nowhere to go but up, “I’m really optimistic and excited that Detroit is still in the music industry and playing a prominent role, it has historically and I think it will continue to do so going forward,” she says. Beyond this optimism, Celeste Moy, with a certain recognition of her sister’s great influence through individual songs, says “You can be a great performer, but it all starts with a great song.”

‘Diversity in the D’ Initiative Offers Scholarships and Internship Experience

The Early Worm Gets the Vegetable Seeds

Nearly a Year of Lockdown: Detroit’s History of Stepping Up in Times of Crisis