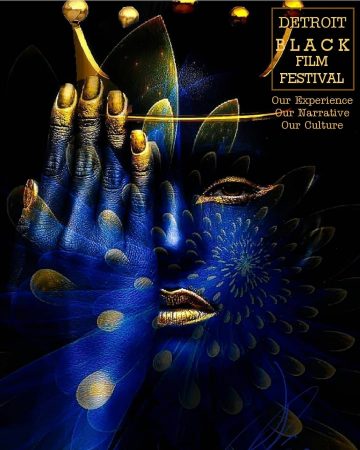 Detroit, it’s time to celebrate the culture of the city and showcase talent from within the community with the inaugural Detroit Black Film Festival. Debuting on September 18, 2020, Trinity Films Entertainment Group (TFEG) will offer the inaugural Detroit Black Film Festival that will feature award-winning films and acclaimed native Detroiters in the film and television industry. The two-day, digital festival is in partnership with the Charles H. Wright Museum of African American History and the Detroit Office of Arts, Culture and Entrepreneurship (ACE).

Over the two day span, the festival will showcase 30 short and feature-length movies created by African-American independent filmmakers, according to festival co-Directors, Lazar and Marshalle Favors. The aim is to elevate narratives that center the experiences and culture of Black people globally.

“Detroit has a wealth of film talent in front of and behind the camera,” said Rochelle Riley, Director of Arts and Culture for the City. “The City is proud to help showcase that talent.”

For more information, film trailers and all films can be seen on The Inaugural Detroit Black Film Festival website. The Tickets are available here. 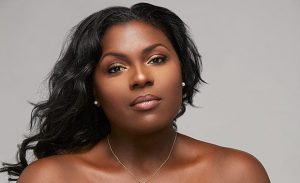 Heading the 2020 festival as an ambassador is famed actress and singer Deborah Joy Winans, who starred in the OWN family drama series “Greenleaf,” which was executive-produced by Oprah Winfrey. Deborah Joy was born into a legendary musical family, but her first passion was acting. She only started singing seriously when she was asked in 2016, along with her brother Juan, to portray their real-life aunt and uncle, Bebe and Cece Winans, on stage in the musical “Born for This.” Deborah Joy has also made guest appearances on multiple Grammy Award-winning projects, such as Mary Mary’s “The Sound” and Kelly Price’s audio book. She also contributed to the “Greenleaf” soundtrack with the single “The Master’s Calling,” which broke the Top 20 on the Gospel Billboard Chart two weeks after its release. Deborah Joy is also featured alongside Grammy Award-winning artist Patti LaBelle on the lead single “Changed” on the Greenleaf Season 3 soundtrack. 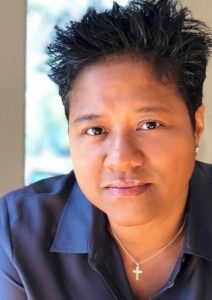 Award-winning Director Christine Swanson’s latest film, “The Clark Sisters: First Ladies of Gospel,” aired in April 2020. The film broke the record on the Lifetime network with a staggering 2.7 million viewers. It was the highest-rated movie on Lifetime in the last four years. To date, the movie has been viewed by almost 14 million people. Christine has developed, written and/or directed movie projects for HBO Films, Magnolia Pictures, State Street Pictures, TV One and Faith Filmworks. Christine received a 2015 NAACP Image Award nomination for Outstanding Direction of a Television Motion Picture. Other award-winning projects Christine has written and/or directed include: “Two Seasons” (winner of the HBO Short Film Competition and a Sundance selection) and “All About You” starring Renée Elise Goldsberry, Terron Brooks and Debbie Allen. The film won the Audience Choice Award at the Chicago International Film Festival, the Grand Jury Prize Hollywood Black Film Festival and the Festival Award at the Pan African Film Festival. 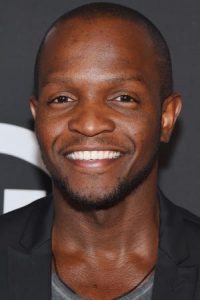 Qasim “Q” Basir is an award-winning filmmaker, whose 2010 first feature film “MOOZ-lum”, starred Nia Long, Evan Ross and Danny Glover. The coming-of-age tale about a Muslim boy going to college around the September 11 attacks received critical acclaim, with nominations for the NAACP Image Awards and the Black Reel Awards. It won Best Narrative Feature at the 14th Annual Urban World Film Festival in New York. Basir also wrote and directed “Destined,” starring Cory Hardrict. Basir won Best Director at the American Black Film Festival for that film. His film “A Boy, A Girl, A Dream,” starring Omari Hardwick and Meagan Good was selected for the 2018 Sundance Film Festival. Rochelle Riley will interview him. 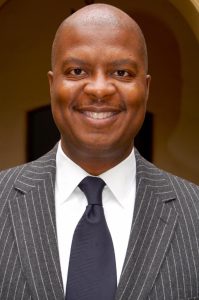 Michael Swanson is an Emmy Award-winning producer and studio executive, who has produced critically acclaimed films for the past 20 years through his production company, Faith Filmworks. In 2010, Michael was invited to join NBC Universal as a studio production executive for Universal Television. He oversees production operations for some of the studio’s most popular TV series including “Brooklyn Nine-Nine” (Fox) starring Andy Samberg and Andre Braugher, “Master of None” (Netflix) starring Aziz Ansari, “The Good Place” (NBC) starring Kristen Bell and Ted Danson, “Parks and Recreation” (NBC) starring Amy Poehler, “Community” (NBC/Yahoo) starring Joel McHale, Murray Povich (Syndication) and “Food Fighter” (NBC). Michael’s other productions include the multiple award-winning romantic feature films, “All About You” and “All About Us,” written and directed by his wife, filmmaker Christine Swanson. “All About Us” stars Boris Kodjoe, Ryan Bathé, the late Ruby Dee and a special appearance by Academy Award winner, Morgan Freeman. 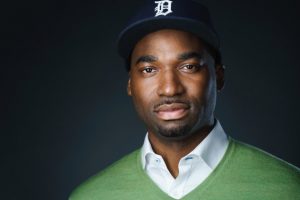 Bryan Smiley is President of Film and Television for mega-comedian Kevin Hart’s Hartbeat Productions. Smiley is the former Vice President Of Production for Sony Pictures Entertainment. Smiley was instrumental in the multi-year development and production deal with superstar athlete Stephen Curry across its film, television, and worldwide partnerships operations in the biggest media deal of any athlete to date. Before joining Columbia Pictures, Smiley co-founded No Label Productions, a multicultural film & television company. He has also consulted for several top media companies including Fox Digital Entertainment and Fox Digital Studios. 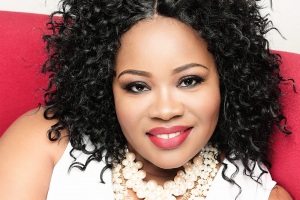 The festival will feature a celebrity interview with Mara Hall, who has worked on a number of independent projects and starred in such TV shows as “Saints & Sinners,” “Scandal,” and “Grey’s Anatomy.” She currently portrays Darcia Lancaster on the OW hit drama, “Ambitions.”