Hey Detroit, Remember This One? 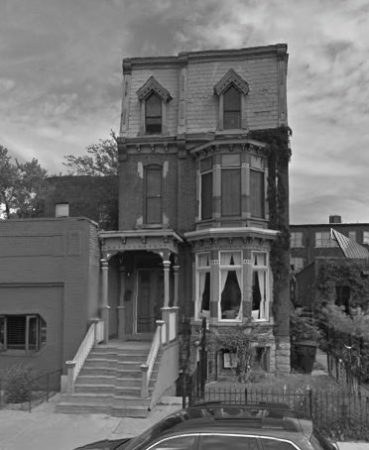 Before the White Stripes and the Gold Dollar the Cass Corridor defined the Detroit Sound, a venue called Zoots paved the way for things to come. From 1994-1998, this house on Prentice Street hosted many acts—some of national fame and others who would go onto it, including Braid, Sleater Kinney, The Get Up Kids, The Mountain Goats and the Silver Apples.

Locally, bands like Outrageous Cherry. Windy and Carl and Godzilla played there. Godzilla member, Dion Fischer, would go on to open the UFO Factory.

And a music collective called “To Live and Shave in LA,” whose later collaborators include Andrew WK.

It’s so much that we’re taking a moment of gratitude for Zoot’s booking agent, Greg Baise, whose Detroit resume includes booking for the Magic Stick (when it was still IT) and MOCAD, and a hosting a radio show for American Apparel, who printed a t-shirt with his face.

Despite all that, it seems little has been written on the venue, so we were lucky to catch up with one of its original employees, Colleen Dureno, who shared some of the history with us.

The unexpected home that housed Zoots sits in the heart of Midtown, down the street from Shinola Hotel, in the city’s shopping and restaurant row. Back in the 90s, Colleen recalls “the property was worthless and people with money didn’t often venture down to that area.” The house was owned by a flutist you played in the DSO, whose son lived in the house and rented it to Zoot’s owner, Dan, who named the venue after his doberman.

“Zoots opened as a coffee shop,” says Colleen, “but I don’t remember much coffee ever being served. There was no liquor license yet there was lots of beer and occasionally other things!”

These were simpler times when summer was marked by the Fourth Street Fair, Dally in the Alley still took place in one alley and legality wasn’t as much a barrier as something to be taken into consideration.

“All of us were involved in our lives and projects. No one had any idea so many famous artists would spill out of that singular venue. We just imagined we were hanging on the stoop drinking malt liquor and bringing in good bands.”