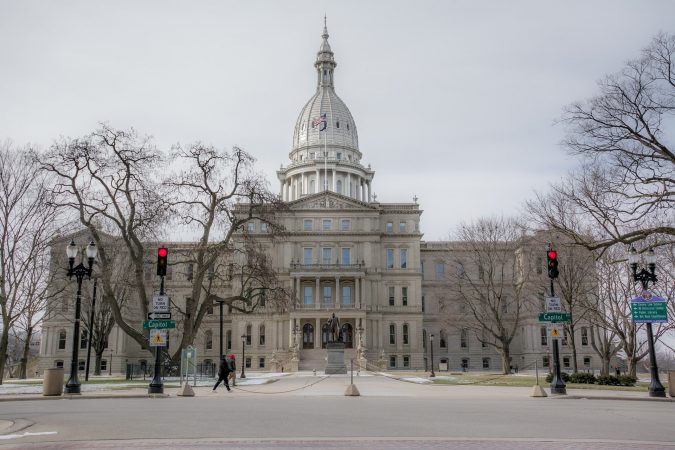 In news that just never seems to end, threats of violence again rocked Lansing and the Michigan State Legislature, causing the closure of State House and Senate office buildings, as well as the Capitol Building itself. Citing concerns of violence that have ceased to dissipate over the past few months, the planned meeting to certify the Electoral College results of the 2020 election was one of the latest reasons for closure.

With Biden winning Michigan by 154,000 votes and thus claiming Michigan’s 16 electoral votes, the Electoral College met to formally certify the results. Yet, in the hours before the meeting, concerns arose after Rep. Gary Eisen, a Republican, hinted that he and others planned to disrupt the Electoral College vote in Lansing, stating “it’ll be all over the news later on.”

The comments from Eisen come after Michigan lawmakers like Democrat Rep. Cynthia Johnson of Detroit faced death threats and harassment over the 2020 election results, a situation that saw Johnson removed from her committee roles after she defended herself on video. While Johnson’s removal has been challenged, as karma would have it, Eisen will face similar treatment after members of Michigan’s Republican party issued light statements pushing back against his comments while also stating that he has been removed from his larger roles.

Eisen later stated that he regretted any confusion over his comments and claimed that he no longer had plans to head to the capitol in protest.

Rep. Eisen: “I regret the confusion over my comments this morning, and I want to assure everyone that those of us who are supporting an alternative slate of electors intend to do so peacefully and legally… I no longer plan to go to the Capitol with that group today.”

With the meeting to certify the Electoral College votes beginning at 2 pm, a group of Republican electors attempted to enter from the side of Michigan’s Capitol Building but were promptly stopped by State Police. Yet, despite the morning’s theatrics, the situation in Lansing has remained calm and electors have begun to count eh vote. The live stream of the counting process can be watched here.

Michigan Republicans come to the side of the capital building and request entrance. State police stop them pic.twitter.com/gzHvLPQRtV

Protests at the Michigan Capitol, as well as the threats of death and harassment, have persisted in Michigan since before the election, as gun-touting individuals opposed to any COVID-19 lockdown precautions busted their way onto the floor of the capitol building back in May. Recently, as the weeks following Joe Biden’s November win, threats against legislators, Governor Whitmer and Secretary of State Jocelyn Benson have persisted, with a group of individuals gathering outside of Benson’s home in early December.

As the situation develops, further updates will be provided. In the meantime, be sure to subscribe to our newsletter for the latest on all things Detroit.