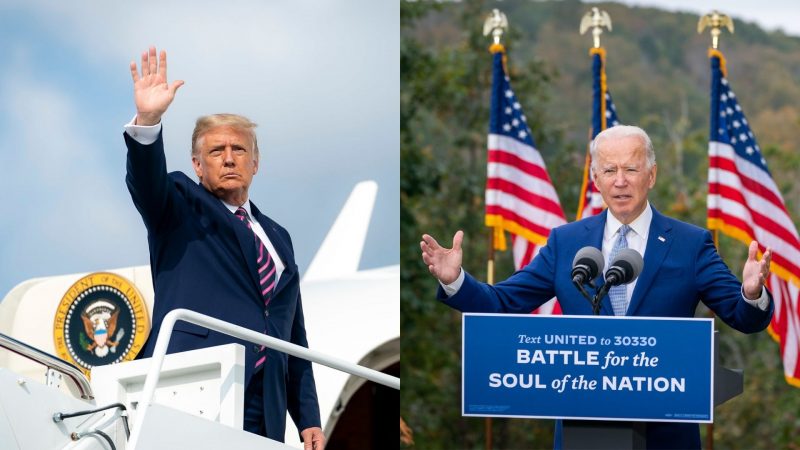 The last two mornings an anxious population awaits the results of an election that shattered voting records back to the year 1908. Some spent hours in line waiting to cast their vote, others volunteered long hours texting and sending calls, while some simply stared at social media for hours on end awaiting what they hoped would be good news.

As both days dawn, the country balances amid multiple conflicting claims and a slew of uncounted mail-in ballots. For the results from Michigan, New York Times reported that Joe Biden had won Michigan with 49.8 percent of the vote.

Thus, in the face of uncertainty and mixed messages, let’s look where matters stand the morning of November 5.

The leadup to the election, as one viral Tweet put it, seemed like the leadup to a natural disaster. Cities boarded up windows akin to a hurricane, while the National Guard was mobilized in states across the country, all responses to potential violence.

Following a long day, election night ended in a nailbiter. Trump won key victories in Florida, Texas, Wisconsin and Ohio, while Biden stayed strong in California, New York, New Hampshire and Colorado. As Biden urged his supporters to “have faith” toward the end of the night and for every vote to be counted, this was not the case for Trump.

In a late-night speech from the East Room of the White House, Donald Trump claimed he won the election despite the fact that the votes in many states are still being counted.

“We’ll be going to the US Supreme Court because frankly, we did win the election,” stated Trump in his late-night speech as he falsely claimed victory.

What happens next will more than likely change within the day. As fears of violence brews over the reaction to the election, voters and groups such as Detroit Will Breath have already announced demonstrations.

As results are reported in the coming days, the status of the election will be updated accordingly.

A NEED FOR A CHANGE

COVID-19 complicated the election, that’s an indisputable fact. However, in cities like Detroit, efforts were made to make voting easier, a move that can also be applied to the state level in Michigan with countless pushes coming out of the office of Secretary of State. Yet, while some made efforts to make voting easier and more accessible to everyone, others, such as Donald Trump himself, have further fought to suppress and sway the vote.

Claims of the dangers of mail-in voting spewed out of Donald Trump’s mouth constantly, while intimidation and robocalls targeted at cities like Detroit and Flint. The electoral system did not have to be this way, voting turnout should and could easily be higher, yet there is constant pushback from so many at the top.

While Americans wait in seemingly perpetual anxiousness for a concrete idea of who the next president will be, it’s important to remember even the most meager alternatives to the current way we vote.

Gerrymandering and matters of corruption aside, a way of creating a more democratic race free from the blunders of the broken electoral college would be to run on a Ranked Choice Voting System. Such an idea is not an impossible pie in the sky idea, as states like Maine use this method of voting, leading to freer and fairer elections.

The organization, Fair Vote, used the following to describe a system utilizing ranked choice, “In races where voters select one winner, if a candidate receives more than half of the first choices, that candidate wins, just like in any other election. However, if there is no majority winner after counting first choices, the race is decided by an “instant runoff.” The candidate with the fewest votes is eliminated, and voters who picked that candidate as ‘number 1’ will have their votes count for their next choice. This process continues until there’s a majority winner or a candidate won with more than half of the vote.”

While Maine is the only state to utilize the process state-wide, cities like Eastpointe and Ferndale utilize the method of vote-taking in local elections. The result in most cases is that more people have a greater say, something lacking with the archaic electoral college in which only 21 counties play a major difference in determining the President.

As other matters like Gerrymandering severely distort American democracy, States like Michigan had made attempts to curb the problem by setting up committees to redraw districts in a fair and democratic matter. But, the problem will not be fixed overnight and America’s archaic system has been laid bare amid COVID.

Change is needed now more than ever and with the coming months seeming as murky as ever, some sort of change will need to happen.

Subscribe to our newsletter here for information pertaining to Detroit and Michigan following this 2020 election.