As More Sports Teams Ramp up Efforts To Increase Voter Turnout, the Detroit Pistons Are Working With Their Community To Get Out the Vote 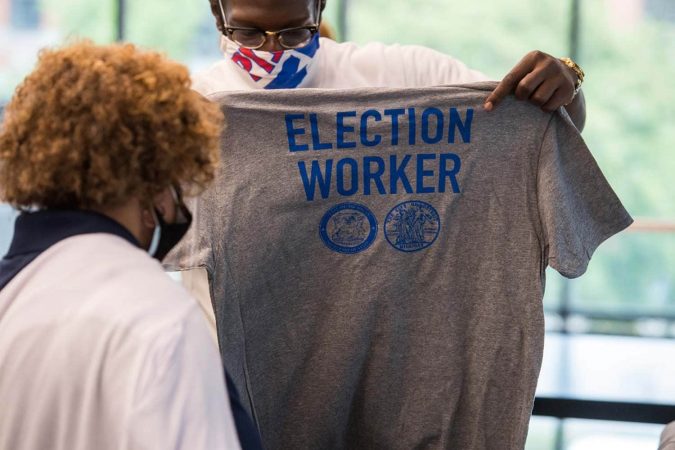 The Detroit Pistons were one of the first NBA teams to turn a team-owned facility into a voting location for the 2020 general election when they announced their partnership with Michigan Secretary of the State Jocelyn Benson’s office back in early July. Since this move, various teams in the NBA have followed suit with similar voter outreach programs and commitments. 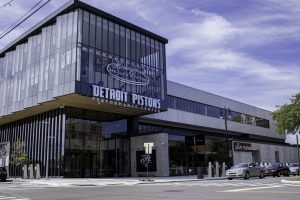 While the Henry Ford Detroit Pistons Performance Center was still being converted during the Primary election, the team aims to have the center fully equipped to work as a voting location on November 3. In the meantime, the Pistons have expanded its outreach in the city through the production of PSA’s and direct neighborhood outreach.

“We’ve got a lot of positive feedback. In terms of, we have a unique platform where sometimes we can reach demographics and groups that others can’t. So we’re definitely using that to amplify the message,” shares Erika Swilley, Vice President of Community & Social Responsibility, while discussing the Pistons voter outreach efforts.

“We’ve been able to do some creative things out in the community and Market. Same with the census event that we are planning on September 12 and 19, where we actually go to the neighborhoods and register people and have them fill out the census. We’re doing some things like bringing out a DJ, bringing out food trucks and just really trying to create not just a fun atmosphere but also do important work,” continues Swilley. “I think the community has been receptive in terms of our move downtown. We were very intentional in terms of us being a community asset when we moved here and I think what we’re doing currently shows our commitment to helping to reach people.”

While the Pistons have created PSA’s featuring familiar faces such as Dave Bing and Rick Mahorn that stress the importance of voting, individual players have also taken to social media to express their sentiments. Thon Maker, who is unable to vote due to not being a U.S. citizen, took to his personal accounts to encourage his followers to take advantage of their right to vote and make their voices heard.

“As a foreigner, a former immigrant and somebody who can’t vote in the November 2020 elections, I ask you, please vote,” Maker shares in his short PSA.

It is your right and duty as a citizen, so many issues are in the hands of our country’s leaders, especially for immigrants. Border policy, family separation, refugee policy, visas, employment, healthcare, the list goes on and on. Those who have the right to vote, please use it for those who don’t, but wish their voices could be heard.

The Pistons also have events planned for later in the month of September, including an event on the 24th that will feature players helping individuals register to vote. More information about the Pistons voter drive can be found in the voting section of their official website.

With only a few months until November, ensuring you’re prepared to vote is essential. To make sure you’re registered, be sure to check our guide and to vote in-person or through the mail by November 3.