Almost Out of Office, Trump May Have Committed Election Fraud in a Leaked Nixonian Style Recording

On Saturday, Trump Instigated an Hour-Long Call with Brad Raffensperger, Georgia’s Secretary of State, Where the President Urged Him To Alter the State’s 2020 Election Results 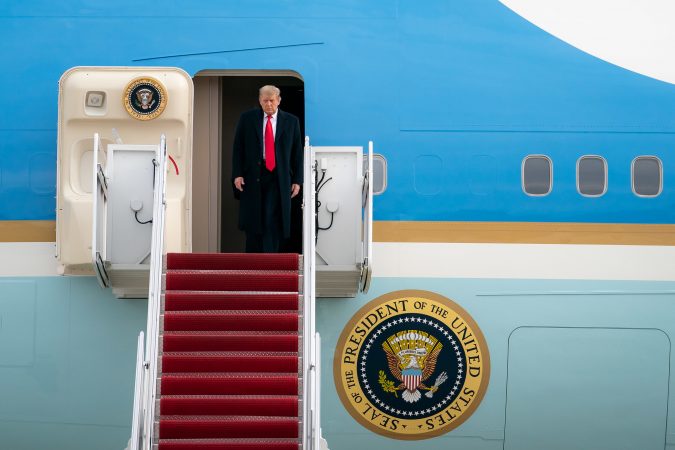 As is the case with the Election in 2016 that preceded it, the 2020 Presidential Election seems to be without end. Having yet to fully come to terms with his failed reelection bid, President Donald Trump was heard in a leaked recording with Georgia’s Secretary of State and aides over the weekend, urging officials to “find votes” for him in the state. The move comes a little more than two weeks before President-elect Biden’s inauguration, bringing new calls for impeachment and legal action.

“All I want to do is this. I just want to find 11,780 votes, which is one more than we have because we won the state,” Trump stated to Ryan Germany, a lawyer representing Georgia’s secretary of state’s office, during his weekend call. “And flipping the state is a great testament to our country because, you know, this is — it’s a testament that they can admit to a mistake or whatever you want to call it.”

A FAMILIAR FEEL OF ELECTION FRAUD

For those who have a keen ear for history, hearing the angered voice of the president in the recordings instantly gives off a Richard Nixon and Watergate vibe. So simmer is the Nixonian feel that Carl Bernstein, who helped break the Watergate scandal, called Trump’s leaked audio “far worse” than the 1972 political scandal.

With all laid bare, the question of which laws were broken by the President remains, as well as whether or not the president may utilize certain executive privileges to protect himself. However, one thing seems to be certain based on the opinion of legal experts, Trump may have violated Georgia state law, this giving him no legal justification for a self-pardon.

As leaders in the Democratic Party have stated they will “not looking backwards,” in response to questions about further impeachment proceedings against Trump, what actions if any, he may face remains unknown. In the meanwhile, the Democrats stated they will instead focus on the pandemic and economic crisis, all while the situation leading up to Biden’s inauguration is becoming all the odder given the total lack of cooperation and acknowledgment from the current administration.

Under the very first point of the law, it’s stated, “(a) (1) A person commits the offense of criminal solicitation to commit election fraud in the first degree when, with the intent that another person engages in conduct constituting a felony under this article, he or she solicits, requests, commands, importunes, or otherwise attempts to cause the other person to engage in such conduct.”

Thus, given the aforementioned statement under the law, Trump’s request to acquire more votes can be looked at as election fraud. Shugerman’s point comes as legal experts across the spectrum weighed in on the president’s actions.

While the unlawful or lawful aspects of Trump’s actions are debated, the question of what comes next remains. A question that really leads to nothing more than further questions.

Will the president actually face consequences and will change come to a system that led to Trump’s rise to begin with?

With the fall of Nixon in the 1970s, much of the country chose to brush over the structural problems that led to the Watergate corruption scandal, in favor of putting the blame solely on the individual. Nixon was pardoned, to “heal the nation,” while a few people involved faced consequences. Ultimately, as the country moved on, the framework that allowed enabled corruption inside the Nixon administration festered through multiple administrations and scandals, remaining virtually untouched to today.

With Trump already touting legal loopholes and executive power, while those loyal to him collectively gaslight entire populations with claims of stolen elections, it’s crucial that this time, the elephant in the room is addressed. Will a president who blatantly broke the law finally face prosecution?

With mere days until the January 6 congressional session governing the counting of Electoral College votes, the situation is foggy. Dozens of challenges to election results remain from pro-trump legislators in both the House of Representatives and the Senate, while some slightly moderate Republicans like Mitt Romney and Pat Toomey, create contrast by coming out against Trump’s claims of a stolen election. All the while, Trump has encouraged his supporters to convene in DC on Jan 6, creating a precarious and tense situation.

In the end, however, while Trump may keep harping in an effort to delegitimize the process, his recording and his belief in overturning the election results in Georgia mean very little for his chances at the end of the day. Even though some magically successful election tampering, a Trump win in Georgia would still mean he lost since the electoral votes gained would leave the results at 306 for Biden, vs 232 for Trump.

Further updates on the matter will be provided and be sure to subscribe to our newsletter for the latest of Detroit and more.