No, Trump Does Not Have the Power to Delay an Election, But His Tweets Should Be Carefully Watched 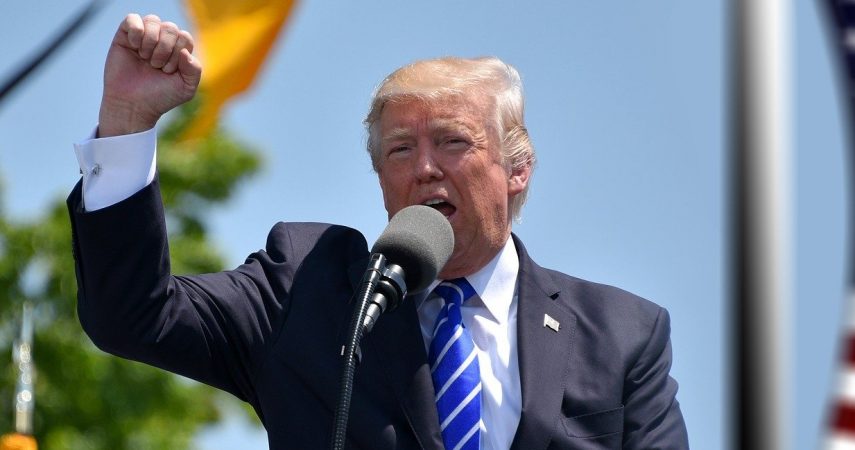 Last week, in light of COVID-19 and an ongoing protest movement, Donald Trump Tweeted a suggestion that the 2020 election be delayed, once again accidentally letting his more fascistic side out. To be clear, he does not have the authority nor the power to make such a move due to an 1845 law, which set Election Day as a set date for the entire country.

Under the law, no power vests in the Executive Branch to make changes to this procedure, Election Day will remain the first Tuesday after the first Monday in November unless Congress steps in to make a change. Since members of the Republican and Democratic wings instantly shot down Trump’s idea, as well as the fact that elections have persisted through moments such as the Civil War, both World War’s and the Great Depression, there is a slim to zero chance of COVID-19 warranting a change of date for the 2020 election.

This doesn’t mean Trump’s words should be outright ignored though, instead, we should treat them as a warry reminder to prepare for a challenging outcome come November. Given sliding poll numbers and a rash of backlash following the U.S. government’s terrible coronavirus response, Trump is panicking, a move that shouldn’t be underestimated nor ignored given his crafty conman nature of playing politics.

Trump’s desire to win reelection in November means he will utilize everything in his power to defeat the Democratic candidate Joe Biden. Biden’s conservative stance on issues from healthcare to Federal Marijuana legislation could provide Trump the chance to outflank him on the left on policy issues in the lead up to the November election.

Last week, the incumbent President seemed to dabble in this strategy when he Tweeted, “I actually agree with this. Too much income disparity. Changes must be made, and soon!” in response to an article about the rise of stark income inequality in the United States. For those who have been paying attention to the president’s actions, they know this is Trump laying into trending topics, with no strategy, but for an uninformed voter, by Trump sharing a Tweet about income disparity they may find it confusing, especially given the lack of a Democratic acknowledgment of the topic.

Democrats need to ensure that when running with Joe Biden, they’re not losing ground to Trump on matters such as income disparity, or healthcare, as making minor concessions to matters such as income disparity comes right out of the right-populist playbook. It will be crucial for members of the media, those in the government and voters themselves to call Trump out on any policy he proposes leading up to November since there isn’t a way of telling what he will pull out of his box of lies as he struggles to keep himself in power.

Another matter to prepare for is the possibility that even if Joe Biden does beat Trump, he could refuse to step down after the election results are announced. This is especially precarious given his utter discontent for mail-in voting procedures.

Should such a scenario arise, the 20th Amendment to the Constitution will be the first line of defense, as it establishes that the president’s term ends January 20 at noon. If at that time the president and vice president have not yet been chosen by the electoral college, or in the case of Trump refusing to concede, the speaker of the House of Representatives will become president.

Given Nancy Pelosi still faces a Primary challenge, as well as the fact that a new Speaker will more than likely be chosen by January 2021, it’s unsure yet who would fill this role. However, the process remains to be activated should such an event arise.

While Joe Biden is showing an enormous lead in just about every poll, 2016 showed that this does not automatically guarantee a win and the Democratic Party will need to ensure the 2020 race isn’t a repeat. This means Biden supporters will need to campaign hard by making calls, sending text’s and going beyond simply assuming people will turn out based on anti-Trump sentiment alone.

Donald Trump is a populist who knows how to play the crowd. In order to successfully bring an end to his divisive politics, Democrats need to fight back with just as ferocious a force and prove that they will materially change the conditions that lead to Trump’s rise in the first place.

Voting is the bare minimum every citizen can do to play their part in a free democracy. If you have not registered yet, or are still confused about the process, please check out our helpful resource here.