Unsolicited Advice, We Pay a Visit to Palmer Park

And Share a Few Thoughts on the Other Belle Isle 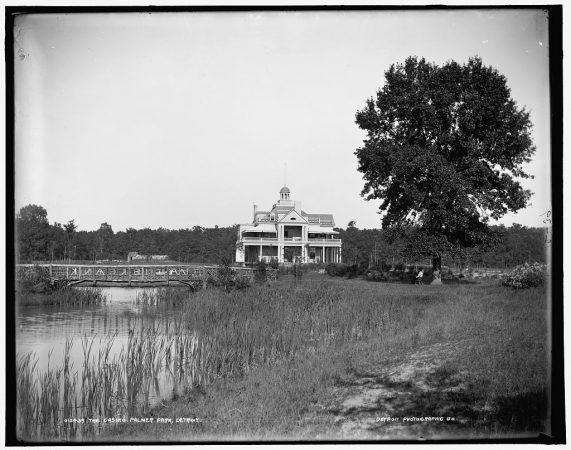 Last week our friend Larry Mongo and his friend Rod Lockwood announced a pitch to develop nearly half of Palmer Park. They have big ideas, featuring luxury condos and a flying carpet for children. It’s sort of like that time the two set out to buy Belle Isle—and secede from the country. Yes, country. Props to Nancy Kaffer for nailing the situation in her article for the Detroit Free Press.

As for us, no shade. Ok, maybe a little shade.

Here’s the thing: you can still be friends with people and disagree with them. In this case, we disagree with our friend on the subject of parks and condos.

Here’s the other thing: we can’t remember the last time we visited Palmer Park—and we feel very, very guilty about that.

We recently interviewed a group of Detroiters asking them for their favorite escape spot. The number one response was Belle Isle. This was a group of new and old Detroiters, from varying backgrounds, who share one thing in common: they like to spend their leisure time in public spaces, enjoying trees and bodies of water.

Belle Isle has that. And so does Palmer Park. Both were designed in part by Landscape Architect Frederick Law Olmsted. That’s the guy who designed Central Park in New York.

A long time ago, US Senator Thomas Witherell Palmer created the park with the donation of 140 acres with the stipulation that the “virgin forest be preserved.” Since the late 1800s, Palmer Park has expanded to nearly 300 acres. Today it features a log cabin, a golf course, tennis courts, trails for hiking and biking, lots of trees and a pond.

There was once a casino, but that burned down in 1945.

Since Palmer Park’s inception, Detroit has seen some hard times. And throughout those times, people have been fighting equally hard for the “virgin forest” Senator Palmer sought to preserve when he donated land to the City of Detroit. Thank you, People for Palmer Park.

Detroit is changing—fast. And there are a lot of arguments to be had: Are micro-apartments the worst thing ever? Possibly. Or what’s the difference between a Nike Factory Store and a Nike Community Store? Why do we get budget shoes? Who knows.

Parks, however, seem to be one thing many of us can agree on. Even if you can afford to live isolated in a super wealthy community, parks provide the opportunity to expand your mind by interacting with the rest of us. Isn’t that why you moved to the city in the first place? Maybe don’t answer that question.

Anyway, the best arguments are had on public tennis courts.

How many other places in the city can you visit where no one is trying to sell you anything?

Next time you find yourself headed out to Belle Isle or complaining that you “just need to get away and see some nature,” consider Palmer Park. If we don’t appreciate what we have, someone might just come along and take it away—and then try to sell it back to us in the form of entrance fees and pricey real estate.