Why it’s Important To Remain Vigilant After Receiving Your Vaccine

As Michigan COVID Cases Continue to Rise, Mask Wearing and Social Distancing Are Key To a Successful Vaccine Rollout 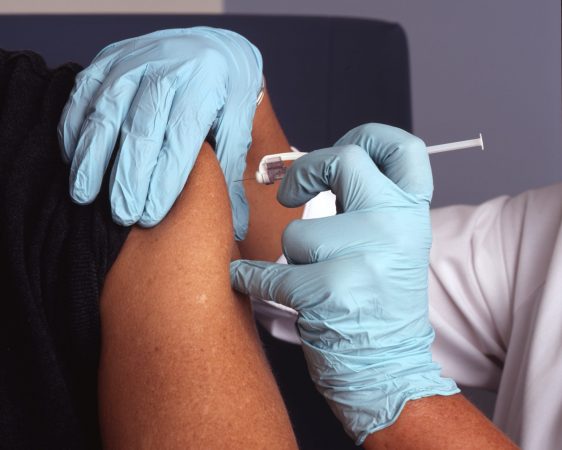 As the nationwide vaccine rollout continues, Michigan currently sits at about 14 percent of the population fully vaccinated and almost 25 percent partially vaccinated, according to the New York Times interactive tracking map. Yet, despite administering almost 4 million doses, the number of new cases in the state has risen for the fourth straight week.

While Michigan, without a doubt, rushed to reopen in-person dining and schooling without an active contact tracing program, no one-factor can officially be blamed for the continued rise in cases. Rather, we can look at the continued rise as a motivator to be vaccinated, as well as a sign that even with the shot, we should not be so quick to rush back out into the world.

WHAT TO CONTINUE DOING AFTER YOU RECEIVE YOUR VACCINE

It’s important to remember that the vaccine is not an end-all-be-all and that having been given your full dose, you are still at risk of catching the virus. With both the Moderna and Pfizer vaccine being 94 – 95 percent effective, that 5 percent risk should still warrant mask-wearing in public spaces for any individual worried about the continued spread.

Additionally, the vaccine does not mean the end of COVID as a whole. As Cleveland Clinic points out, the measles vaccination effort — which is 97% effective after two doses — began in 1963 and did not eliminate the disease until 2000. While a different time and different disease, the lack of international cooperation and stockpiling of doses as we see in the US means that it will take some time until the world fully — if ever — eradicates COVID-19 or its variants.

On the topic of variants, mask-wearing and social distancing become all the more crucial given the still unknown nature of many of the virus’s variants. Creating a vaccine for a virus that evolves like COVID is a complicated science and while you should without a doubt trust expert information about vaccine research, your post-shot mindset should still see you acting cautiously in the face of the multiple known variants that have the potential to cause another surge in cases.

One should also remember to mask up and keep 6-feet of distance around others until we achieve herd immunity, since there is the potential — given the still in the works research and evidence —  for asymptomatic spreading of the virus, even from those who already received the vaccine.

Additionally, the urge for caution after receiving your vaccine shot can boil down to one single factor, respecting others. There are many still waiting for the vaccine who are still not eligible — and while Biden and other leaders state all will be able to receive one by May, we cannot predict the future. Thus, until we know for certain a majority of the population receives their vaccine and are on the path to herd immunity, respect those at risk and be vigilant.

While nobody can stop you from exercising your good old American freedom to consume, your ability to eat in-person in a restaurant maskless or gather at the bar with friends should not come at the expense of a vulnerable essential worker.

We saw what a lack of care for others did to the United States back in March and to this date, and over a year later, we are still facing the consequences. As we near the light at the end of the tunnel, we are still very much in the unknown, so please, for the sake of those we lost, those facing complications, and those who are just plain worried and anxious about reopening, wear your mask and keep your distance.