COVID-19: Where we Stand One Year Later

What Seems Like a Lifetime Ago, One Year Ago, Chinese Authorities Shared the Virus Sequence that Would Become Known as COVID-19 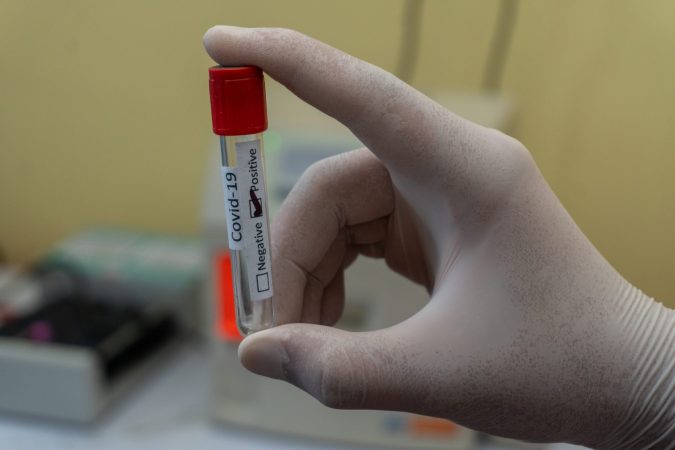 Despite the “19” at the end of its name, 2020 was the year of COVID-19, changing the normalcy of life in ways nobody would have believed if you gave them a glimpse of the future back in January 2020. While cases were first discovered at the very end of December 2019, it was January 12, 2020, when Chinese Authorities first shared a sequence of a novel coronavirus SARS-CoV-2.

Since this moment, the slow march of Coronvirus picked up into full sprint around the globe, bringing entire economies to a halt, shuttering people in their homes, and exposing holes in many public health systems, nowhere more than America.

While 2020 passed in what seemed like decades, let’s take a brief look at where we were and where we stand one year down the road in the face of COVID.

COVID TURNS THE WORLD ON ITS HEAD

COVID-19 — the Coronavirus — reached its tentacles throughout the American continent in a way that seems like the slow buildup before a comic book villain’s main appearance. Reports of a new pneumonia-like sickness in the city of Wuhan, China, were covered but brushed over, by news outlets, in favor of continuous election year coverage and a president bent on escalating tensions with the Islamic Republic of Iran into full-scale war just days into the new year.

Yet, by the time March of 2020 had come around, COVID had rocked Europe, shuttered hospitals, and brought countries like Italy and Spain to the brink. All the while, Trump and his governmental believers touted that the virus was no big deal and that the U.S. was more than prepared. With this, news coverage from the likes of FOX News and even Tweets from Trump turned into blatant xenophobic fearmongering, blaming China solely for the virus.

The President and his lack of seriousness could not have been more detrimental, as, by the middle of March, emergency orders had locked-down states like Michigan and New York, as cities like Detroit and NYC lost an unprecedented number of lives. Americans scrambled for things like toilet paper and Lysol spray, while mask mandates were fought within almost every city.

With initial reports predicting lockdowns lasting a few weeks, estimates soon turned to guesses, then to a reckless system of reopening and closing across the board.

Cases rose and fell over the summer, coming under some control, but never coming close to disappearing in cities like Detroit. Testing was tedious in America — especially compared to the efficient rollout of tests and contact tracing programs in countries like South Korea, Vietnam, and Taiwan — the country broke countless case number records. Simultaneously, people, especially in Michigan, became angry after months indoors with little support beyond a one-time $1200 check.

In May, in a situation that now screams foreshadowing, armed groups entered the Michigan Capitol Building, maskless and defining social distance parameters, to protest the most recent extension of Michigan Governor Gretchen Whitmer’s stay-at-home order. With the pot clearly boiling over, the pandemic converged with the ongoing election and a new anti-police violence movement taking to the streets in just about every American city.

While cases remained stagnant —  never really dissipating from what was called the “first wave” of cases — over the summer amid protests, regional cooperation was troublesome, as some communities in Metro Detroit were called out for failing to curb the spread of the virus. As further orders for lockdowns and closures came in November, hope for a vaccine materialized as 2020 neared its end.

THE VACCINE ROLLOUT, WHAT COMES NEXT?

November and December saw talk of the vaccine enter the COVID narrative, with Pfizer and BioNTech making announcements in mid-November and Moderna shortly after — the news of these vaccines came as countries like Russia, China, The United Kingdom, and France all began rollouts of similar vaccine programs.

As 2020 entered its final bow, the rollout of America’s vaccine push went about as well as one who spent months watching the countries pandemic response would expect. Lagging compared to other countries, America’s lack of public health infrastructure ultimately led to a less-than-stellar vaccine rollout amid a backdrop of record-breaking numbers in both deaths and cases, as well as a new variation of COVID itself.

With people like Dr. Anthony Fauci stating that the United States needs more time to “catch up” with its vaccine rollout, 2021 is looking more and more like a continuation of 2020, cases rise, people stay inside, and more and more people grumble and rage against a government that offered nothing more than $600 aid checks after months of waiting.

With Trump fanning the flames of his enraged supporters over his November loss to Joe Biden, Coronavirus coverage in the US is beginning to be overshadowed by reports of right-wing domestic terrorism and another impeachment proceeding. Yet, despite less coverage, COVID persists, with a new outbreak racking the United States Congress, the current state of COVID remains pretty much the same.

A year later, America remains in a precarious place, one that will now see Joe Biden at the helm, leading the country through the unknown. For Detroiters, check out our resources for any and all vaccine info, and be sure to subscribe to our newsletter for the latest.