Why Water? The 21st Century Problem for a Region of the Great Lakes 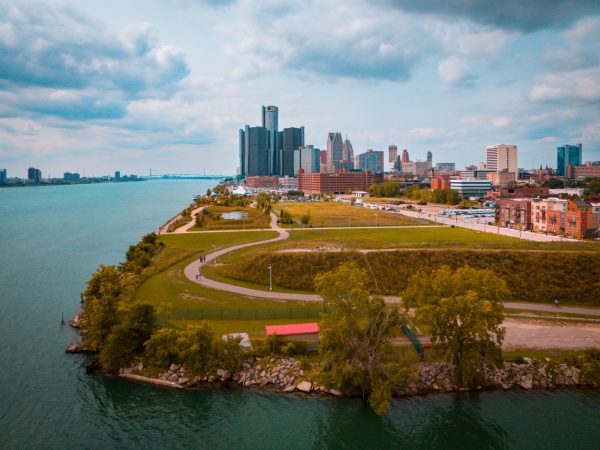 We tend to read about natural disasters like they’re anomalies of history. Hurricane Katrina was over 10 years ago. A century’s almost passed since the Dust Bowl and the extreme poverty that came with it. And those are both still difficult to think about.

A month has passed since a Detroit neighborhood was almost completely flooded around its network of canals. Jefferson-Chalmers, just a few miles down Detroit’s riverfront, saw a citywide volunteer turnout that helped ease the strain on the older sea walls.

Over 300 volunteers came out to help the Jefferson-Chalmers neighborhood fill sandbags. Working almost around the clock, they helped bring the historic neighborhood in to the early summer, when the risk of flooding begins to ease after heavy spring rainfall.

An overwhelming chorus of voices agree. Water, whether in extreme excess like the flooding in Jefferson-Chalmers or in extreme scarcity like much of the American Southwest, will be one of the strongest 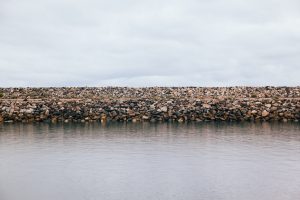 environmental issues of the 21st Century.

That’s one of the themes under 2019’s Sustainable Brands Conference in Detroit. Held in Detroit’s Cobo Center, the SB Conference brings together some of the largest brands and organizations that operate around the world promising solutions in the changing, sustainability driven economy.

The city has found a thriving entrepreneurial spirit in its revitalized downtown. Detroit’s entrepreneurs helped create some of the first feelings of optimism since the near-collapse of the automotive industry in 2008.

FINN Partners is a communication firm with a vast portfolio of successful campaigns. Part of the work they do is helping clients create a plan for competing under a hyper-informed consumer base. They do this by either highlighting the sustainable business practices that are already in place or by helping companies identify where they should make progress.

These tasks come with their own social-impact rewards from conscientious investors and peace-of-mind for consumers.

But along the Lake Erie shore near Cleveland, Ohio, the demands for peace of mind are often most pressing. For decades, toxic algae have bloomed throughout Lake Erie. 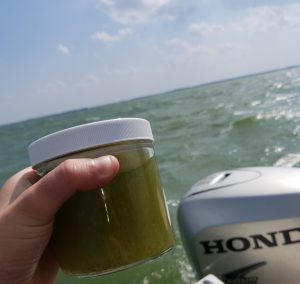 Water supplies have needed to be shut off to populations and while points in Lake Erie have been deemed too toxic for swimming. Researchers at Heidelberg University have predicted that the harmful algal blooms are being made worse by pollution from agricultural fertilizer.

The Cleveland Water Alliance is one group working on solutions for harmful algal blooms and other challenges for the Great Lakes. Lead by Executive Director Bryan Stubbs, they take an industry-specific approach to find solutions. “We call it the ‘Blue Economy,’” Stubbs said. Referring to the network of businesses that use water as one of their primary natural resources.

Programs run by the Cleveland Water Alliance have been working to bring early warning systems against harmful algal blooms. Meaning the treatment facilities that provide drinking water would have more time to prepare for changing conditions. But their biggest goals have been to bring entire industries together toward stewarding the Great Lakes.

“It’s our belief that by investing in the water ecosystem, we can really spur research and innovation and technology in the same breath,” Stubbs said.

Many industries have responded well to this attitude. Here in Detroit, a company has already begun work to ease flooding for their clients around the world.

Parjana Distribution works to sell a technology, known as EGRP, to help water quickly move deeper under the top level of soil. Less water that stays at the top of the soil means that floodwaters recede faster and the infrastructure already in place for water collection is much less strained.

This system is especially important in urban settings. Concrete and Asphalt makes water collect and overflow drains. “We’ve come up with something that is able to take 80-90% of storms off the grid,” Parjana’s co-founder Greg McPartlin said.

One of the first financial firms that predicted the collapse of the mortgage market in 2008 has already moved a vast majority of its investments to water. A vast majority of climate researchers agree that our climate is moving ever-closer to a point of no return.

While the resources and innovations that can ease the threat of disaster already exist, the work to foster a culture that embraces optimistic solutions has only just accelerated its pace.