With Century-Old Ethos of Education at its Core, Marygrove College Makes a Huge Transition

Marygrove Moves to a Neighborhood-Centric, Public Education Ecosystem for Cradle to Career Learning 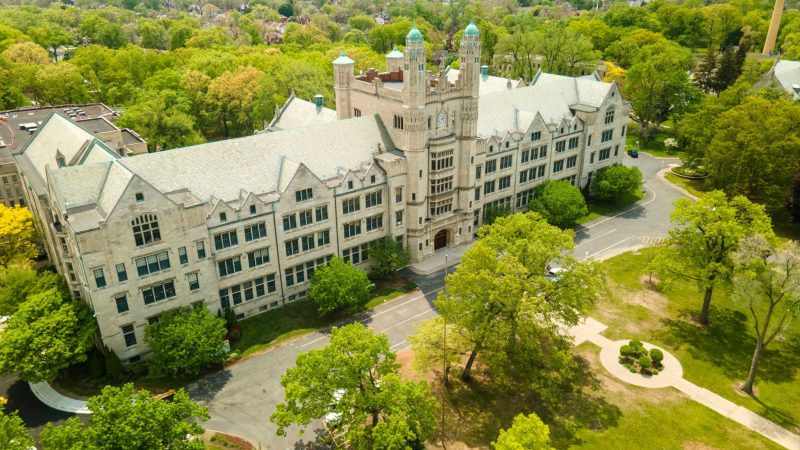 Marygrove – a 90-year-old private catholic college that has closed is such – is transitioning into a neighborhood-centered, public educational ecosystem that offers cradle-to-career learning through a place-based approach and innovative partnerships.

Five years ago, the school nearly collapsed completely. In 2017 financial woes resulted in the college announcing the complete elimination of its undergraduate program. Marygrove ended that fiscal year with a deficit of nearly $4 million.

The college faced bankruptcy and closure, and the surrounding neighborhood risked losing a community institution that had been part of the northwest Detroit landscape since 1927.

Now, fueled by a unique partnership with the Kresge Foundation, the University of Michigan, and the Detroit Public Schools, Marygrove is being reinvented and reimagined under the leadership of a newly formed Conservancy.

Under the Conservancy’s leadership, Marygrove will evolve from a campus in the community, to the community’s campus.

This unique application creates intentional connections between the campus, its partners, and the neighborhood to offer the best possible outcomes for children.

Tom Lewand, Former President of the Detroit Lions, is now the Conservancy’s CEO.

Detroitisit had the opportunity to speak to Lewand about this extremely unique, collaborative and innovative shift.

Q: Tell me about the newly reimagined Marygrove.

A: It is nothing short of a complete transformation of campus with the century-old ethos of education still at its core. The college graced the campus for 90 years, and the educational heart of the campus lives on. It is simply evolving to a new education community involving like-minded partners who share the values of Marygrove – equity justice community and education.

The Detroit Public School District, the University of Michigan, Starfish Family Services, and the Kresge Foundation have come together to build this community destination. which offers a tremendous amount of services, organizations, access to networks, programming, and support.

A: We are making a transformation from a having campus in the community, to now being the community’s campus.

As we embarked on determining what was possible we started a dialogue with the residents and businesses around the 48221 zip code. We asked the simple question ‘how would you like to see Marygrove’s many assets used? This includes the building, the campus, and the 53 Acres of land. The answers we received were rich and diverse and included: a place to work; a place to gather; a platform to amplify the work being done here; and an opportunity to accelerate and expand the work being done.

So now, on campus, there is not only a unique and holistic approach to education, but also dozens of organizations that have taken up residence here and offer a myriad of cultural, educational, and even career opportunities.

For example, Shakespeare in Detroit is based here and runs camps in the summer and shows all year long.

Detroit Public TV has offices on campus and broadcasts programs including their staple Detroit Performs Live. 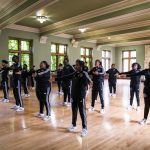 The Detroit Youth Choir was part of our first community incubator and has had headquarters on campus for two years. In fact, they are the subject of a new reality series called Choir that will be aired on Disney Plus and it was all filmed on  the campus.

The many culture bearers, leaders, and doers within the 48221zip code have given their time to share in the ideation and possibilities around making Marygrove into this newly reimagined community.

Q: What is the role of the Conservancy?

A: The Conservancy owns the campus, but we are not putting together the curriculum for the school or leading the education. Rather the Conservancy acts as a facilitator, convener, and landlord. Its role is to steward the campus with this new generation of educational leaders that are occupying campus and it is a privilege to help that process.

Q: Marygrove is a Detroit Public School. Is it different than other schools?

A: I think it’s distinctly different in three ways:

Q: How does this community aspect impact the students?

A: Directly. The youth are engaged in actual projects that are helping not only direct the future of the campus but also the community

There were five child and family-serving nonprofits housed on the first floor of the Student Centre during the pandemic as the inaugural Community Impact Incubator, which include the Detroit City Lions Football Club, Detroit Youth Choir and Performing Arts Company, Detroit Phoenix Center, JOURNi and Pure Heart Foundation.

One of the nonprofits, JOURNi, focuses on empowering young Detroiters and teaching them to build websites and mobile applications through workshops, programs, and internships. Hundreds of students work with JOURNi now in this way.

And it’s not a closed environment. The Detroit City Lions, Pure Heart Foundation, and others serve hundreds of kids who are not part of the school.

We are working to fill out the campus with tenants and partners who provide an example of a range of potential career opportunities for the students and youth throughout Detroit.

Q; What does the education component consist of?

The University of Michigan is also launching a Pilot Program in 2023 which is a 4-year degree program called LEAPS: Learning, Equity, and Problem Solving for the common good. Students will be based in Ann Arbor, but spend their first year living on the Marygrove campus in Detroit. They will work on design-based learning around the city.

Q: What do you believe Marygrove means to the city of Detroit and the community around the campus?

This 53-acre campus sits along a vibrant and emerging Avenue of Fashion and McNichols Corridor. With the amount of talent that exists throughout the neighborhoods and the number of energetic partners, the sky is the limit.

I see it becoming one of the most attractive places in Detroit to live and raise a family.

Q: What does the future look like for Marygrove?

A: As we evolve from being that campus in the community to the community’s campus I think Marygrove will take on a life of its own. We have the big set pieces planned now and I think mining the aptitude and talent that exists around campus will allow it to expand in ways we can’t even imagine sitting here today.