Bees in the D Pop Up at Detroit City Distillery 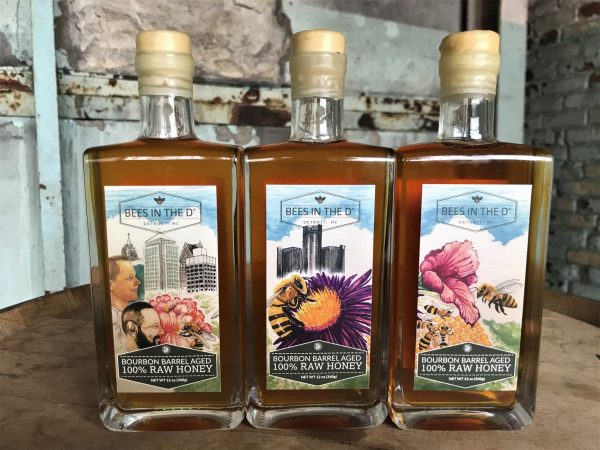 Bees In The D makes a lot of honey, partnering with landowners, the nonprofit places beehives all around the city and beyond. To date, they have 180 hives, spanning across five Michigan counties.

Two of those hives are located atop of the old Stroh’s Beer Factory in Eastern Market, now home to the Whiskey Room production room and event space for Detroit City Distillery (DCD). And, some of that honey has been put to a very special use.

Bees In The D and DCD have partnered up to make two very special products: Bourbon Barrel Aged Honey and Honey Bourbon.

Bees In The D aged a batch of their raw honey in a previously used whiskey barrel to pick up the whiskey taste. Whiskey that’s good for you? It’s a possibility. 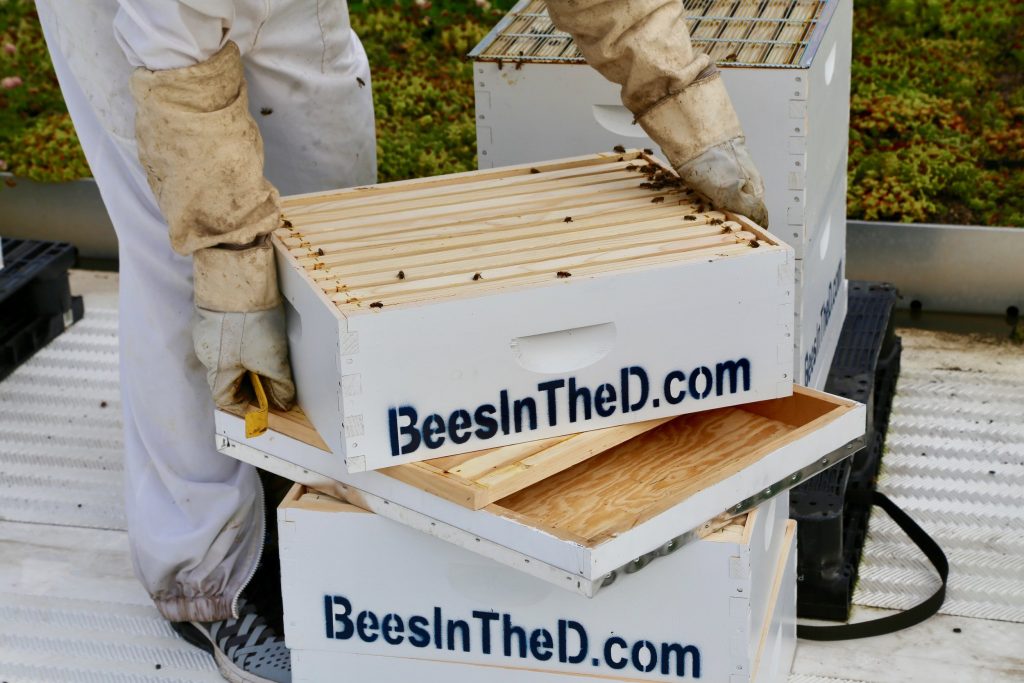 BEES IN THE D

Raw, unpasteurized honey is a superfood with all sorts of wild health benefits—from soothing your winter sore throat to boosting your energy. And, this one tastes like bourbon.

After the honey, DCD added bourbon to the already bourbon-soaked and now honey-soaked barrels to age. The result is a super-rich, delicately sweetened and super limited edition bourbon.

Both delicacies have been bottled and fitted with hand-drawn illustrations by DCD owner, Michael Forsyth, making them the perfect holiday gift or not gift. Do you really want to part with such perfection?

Both whiskey and honey will be available for one night and one night only, this Friday, December 6th, at the Limited Edition Bourbon and Honey Release Party.

WHEN: Fri., Dec. 6, 7-11 p.m. – Bottle sales, cocktails and food are available for purchase. The event is free and open to the general public. Must be 21 and over to taste or purchase alcohol.

ABOUT DETROIT CITY DISTILLERY: Detroit City Distillery creates smaller sized batches of whiskey, gin and vodka using local ingredients sourced directly from farms near their distillery and tasting room, which happens to be located in Detroit’s Eastern Market. The result, a drink of distinction made for the revolutionaries rewriting the history of a great American city.

ABOUT BEES IN THE D: Bees In The D is a 501(c)(3) non-profit organization focused on education around honeybees and their conservation. their mission is to connect residents, schools, non-profits and businesses around Metro Detroit to improve the health of honeybee colonies and raise awareness about their importance to our environment. Bees In The D currently maintains over 160 honeybee hives at over 50 different locations across five counties and also between two countries (The United States and Canada).