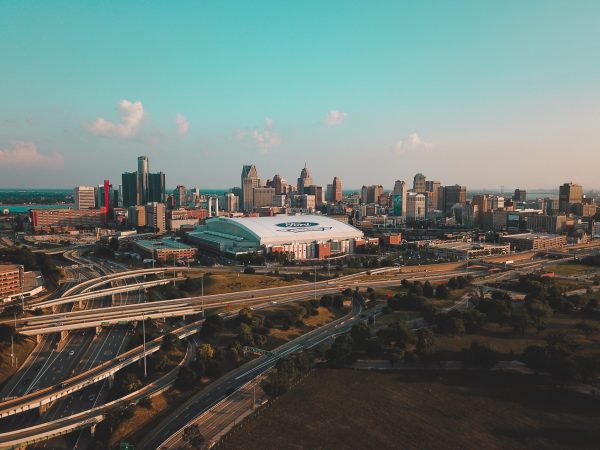 Detroit is a city filled to the brim with a diverse history. Each Detroiter has a story—a past that is unique to them and adds to the story of this city. In this way, Detroit’s history is made from the individual and their backgrounds, ethnicities, religions, and unique qualities. Due to May being Asian American and Pacific Islander (AAPI) Heritage Month, it seems essential that Detroit’s AAPI historical background be highlighted. Thus, without further ado, here is a brief history of Detroit’s AAPI immigration.

In the first decades of the influx of Asian immigrants coming to the United States, many traveled or were sent to Hawaii where they performed backbreaking work in the state’s sugar cane plantations. As Detroit’s motor industry began taking off in the early 20th century, better paying and less physically demanding jobs were offered by Henry Ford to any immigrants that came to the city.

During the late 1910s there was such a large population of Chinese immigrants in the city, that a Chinatown was established in the city. In the 1950s however, much of it was dismantled to build the John C. Lodge Freeway.

Roughly 90 years later, as Detroit’s automobile industry was taking off, there was discrimination against Japanese residents in the city. The boom of Japan’s own automobile industry created a racially fueled uproar against Japanese residents, claiming that Japan’s flourishing industry was creating a loss of jobs in America. This anti-Asian racism turned vile and even led to a murder of a Chinese man at the hands of Detroit auto workers.

By the mid-1980s, the anti-Asian sentiment calmed but is still seen today, even if for different reasons.

Though Asian Indians were reported in 2013 as the largest Asian ethnic group in the Metro Detroit, tri-county area, Asian Indian immigrants didn’t begin settling in the area until the mid 1920s. It seems fitting, however, that the first Asian Indian immigrants drove to Motor City. Beginning their cross-country journey in California, the six individuals drove eastward in search of higher-paying jobs and stayed in Chicago. A month later they moved on to Detroit and settled.

By 2006 there were over 100,000 ethnic Asian Indians in the state of Michigan, and the majority resided in the Metro Detroit area.

Hmong immigrants began mostly to reside in Michigan after the ending of the Vietnam War. In much the same way as most drawn to Detroit, Hmong families and individuals moved to the city to seek out employment. Many Hmong individuals migrated from other places in the United States.

In 2002 it was found that most Detroit settled Hmong and Laotian people lived in northeast Detroit, central Pontiac, and Southern Warren. It was here that they were considered a quite tight-knit community, as they populated smaller areas densely. By 2013, the density expanded as individuals moved to Sterling Heights and other areas in Warren.

If you are interested in learning more about AAPI heritage, here are a few reads to crack open this summer as well as a list of movies to watch on rainy days. Here are also a few ways to support the AAPI community.