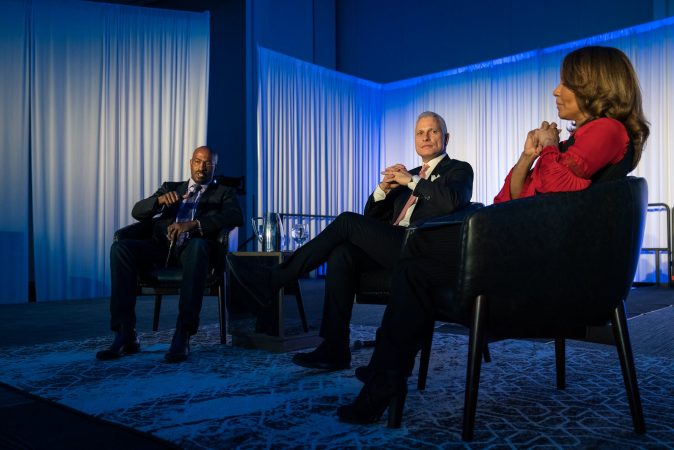 “While we look back on 2019 with a sense of pride for all we have accomplished, it is also critical to focus on the work ahead that will continue to advance our city, our neighborhoods, and Downtown,” DDP CEO Eric Larson said in a press release following the event. “In 2020, we will continue the momentum we have built to effectively program and manage parks and public spaces, improve mobility and increase collaboration with public and private partners. We also remain focused on safety, creating job opportunities within the Downtown district, presenting events that inspire a shared sense of community and supporting population growth within the City of Detroit.” 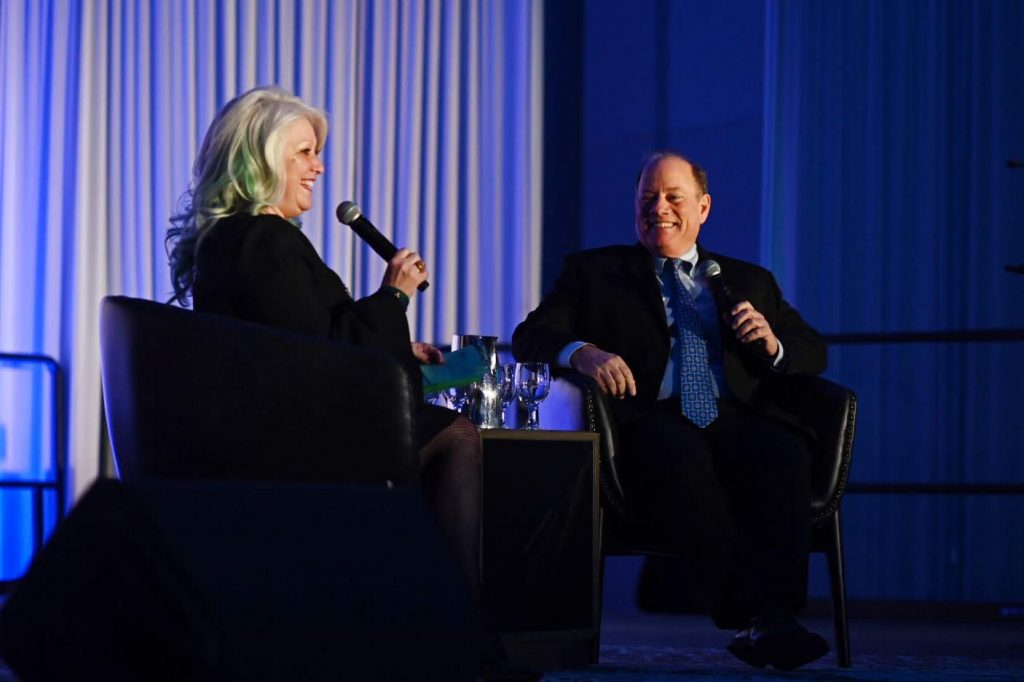 Mayor Duggan and Cindy Pasky took to the stage to start the conversation. Two significant issues discussed were the 2020 Census along with the need for Detroiters to participate in the vote and the growth that has taken place in the Downtown Core from 2011 to 2019.

Some of the DDP’s accomplishments that were highlighted included the fact that in 2019 the Downtown Detroit Partnership sponsored nearly 2,000 free events aimed at increasing interactivity within the downtown area that saw a record 3 million visits to Downtown Detroit Parks, the removal 800 tons of trash, and 3,000 graffiti tags from the street.

Duggan praised this work, stating, “This organization has raised the expectations of what the downtown areas should be like.”

The population of Downtown Detroit’s core, in the 48226 ZIP code, also increased 38.6% from 2011 to 2018 and the number of younger adults (age 20-39) living in Downtown Detroit has increased by nearly 110%, 2011-2018, with a 50% increase in adults ages 60-74 in the same period. According to Duggan, the growth of the younger population is one of the biggest changes he hears from people and he believes this is crucial in driving Detroit’s overall comeback.

“Now people come up to me and say, “my son got a job in Detroit, my grandson is going to school in Detroit, my son is thinking of coming back from L.A. to Detroit.” We’re now becoming a place that keeps our young people in the state of Michigan and that has been relative to the transformation,” shared Duggan.

One of the final aspects touched on by Duggan that is perhaps of utmost importance for the city is the 2020 Census that is planned for April. Duggan wanted to stress the importance of the upcoming Census, while also ensuring that when you fill out the data required, that data is safe and secure for almost a century.

Duggan wanted to ease any anxiety Detroiters may have when sharing their place of residence.

Another uptick in engagement was the 16th annual Detroit Tree Lighting and Light Up Beacon Park events, which saw 100,000 visitors to Downtown Detroit, and the completion of 700 newly renovated residential units, 23 restaurants, and 10 residential developments. Both the Chair and the Mayor expressed high hope for the years to come for Detroit. 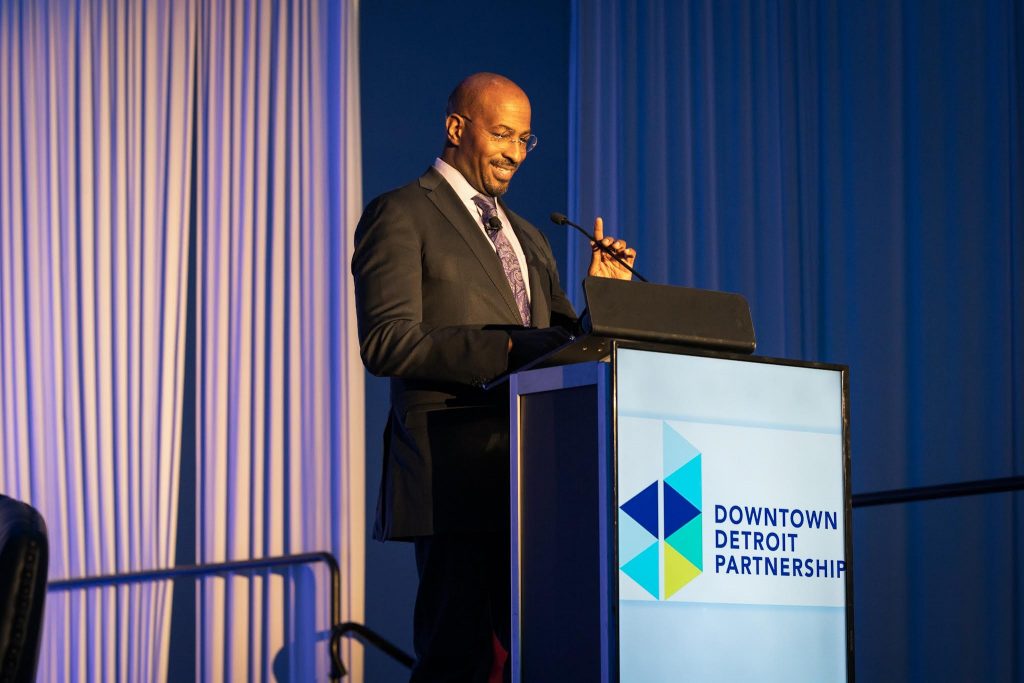 Turning a breakdown into a breakthrough was how CNN’s Van Jones described Detroit during his keynote address. The television personality spoke about Detroit’s transformation through the lens of his own life, telling of how Detroit’s comeback reminds him of how he bounced back after coming on harder times throughout his life, reminding the crowd that no matter how much of a mess things may seem, you can always turn things around.

“To see the city go from a mess to a model, it doesn’t happen very often, and it requires a lot,” shared Jones.

“For Detroit to really become what Detroit needs to become in this century, it’s going to be because the people in this room have the courage and the strength through this organization to make the smart decisions and smart investments to take on the three big challenges,” he shared shortly after.

During his address, Jones brought up multiple crises that, while not specific to Detroit itself, will need to addressed to ensure everyone in the city has a formidable future. To succeed, the city will need to work to address, the ecological crisis of climate change, the crisis of tech and automation and the crisis of division and income inequality.

Other aspects brought up by Jones included his work on criminal justice reform, the need to come together and bridge political differences, and on the need for Detroiters to take the census. The full report for 2019 can be found here while important information about the 2020 census in Detroit can be found on the city of Detroit website here.