Detroit is the business person’s daydream. Buy property cheap, fix it up, and sell at a high price; invest in a business downtown and watch it grow at exponential rates as traffic to the city increases daily. It’s the perfect buy low and sells high phenomenon. The problem is, however, this mindset looks past the people who never left this city, the people who helped fight to keep Detroit alive.

Life is a Dreamtroit LLC, the partnership of Recycle Here!’s owner Matt Naimi and Detroit filmmaker, Oren Goldenberg, decided to flip their project on its head and look at Detroit’s needs versus their financial gain. “We were talking about cultural ROIs, return on investments, as opposed to financial,” says Goldenberg. Thus birthed Dreamtroit: a mixed-use, make/live development complete with affordable housing, artistic workspace, a market, restaurant, and more.

Dreamtroit’s model, though compelling and enticing for Detroiters looking for affordable housing as well as preservation of the city’s artistic heart, was one that proved difficult to convert from dream to reality. “People don’t want to fund something that doesn’t already exist,” Goldenberg says. “People don’t know how to fund new housing models because they can’t get a comp [comparable company analysis].” It’s hard to put a price tag on something you don’t know the value of.

It was Detroit Housing For The Future Fund that ended up linking arms with Naimi and Goldenberg, granting the team the ability to transform the auto-plant-turned-recycle-center into this new housing model. Recycle Here! will continue to function as it has since 2007 along with Dreamtroit.

In the finished Dreamtroit development, there will be 81 mixed-use-units, including multiple one-bedroom, two-bedroom, and studio units, as well as house-like studio rooms with communal kitchens. Of the 81 units, 17 will be held for households who receive 50% or less of the area’s median income (AMI), 41 units held for 80% AMI, and the remaining held for households below the workforce housing level of 120% AMI.

There has not been much development in our immediate surrounding area for a long time, so when people see investment [like Dreamtroit] they are also inclined to invest.

This idea, combined with what is hoped to be a successful example of cultural investment is what Life is a Dreamtroit LLC aspires to inspire the city with. “This could inspire others to do the same and really be a record that profits are not the greatest motive for development.” 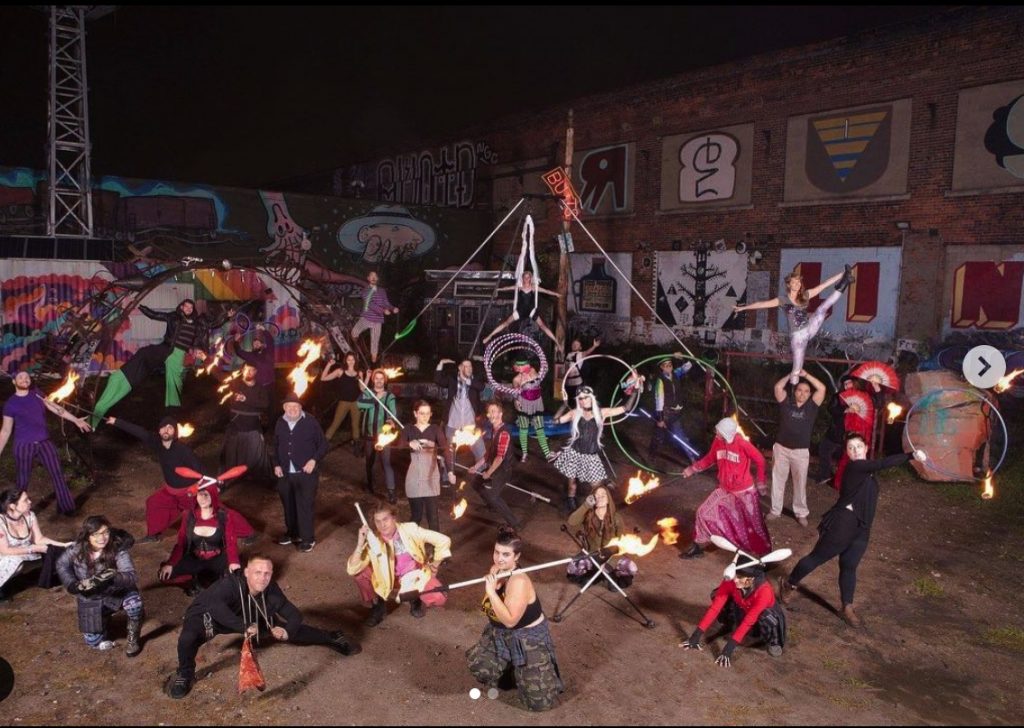 CIRCUS IN THE ART PARK

impact on the community as a test site for Detroit’s 24-hour Economy initiative. This initiative joins city government, nighttime business, and the public together, ensuring that Detroit remains a welcoming place where creatives can support other creatives.

“We were…pushing for it to be 24 hours as opposed to it being late-night,” Goldenberg says, “because most importantly we… are considering our neighbors. Our neighbors are Henry Ford Hospital which is a 24-hour economy, and Motown Museum which was historically used at night as well because a lot of the musicians would work in the factories and then go record at night. So there’s a history here of a 24-hour economy…. We are excited that the city is rallying behind that.”

For all the newness this project brings to Detroit’s development and investment scene, the question really is why hasn’t it been done before? The overarching idea of preserving Detroit’s essence through affordable living, Detroit-style-late-night-life, and keeping art at the heart, may prove groundbreaking for the New Center area and its residents. Maybe, just maybe, Dreamtroit will help to bring about a new Detroit business daydream.

And of course, “To anyone worried that this will change what can happen here, we are committed to keeping things ‘weird,’” Goldenberg says.

Dreamtroit is expected to be completed in early 2022.