While Rethinking Itself as a Mobility Company. So What Does That Mean? 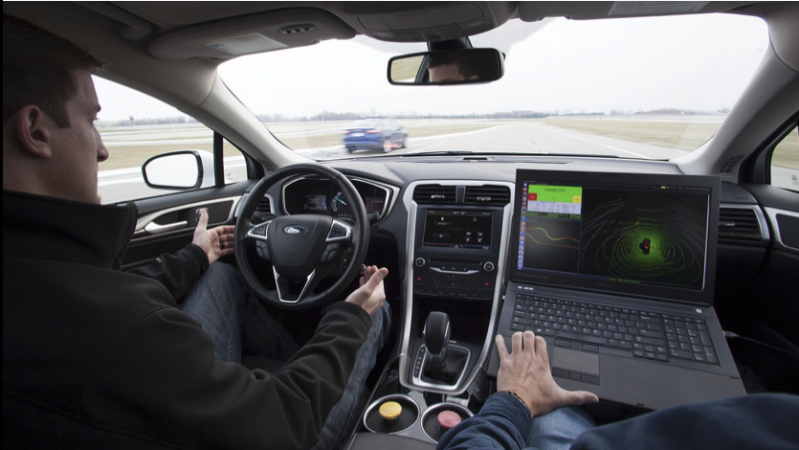 Today there may be driverless cars, over a hundred years ago, things were different. Slow and prone to backfire, offering few amenities and little protection from the elements, the Ford Model T helped put the American masses on the road and, in the process, began to transform the very face of the nation.

A century later Bill Ford Jr., the great-grandson of automotive pioneer Henry Ford, oversees the company and is at the forefront of a new transportation revolution. In the decade ahead, the automobile is likely to change more radically than it has in the century since Ford’s Tin Lizzy rolled off the first moving assembly line.

“By birth and by choice, I’ve been involved with the automobile all my life,” Ford said during a TED Talk, “And for most of those years, I’ve worried about how am I going to sell more cars and trucks. But today I worry about what if we do sell more cars and trucks. What happens when the number of cars on the road doubles and triples?” What, the CEO asked, will be the impact on traffic, the environment and highway safety?

That has led Ford to rethink of itself as a “mobility company,” rather than simply an automobile manufacturer. A hint of why – and what that means –sits in front of Ford’s offices in the high-tech mecca of Palo Alto.

By Silicon Valley standards, the building is nondescript, though it has grown rapidly since the carmaker first opened shop on the Left Coast a few years ago. Likewise, the sedan outside initially looks like a standard Ford Fusion, the company’s midsize mainstay. But a closer inspection reveals odd lumps and folds with an array of sensors bulging from its roof. The latest version of the Fusion you’ll find at your local Ford showroom is already something of a smartphone on wheels. Its SYNC infotainment system, anchored by a large touchscreen atop the center console, can run many of the same apps found on your iPhone or Android device. But this particular Fusion prototype incorporates an array of cutting-edge sensors, including radar and LIDAR. The latter uses lasers to capture a high-def, 3D image of the world. It’s nearly as precise as the human eye yet sees in every direction at once – but never blinks nor grows tired.

And that’s going to be critical as we pull out of the Ford parking lot and head out onto the twisty and often crowded roads that connect the hillside towns of Silicon Valley. Even though there’s a Ford technician sitting behind the steering wheel, he has his hands resting in his lap, and in a ghostly – and initially unnerving – fashion, the steering wheel is turning entirely on its own. The sedan speeds up as we merge onto the highway and then slows to a stop at a red light. Peering down, I realize that the technician’s feet are nowhere near the gas or brake pedals.

THE FUTURE OF DRIVERLESS CARS

A recent study by tech research firm Navigant declared Ford the leader in autonomous vehicle technology, largely because of the clear plans it has laid out to put self-driving vehicles into production. But Ford is not the only automaker racing to bring autonomous vehicles to market. It’s rare to find a major automaker that isn’t working on a technology that’s expected to transform the way we travel over the next decade. There are also plenty of non-traditional entrants into the field, including several Silicon Valley neighbors, notably Waymo, the self-driving spin-off of Google.

To support its initiatives, Ford has made significant investments, including the $1 billion acquisition of Argo AI, a promising pioneer in the development of the artificial intelligence technology needed for hands-free driving; Velodyne, a leader in LIDAR technology; and Autonomic, a connected-car software company.

As the light turns green, our Fusion smoothly rolls forward, cued by camera sensors behind the rearview mirror capable of reading roadside signs and signals. They determine what the speed limit is and nudge the sedan to the left as our lane ends. Only occasionally does the human “operator” behind the wheel have to step in. A second Ford tech in the car, staring at a laptop screen makes notes. By the end of the day there’ll likely be a software update in place to handle any minor glitch we may have encountered. Industry analysts expect vehicles similar to this to start going into production by the end of the decade.

It’s easy to downplay just how complex the act of driving is. Even on limited-access freeways, humans make countless decisions every mile, and that increases exponentially when you get into rush hour traffic or onto a congested local roadway. Eventually, this Fusion, or the vehicle that follows it, will need the capability to handle every possible scenario a human driver might run into. Complicated and challenging, no doubt, says Raj Nair, the head of Ford’s U.S. operations and, until a few months ago, global product development chief.

Nair is convinced that within the next couple years self-driving vehicles will be so smart they will rarely, if ever make a mistake, unlike humans.

“Human error,” he explains, “is responsible for over 90% of all crashes.” Nair is by no means the only optimist. Mark Rosekind, the former chief of the National Highway Traffic Safety Administration, last year predicted that the era of self-driving vehicles could eventually bring an era when traffic deaths in the U.S. plunge from around 35,000 annually to zero.

How soon that day will come is unclear, though a number of semi-autonomous technologies are already rolling into today’s cars. Today’s Fusion can spot traffic as you back out of a mall parking lot, and it can alert an inattentive driver to a potential crash on the highway, even applying the brakes automatically, if necessary. It also can pull into a parking spot with a driver only operating the pedals. Studies by the Insurance Institute for Highway Safety reveal there has already been a sharp reduction in crashes involving vehicles equipped with these semiautonomous Advanced Driver Assistance Systems, or ADAS.

Nair and other Ford executives had a critical decision to make last year. They worry that after sitting behind the wheel for an extended period of time with essentially nothing to do, an operator might become too distracted to respond quickly in an emergency. So, Ford is pushing its engineers to go significantly further. Its next-generation prototypes have even more advanced onboard sensors they’ll be missing steering wheel and pedals. In industry terms, this Level 4 autonomy means the vehicle can operate completely independently, without a driver, on virtually any type of road, no matter the weather. Ford is looking to put the first of these vehicles into production by 2021.

You likely won’t be parking one – or should we say it won’t be parking itself – in your driveway anytime soon, however. The primary target of Level 4 autonomous vehicles will be fleet buyers. Not long into the next decade, we’ll see completely unmanned delivery trucks shuttling goods from warehouse to store. Ford recently partnered with Domino’s Pizza to test one possible application: a driverless delivery service near the fast food chain’s headquarters in Ann Arbor.

DOMINO’S AND FORD ARE COLLABORATING TO UNDERSTAND THE ROLE THAT SELF DRIVING VEHICLES CAN PLAY IN PIZZA DELIVERY.

Ford has also teamed up with Lyft, one of the nation’s largest ride-sharing services. In the near future, when you want to skip driving to go out for a night on the town, the vehicle you’ll summon with the tap of your smartphone app won’t have a driver inside. Lyft estimates that by taking the driver out of the picture it can lower its costs to the point where it will be cheaper to ride-share than to actually own your own vehicle. By 2030, the Boston Consulting Group estimates a quarter of the miles Americans clock on the roads each year will be inside fully driverless – and battery-powered vehicles operated by services like Lyft. A more controversial study by RethinkX put the figure as high as 90 percent.

“To help us build a viable business, we intend to work with multiple partners in the coming months to understand what self-driving technology (will mean),” says Sherif Marakby, who recently joined Ford as head of its autonomous and electrified vehicle operations. “One thing is certain,” he says, “Self-driving technology will change the way business is done.”

And it will all but certainly impact our daily lives as dramatically as Henry Ford’s original Model T did a century ago.[/vc_column_text][/vc_column][/vc_row] 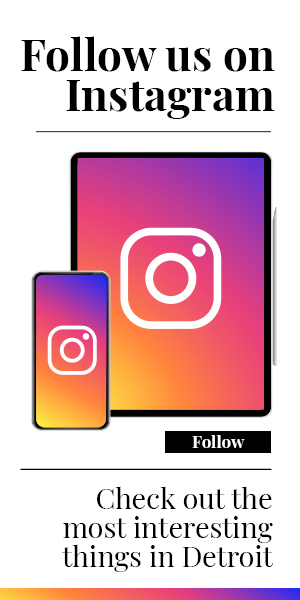 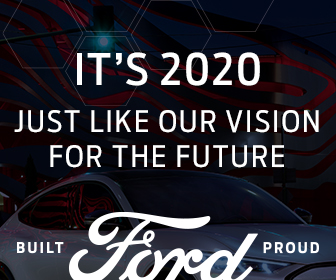 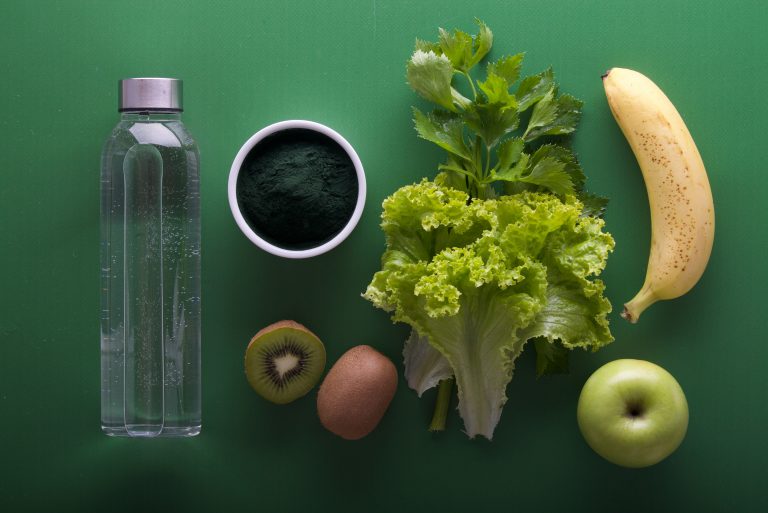 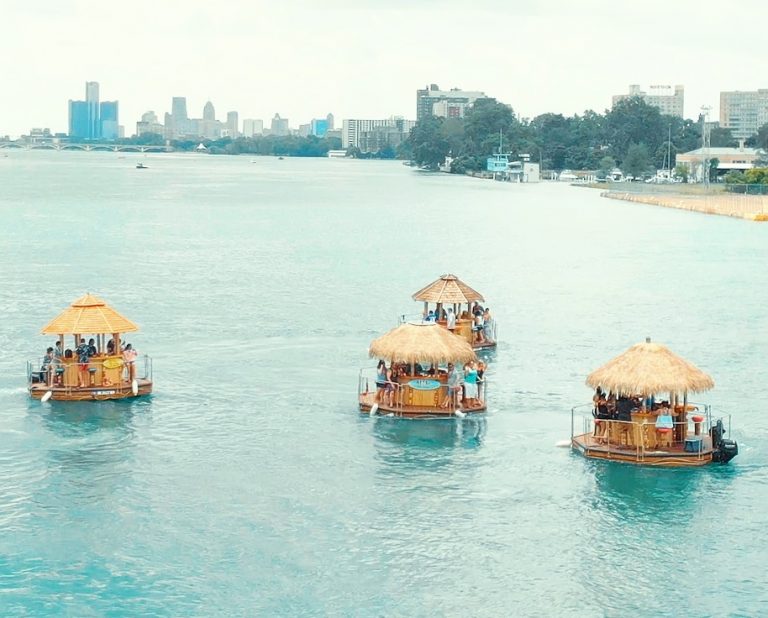