From Restaurants to Boutiques, Show Pride Month Support at These LGBTQ-Owned Businesses 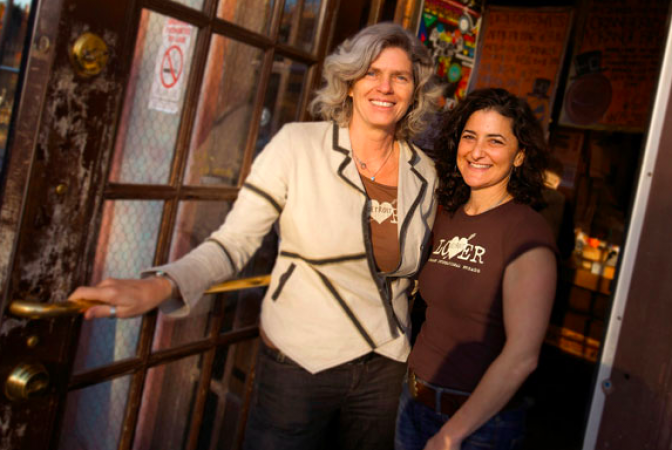 In the midst of the Black Lives Matter movement, the COVID-19 pandemic and Michigan’s reopening plan, don’t forget it’s Pride Month and time to support LGBTQ-owned businesses in Detroit.

Every year, during the month of June, the LGBTQ community celebrates in a number of different ways. Across the globe, numerous events are held throughout the month as a way of recognizing the influence LGBTQ people have had around the world. Although Pride Month may look a little bit different this year due to the pandemic and cancelation of the parade and many events in the Detroit area, you can still support the LGBTQ community.

Here is a list of LGBTQ-owned businesses in Detroit that you can support now:

Avalon International Breads, a bakery whose flagship location resides at 422 W. Willis, Detroit, MI 48201, offers a wide variety of baked goods, including breads, rolls, pizzas, cookies and pastries,  as well as sandwiches and coffee. The LGBTQ-owned bakery, now with various locations in Detroit and Ann Arbor, was established in June 1997 by Ann Perrault and Jackie Victor in Detroit’s Midtown/Cass Corridor neighborhood. According to PrideSource, an employee shared insight on working for Ann and Avalon International Breads, stating “It’s a breath of fresh air to work for someone that plays such a major role in the LGBT community. There is no hiding here. I am openly gay and around here that is OK. At Avalon, you can be yourself, gay or straight. The company does not want you to lose your sense of self.”

Hugh opened in 2009 as Southeastern Michigan’s first pop-up retail store and after tremendous success, and winning the Hatch Detroit retail prize, the store opened a permanent location in Midtown, Detroit in 2012. Hugh is rooted in a classic modern aesthetic, but caters to contemporary lifestyles, selling an always rotating selection of housewares, personal accessories, design-oriented books and gifts, as well as furniture and lighting. Hugh is located at 4240 Cass Ave, Detroit, MI 48201, in Midtown Detroit.

Let us know your favorite LGBT owned businesses in Detroit in the comments below!