Detroit Innovation Center to Rise in the Heart of Detroit

Detroit to Collaborate with University of Michigan to Create a Multi-Building Center for Technology, Start-Up Education and More 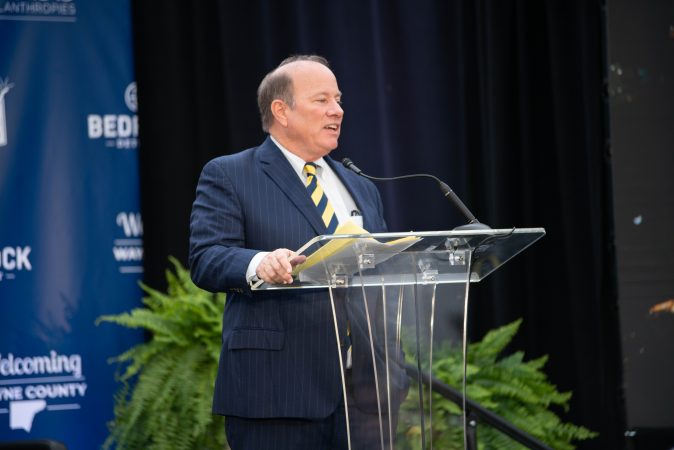 Innovation is alive and well in Detroit today as Michigan Gov. Gretchen Whitmer, along with Detroit Mayor Mike Duggan, and Wayne County Executive Warren Evans are joining together with Stephen M. Ross, Philanthropist and Chairman of Related Companies, Matt Cullen, CEO of Bedrock, and University of Michigan President Mark Schlissel to announce the plans for a 14-acre Detroit Center for Innovation (DCI) in Downtown Detroit, located at the site for the former proposed jail at 1400 St. Antoine, just outside of Eastern Market. 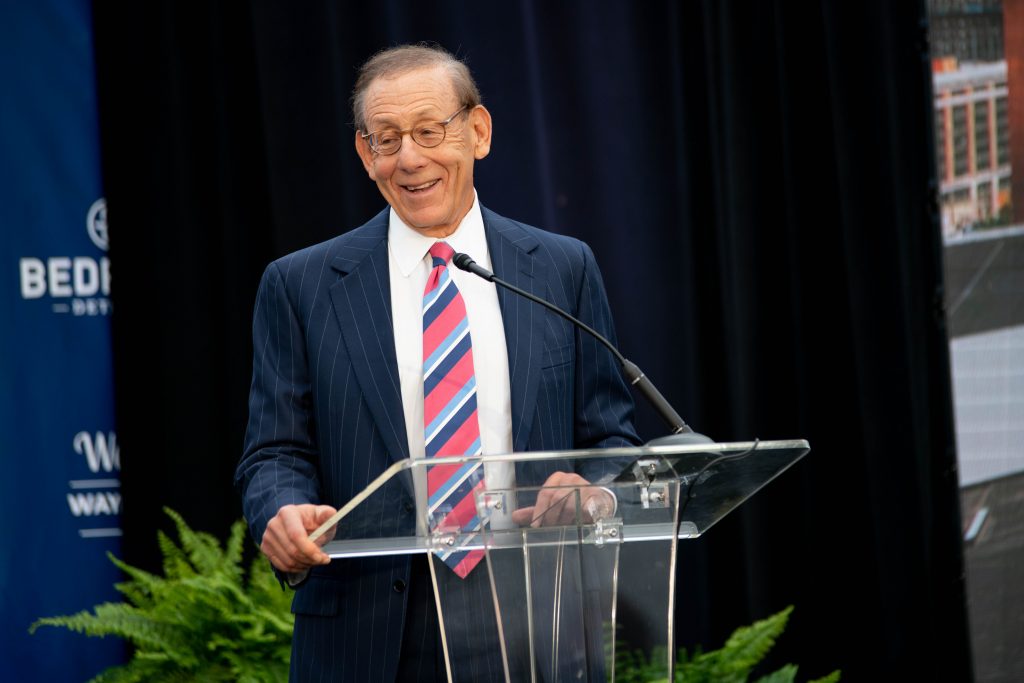 The world-class location is pitched to be a $300 million dollar investment for the city, at 190,000 square-foot research and education center, which will be operated by the University of Michigan. Described as an academic building, designed by world-renowned architecture firm Kohn Pedersen Fox, will offer programs that focus on high-tech disciplines, including mobility, artificial intelligence, data science, entrepreneurship, sustainability, cybersecurity, financial technology and more.

Stephen M. Ross envisioned the center after years of Mike Duggan asking him to “come home” and that “it was time.” Ross showed up and brought to the table a huge plan that would cement the pathway of Detroit as far as innovation and technology, one that will not only entice students but also attract new businesses and current companies to come to Detroit, as well as add jobs to the Detroit ecosystem.

“I know it’s gonna be one of the toughest challenges, but I love it. I love the challenge. And I think that bringing all my experiences here, we can really make Detroit what we all agree what it should be, and so it’s really thrilling to be part of that,” said Stephen M. Ross.

During the opening speech, Mike Duggan thanked Bill Ford for the commitment to locate 5,000 employees and contractors to design the future generations of electric and automated vehicles int the city of Detroit. “We wouldn’t be here today if it weren’t for him,” says Duggan.

The future of the auto industry is being decided right now, according to Duggan, as he says it’s “Detroit Vs. Silicon Valley,” and this will ensure that the Automotive Industry will be at it’s best and coming from Detroit. From General Motors installing Waymo systems into their vehicles, as well as Fiat-Chrysler building and renovating a plant accessible to Detroiters in need of jobs, and the partnership between Ford and the University of Michigan, the ecosystem for the automotive industry is, and will be, thriving.

For the next 180 days, they will be working on their plan of attack and what funds are being allocated where, and then will release the plans to the public. Governor Gretchen Whitmer shared that every day, there’s something that is happening around the state that inspires her to “keep her foot on the gas,” and the Detroit Innovation Center is one of those things.

“It’s an incredible opportunity for students around the world to get a great education and an opportunity right here in the midst of the city. It’s going to help us attract and build and retain the best workforce in the country, right here in Detroit and the State of Michigan.”

Matt Cullen, CEO of Bedrock, shared a story from when he first started working with Dan Gilbert, the man who has his hands in almost everything going on in the city, whom everyone sent well wishes for his recovery. Cullen says that 10 years ago, Gilbert was telling him what a terrible idea it was to build a jail site in this location, “a site that he viewed as the Gateway to a resurgence in the City of Detroit.” Cullen said “I politely agreed with him, I was still new,” and that at the time they were still located in Livonia, and the new jail on Gratiot was already a “done deal.” Cullen said that it was Dan’s vision and perseverance that proved correct, and in 2018, they were able to negotiate to build the county a new Criminal Justice Center, which opened up the area of something more.

Mark Schlissel, President of U-M, shared his excitement, and that “there’s no more impactful place to do this than in Detroit, the city of our birth, Wayne County, and the surrounding region.” This location is not set up for Freshman, but for Graduate Students, as well as Start-Ups and Entrepreneurs to get the tutelage they deserve, collaborating with businesses, teachers from all U-M Campuses, and even collaborating with Wayne State University to making this location thrive and be the leading place for this type of education.

Schlissel shared with news officials after the conference that “It’s our hope that we’re able to break ground within two years, and the construction of a building and complex like this takes a year or two, so it’ll be several years from now, but during that time, we’ll be working on filling in the details, on what we’re going to teach, what faculty we’re going to hire, a director for the center. A lot of work to be done in the intervening time.”

We caught up with Schlissel and inquired what their plan and commitment was to make the center accessible to low-income students, and he shared the following:

“We’ll work out the details of how we help people pay for their educations. We have the Go Blue Guarenttee around the State of Michigan, so any student that gets accepted to be an undergrad at U-M Ann Arbor from the State of Michigan, if they come from a family at or below $65,000 of family income, we give them a 4-year, full tuition scolarship. So, we really understand the importance of providing the help people need to get educated.”

This update to the Downtown sector is a huge opportunity for up-and-coming Detroiters who plan on helping to raise the city further in the genres of Innovation, Design, Community, and Culture, and considering that these are the founding pillars of what we find at Detroitisit to be important to the fundamentals of the city’s future, we cannot wait to see more and continue to update you on the movements of this monumental investment for the Detroit Center of Innovation.