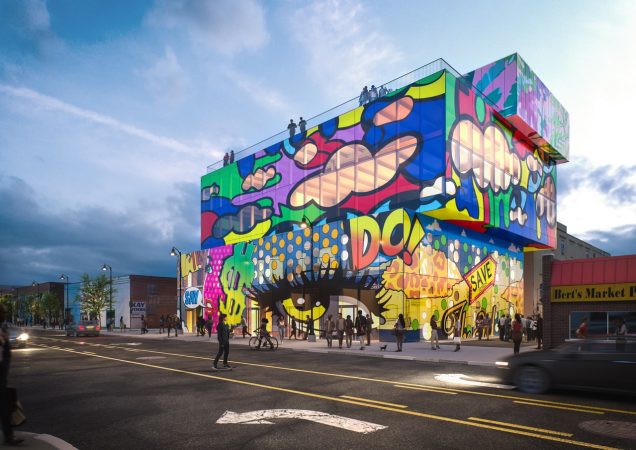 Detroit has been known for its architecture design while setting a tone for collaborations mixing old and new styles. Combinations include 19th-century brickwork and arching doorways with modern glass storefronts. Like Kintsugi pottery, Detroit honors its original buildings while filling the cracks with a healing touch. This renovation and construction of new buildings had added to the city’s landscape over the last few years. But for Detroit, named the first and only American UNESCO city of design, the architectural opportunities lie in fulfilling the artistic nature and desires of the city while upholding its design ecosystem.

For John Patrick the founder of Above the Fold, a PR and communications agency representing architecture and design firms, attention-grabbing architecture is incredibly important for large cities. “You have to have those special projects in a global city or you will be totally irrelevant,” he says. Above the Fold was largely involved in Core City’s True North, a beautiful fairly recent addition to Detroit’s western neighborhood architectural portfolio.

As a resident and advocate of Detroit, Patrick wanted more unique and artistic projects brought to the city after True North was completed. Last month Firm Real Estate, a developer based in Eastern Market and Above the Fold announced their collaboration with the progressive Dutch architectural firm, MVRDV. Renderings of the building, Glass Mural, depict stunningly modern design which will start to take shape in 2021. 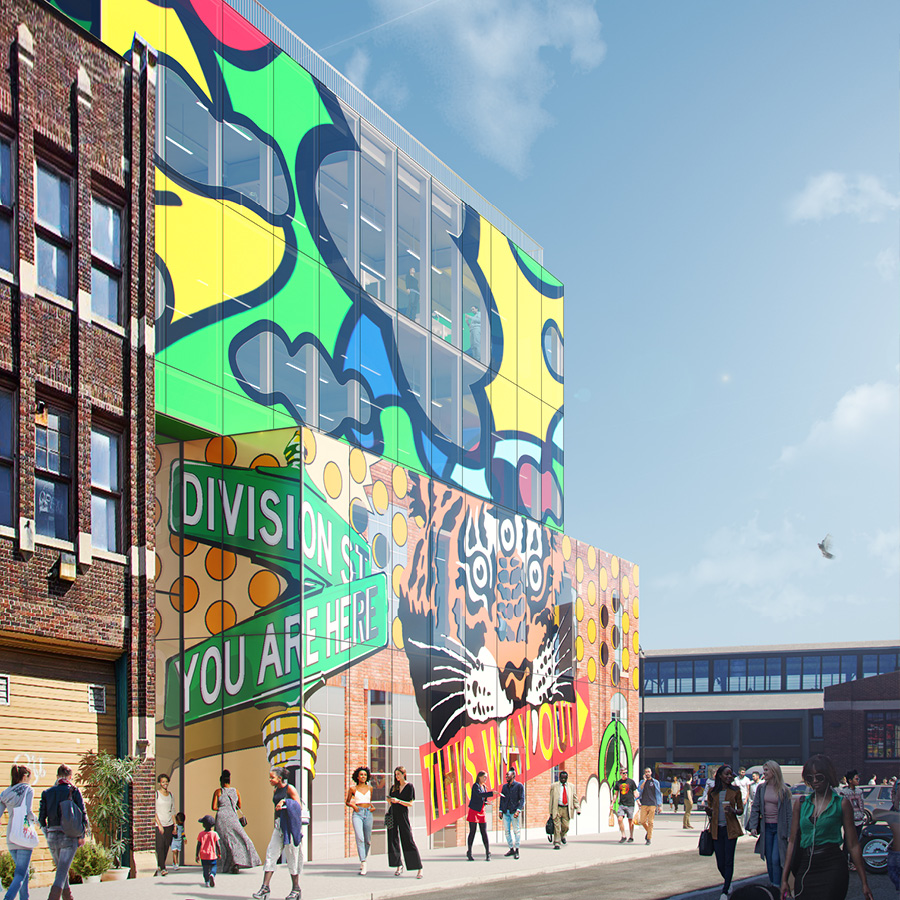 Glass Mural will be revolutionary in nature, following MVRDV’s previous projects. To be built in Eastern Market directly across from the famed 19th century operating farmers market, the building will feature three different sized glass “boxes” stacked upon each other. Glass Mural, as its name suggests, is set to play its own part amongst Eastern Market’s eclectic and internationally recognized murals. The glass walls will be engineered in such a way as to create the ability to feature artists’ designs, just as any brick or concrete wall would.

Glass Mural will feature two permanent murals by DENIAL and Sheefy McFly, on the first two floors, while leaving the third box, or floor, to morph with rotating murals over time. The associate director, leading the project together with MVRDV partners Winy Maas and Frans de Witte, Fedor Bron says,

This building is being built in a vibrant environment with positive energy.” He continues, “I do not think it’s [Glass Mural] the start, it’s a continuity of this positive vibe. This is a project that is in the veins of MVRDV, creating a special place that embraces its context.

MVRDV is versed in printing on glass as well as building with glass. In 2013, MVRDV brought Glass Farm to life. This fairytale-like building is located in Schijndel, the Netherlands. Glass Farm, crafted of glass and printed to look like brick, is in memoriam to farms in the Netherlands, which had suffered greatly from the World War II bombings. 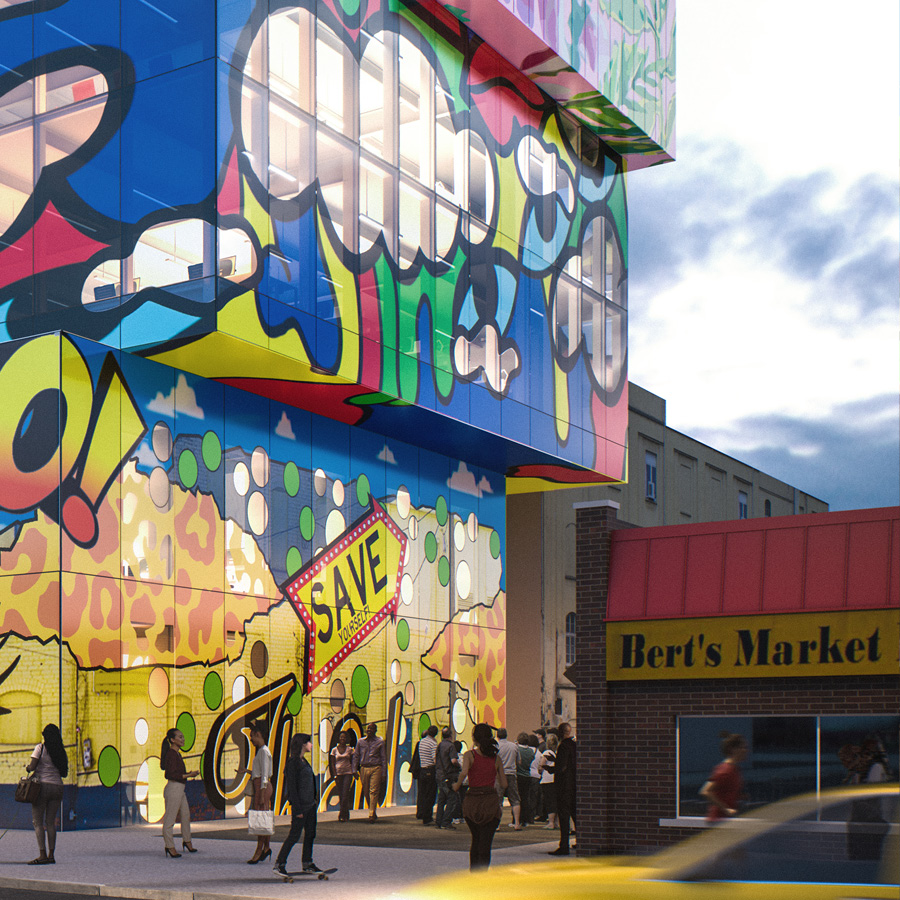 Crystal Houses in Amsterdam, where the flagship Hermès store is located, is another building Glass Mural was conceptualized from. For this development, Delft University of Technology found MVRDV’s glass bricks to be stronger than concrete. Along with this design concept, the glass bricks provide a feeling of delicate beauty as they build up a clear facade and slowly transition into traditional terra-cotta bricks.

These two concepts brought together and formed their own unique, Detroit inspired idea which aims to be revolutionary for the city. Patrick speaks to this,

MVRDV is a world-class firm that has delivered similar projects in other parts of the world and it will be an honor to have their contribution to the city.

Glass Mural is positioned to add a deepened dynamic to Detroit’s Kintsugi landscape. Its lines will not only bring together vastly different building’s designs but also weave together Detroiters throughout the years. “I really love this project,” says Bron, “for me, it’s a hidden gem and I really hope that Detroit also sees it likes this. It’s really something special to bring the past, present, and future together in one building.”