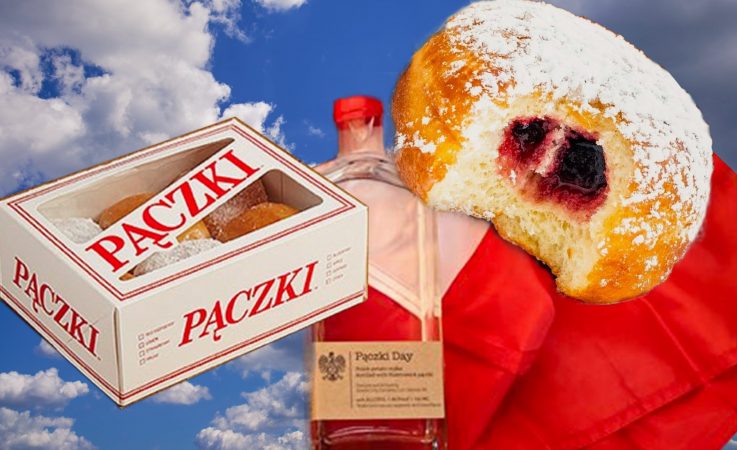 Also known as Fat Tuesday, it’s already one of the most joyous days in the year for Metro-Detroiters. In fact, one could argue, that it’s the great unifying festivity of city and suburbs. Movement doesn’t count.

Each year people from across the mitten flock to Detroit’s donut hole city Hamtramck, to get their hands on extra fatty, super dense, jelly donuts. Yes, we said jelly donut. You can be upset, but that doesn’t make it less sweet. Bless this fat sack of joy and Polish Catholics who carried it with them to America, along with the ritual of this fine pastry indulgence: Paczki Day kicks off the 40 day fast of Lent.

Fun fact: the first ones were savory.

Indeed, there’s a long and fascinating history around this ‘everything in the kitchen cupboard’ pastry, which we won’t get into now. Suffice it to say, you don’t have to be religious to partake in and celebrate the paczki, whose official day is something like Detroit Mardi Gras. A holiday marked by lines at daybreak around New Palace and New Martha Washington Bakeries and bar crowds packing in by 7am.

Competitive day drinking, anyone? Another donut? It’s all fun and games until you realize how much fat these little suckers contain. One Paczkis alone can pack up to 700 calories. That’s approximately a third of the average adult’s caloric intake!

And this is where is gets better: Paczki Day Vodka.

Yes, our pals at Detroit City Distillery have literally smashed a dozen paczki from New Palace Bakery into the still to create a vodka that takes like a raspberry paczki! Who can suck it now La Croix!? It’s paczki flavor with none of the calories and it gets you drunk. DCD founder, Michael Forsyth describes it as having a “clean raspberry taste with a buttery finish.”

“We tried,” continues Forsyth, “to capture the paczki day celebration in spirit form.”

Steve Orzechowski, DCD’s distiller, has been working on the passion project for years—“I wanted to create a new Detroit tradition that honors my Polish heritage and celebrates the Polish community here.” This is Paczki Day Vodka’s third year in production.

For those who plan to spend their day indulging in jelly donuts and day drinking, DCD has created a healthy option. All the gluttony. None of the guilt. Again, take note La Croix.

Like the paczki itself, Paczki Day Vodka supplies are limited, with sales kicking off this Saturday, February 22nd, at Detroit City Distillery in Eastern Market. Earlier this week, wholesale cases sold out in 45 minutes, so we can’t see those staying on the shelf for long.

The people behind the Pączki! Special thanks to @newpalacebakery for creating the legendary flavor that inspired Pączki Day Vodka!