Future of Media in Cities: How Dead is Newsprint Media?

Part 2: Explores the Middle and the End of Life of Print Media. And What Comes Next? 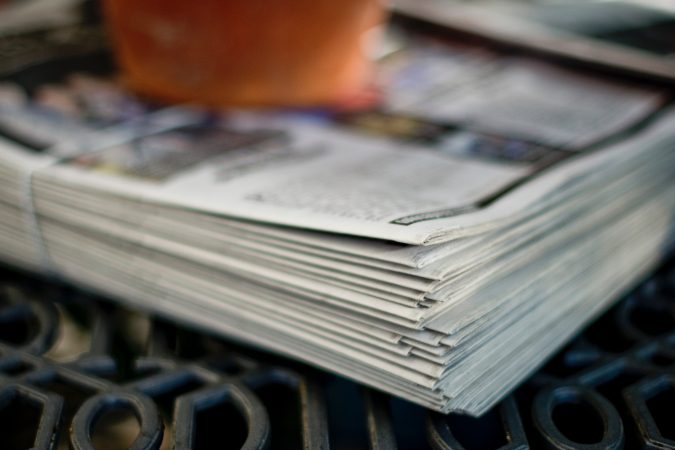 I developed my ideas of what a metropolitan newspaper should be during the1970s, even before I started at the Detroit Free Press as a copy clerk at age 19.

During that time, The Detroit News and Free Press were at each other’s throats—the Free Press seeking to become the dominant paper in Michigan and The News doing everything it could to maintain its circulation lead. Both newspapers were staffed by hard-nosed reporters and management balanced two missions: making a profit with civic responsibility. When those two missions conflicted, the newspapers more often than not came down on the side of their responsibility to report.

But it is not all gloom and doom for newspapers, nor should it be. New business models are being developed that will allow management to look past quarterly numbers and profit margins to begin the process of rebuilding staffs that will provide robust coverage of their communities and ultimately make the News and Free Press relevant again. There are pros and cons to each, but some have distinct advantages if the corporation that owns the Free Press and the hedge fund that owns The News decide that having their newspapers serve their community is more important than watching them slowly die.

Here are the options as I see them:

Do more to tailor the news.

For years, news was a one-way street. The reporters and editors were the gatekeepers who decided on what was important enough to publish and readers trusted the papers’ judgment. If readers objected, they owned only a few ways of expressing it. They could write a letter to the editor or stop buying the paper. A call to the City Desk complaining about coverage was usually listened to, and promptly dismissed. But with readers having so many choices today, it’s critical for a newspaper to provide a product that people want to read.

That people want to read … there’s the catch. Newspapers have always faced a dilemma: Do they give the readers what they say they want—more human interest stories (think “happy news”) or do they provide the news that people need to know in order to be better informed citizens (the “gloom and doom” stories that people often complain about and the “boring” news that is the nuts and bolts of democracy)?

The Internet has given readers the ability to communicate directly with reporters and editors through email and social media and indirectly through data collection by the newspapers. The Free Press recently used data mined from reader “clicks” to help guide them on how to best present a series of stories that compared pick up trucks from Ford, GM and FCA.

Counting clicks, however, can be a fool’s proposition. We’ve all clicked on a link that takes us to some salacious or bizarre story. Should the newspapers really be using those clicks to guide content they post on their websites?

Embrace the web and convert to digital only.

The Seattle Post-Intelligencer converted to an online-only publication in 2009. That switch may have eliminated the cost of printing and distributing the product, but it doesn’t guarantee online readership will follow the new distribution model. A study by Neil Thurman and Richard Fletcher  (10.1177/0956474818798538) showed that online readership of the Independent, a newspaper printed in England, remained flat after the paper stopped printing and moved to digital. The Thurman and Fletcher research showed print readers were responsible for 81 percent of all the time spent consuming the information produced.

Put most of your content behind a pay wall.

Newspapers in general rejected this notion in the early days of the digital revolution believing that digital would supplement print and they could sell enough ads online to make digital work. The Wall Street Journal was one of the few newspapers that decided it would charge customers for access to their information. Their gamble worked. But this is particular to established print brands, like The Journal, which provides highly specialized financial information. It seems unlikely the Detroit papers would be able to convince readers to buy online subscriptions, especially when there are so many cost-free alternatives. And other than sports coverage, the papers don’t seem to be specializing in anything much today.

Not a real solution, but it does buy time. If two media companies combine operations, they can combine business operations that will end up improving the bottom line.

In a recent piece for the Nieman Lab at Harvard University news industry analyst Ken Doctor speculates a new round of newspaper mergers is on the horizon. Gannett, the parent company of the Free Press, recently fended off the acquisition attempt of Alden Global Capital, the majority owner of the parent company of the Detroit News. Could Gannett be looking to merge with a white knight that would make it too expensive for Alden? Doctor says merger talk could heat up in mid-May.

Of course the obvious example is Jeff Bezos’ purchase of the Washington Post. (Less well known is the Los Angeles Times, which was purchased by billionaire Patrick Soon-Shlong in 2018.) Under Bezos’ leadership, both the newsroom staff and readership have grown. (Donald Trump’s presidency may have something to do with the increase in readership.) Bezos’ ownership so far appears to be benign but there are major concerns. One is the risk of media becoming concentrated in the hands of wealthy individuals (instead of wealthy corporations). Which brings us to the second concern: Wealthy newspaper owners using their platforms to benefit themselves. See: William Randolph Hearst.

Shift control to a foundation or a non-profit corporation.

This model has gained traction among newspaper idealists. If a newspaper were owned by a foundation or non-profit, the argument goes, it could gather and disseminate the news freed from the need to maintain a margin, let alone make a profit. Some Detroit media platforms are following this model and seeking investment from foundations. This may also be an easy way out for general and generic media coverage. The Tampa Bay Times was the first newspaper in the country to shift to that model; it is owned by The Poynter Center for Media Studies.

Some departments at the papers are getting smart. Business development teams are sourcing alternate forms of funding, such as the uber-successful pay to run the Detroit Free Press International Marathon. At nearly 30,000 participants last year, this is a big moneymaker for the paper. Growth of the Free Press Film Festival may also soon add to the bottom line.

End the separation of editorial and advertising and monetize content.

This gives an industry curmudgeon like me the willies. Editorial credibility is a newspaper’s stock in trade. Would you wonder if an article was skewed if it were sponsored? Would it cause you to pause and consider its veracity?

Every print media/journalism organization that cares about its credibility is struggling with this issue. With advertisers moving away from newspapers and magazines, those still want to be seen in print are now negotiating from a stronger position and are demanding more. To attract advertisers, some media outlets are blurring the lines between advertising and editorial content. Forbes Magazine, for example, has a “Brand Voice” section in every magazine that allows an advertiser to include an article that promotes their brand, product or service. Many newspaper websites have done something similar, interspersing ads with their headlines.

That said, if a newspaper goes about it the right way, monetizing content might just be the best way out of this morass for a corporation with a legal responsibility to maximize profits.

And, finally, maintain the status quo.

It’s not a good choice, but doing nothing is still an option. You are facing death. Do you do nothing? Or try to do something else even though you are uncertain of the outcome?  Tough call. 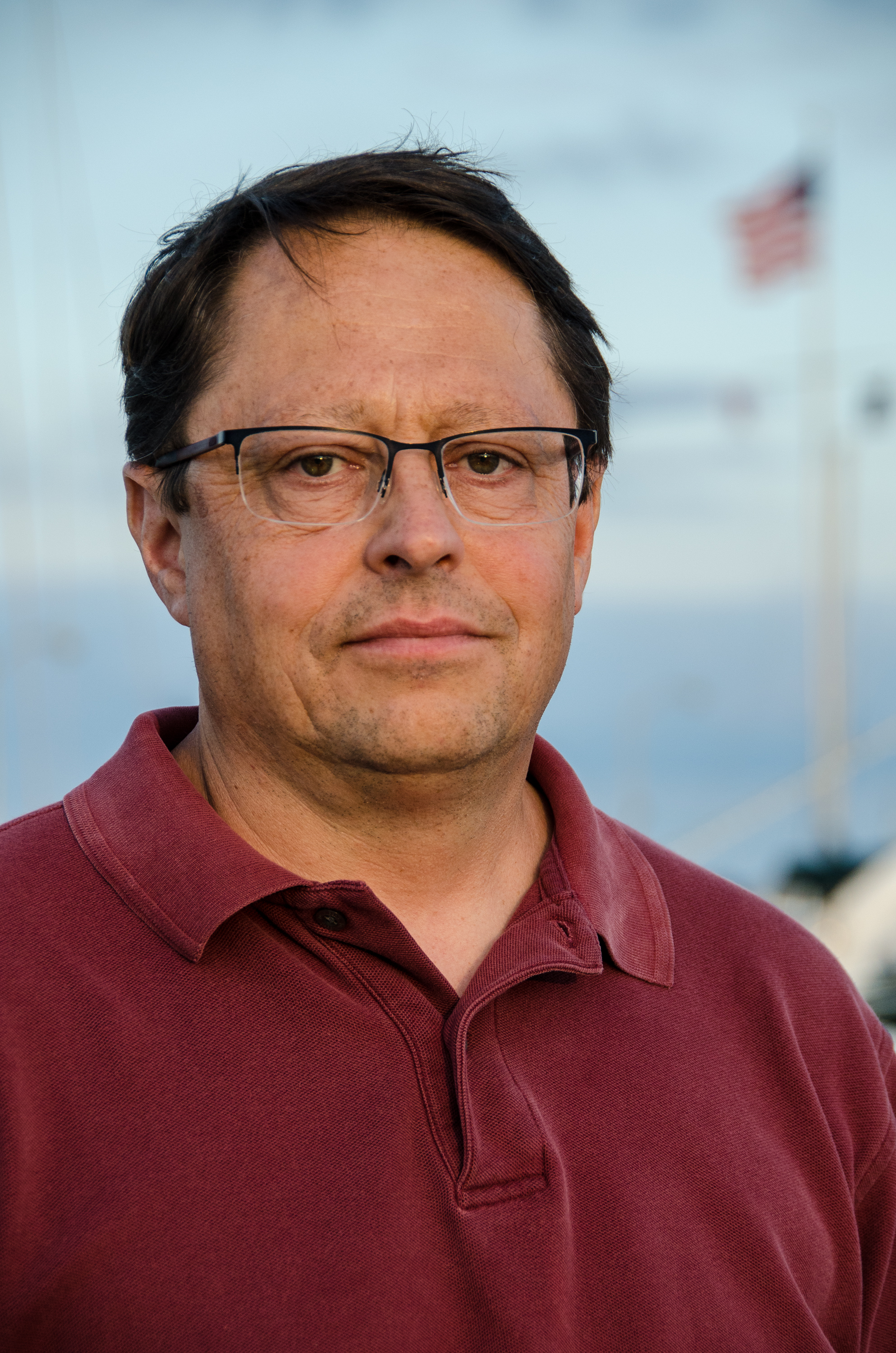