Purpose.jobs Looks to Data and Statistics to Help Those in Search for Information About the Midwest 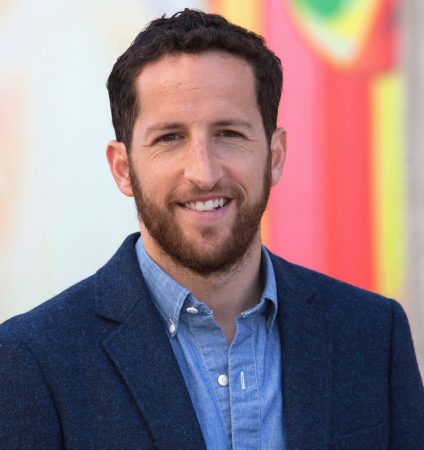 Detroit and its suburbs for many of us are the definition of home. Along with the rest of the Midwest, we find comfort in the fiery hues of autumn, peace in freshly fallen snow, new beginnings in the spring, and adventures in the summer. But what does living here mean for us, along with the rest of the region, in terms of salaries, living situations, and jobs? This was information the founder of purpose.jobs, Ryan Landau, wanted to uncover in their newly released Midwest Salary & Cost of Living Handbook.

Purpose.jobs was founded three and a half years ago as a recruiting marketplace. It focuses on connecting Midwestern technology startup companies with great talent. Landau, though happy with the services purpose.jobs was already providing, wanted to expand the information found on their website. 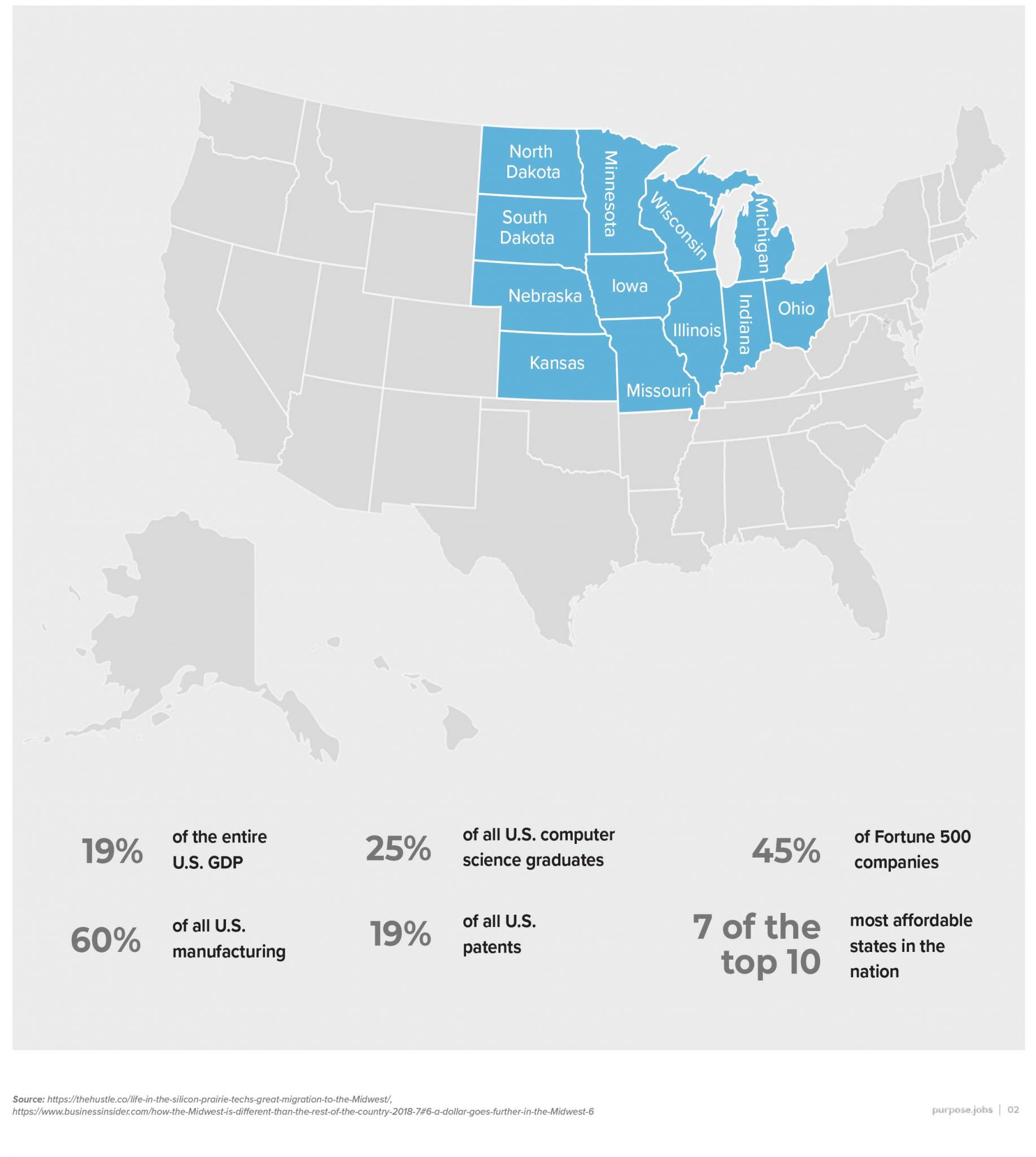 IMAGE FROM MIDWEST SALARY AND COST OF LIVING HANDBOOK

Landau had repeatedly found questions about the Midwest and wanted to create an easily accessible, information packed handbook for those in want of answers. “There’s a lot of data and information out there, but it’s all in different sources and in different places. It’s our goal to make it easy for people and our readers [amounting at roughly 40,000].”

Purpose.jobs, in their research, found that statistics for the Midwest truly do seem to match up with this appeal. According to the United States Census Bureau, in 2019, nearly 21% of the American population lives in the region. Along with this, however, purpose.jobs found that the region contains 60% of all U.S. manufacturing, 45% of Fortune 500 companies, and 25% of all U.S. computer science graduates. The region also contains seven of the top ten most affordable states in the country.

Along with this, purpose.jobs also gathered information about the top in-demand tech jobs in Midwest cities. The top four in Detroit consist of software engineering, product managing, marketing management, and network engineering. In the handbook, purpose.jobs takes into consideration all of the information and data they gathered, and rates the top ten cities in the Midwestern region in terms of net tech employment. Chicago was ranked number one, Detroit number two, and Minneapolis number three. Detroit ranked 11th in the U.S. 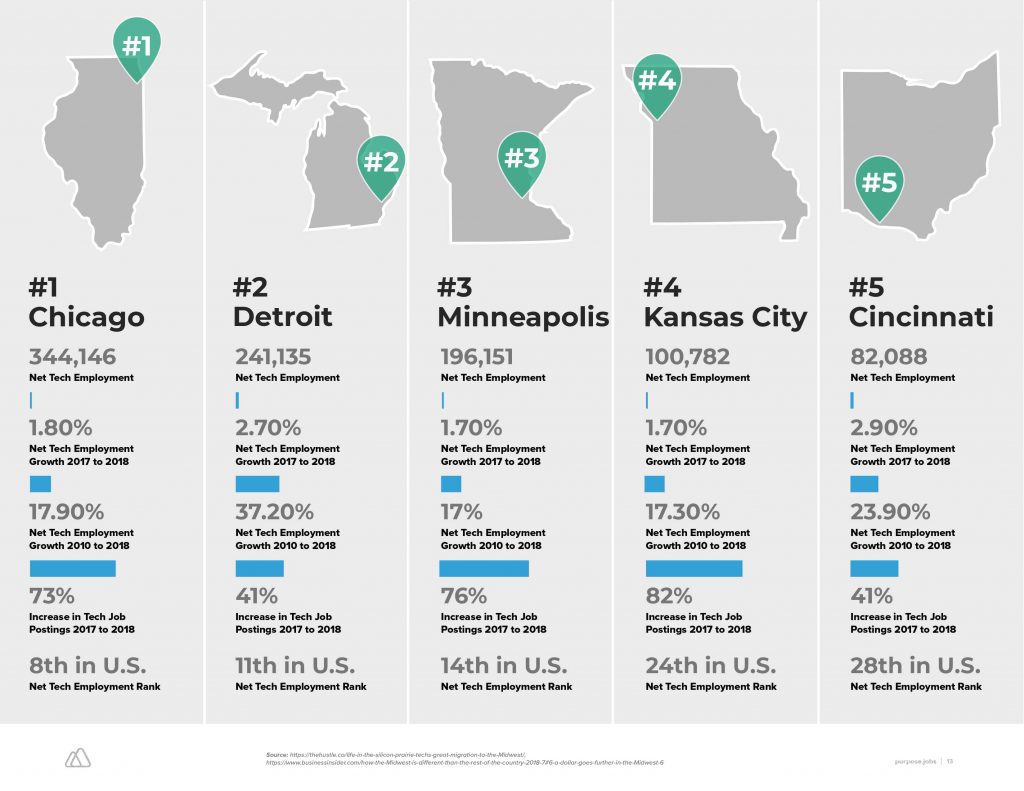 Landau is excited about the release of the Midwest Salary & Cost of Living Handbook. Launched on September 30th, 2020, it is now available to the public as a helpful, free, and engaging resource. The Midwest has its appeals both prior to the Covid-19 pandemic and now. Along with those appeals, purpose.jobs’ research is helpful for those in the tech industry, or those simply in want of information regarding the cost of living in the beautiful Midwest.