Today is Waitstaff Appreciation Day, Is Saying Thank You Enough?

Those in the Restaurant Industry Have Been Through A lot This Year, They Deserve More Than Big Tips 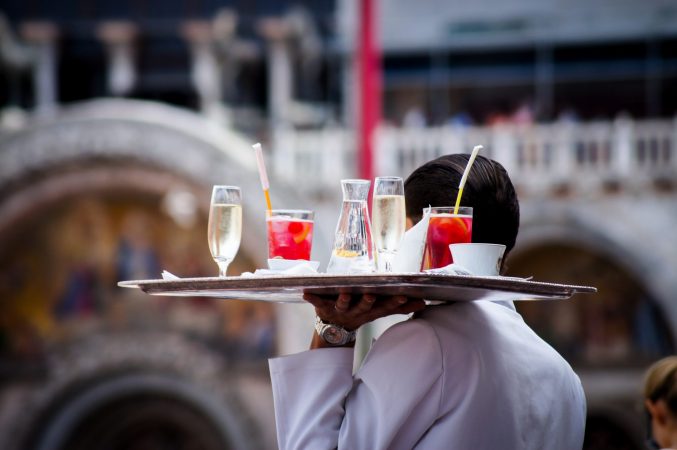 “Heroes Work Here” has been a motto displayed in front of hospitals and healthcare facilities alike since the pandemic’s beginning. For those choosing to work tirelessly, for hours on end to care for the sick and dying during the chaos and loss of this past year, nurses, doctors, record keepers, registrars, janitors, and anyone in a healthcare facility deserves nothing short of the moon for keeping the public as safe as possible.

The similarity between the trauma that the healthcare field has had to deal with day after day throughout this pandemic is unlike anything other industries have had to deal with. That fact is undeniable.

Other industries, however, have dealt with their own issues and hardships this past year as they deal with the public face-to-face. For restaurant waitstaff workers, their livelihoods have been attached solely to the state-wide shutdowns and their affiliated restaurant’s observance of safety guidelines. Yet, regardless of what was happening behind the scenes in their lives, they masked up and served us food and beverages with an eye smile.

It’s impossible to say that everyone was affected by the pandemic in the same ways, but numerous local restaurants, as well as their staff, bent over backward for the Detroit community and our vibrant food scene. From chef to dishwashers, Detroit’s restaurant industry helped their own and served the public.

Chefs like Chef Kate Williams, owner of Karl’s, packed up leftover goods at the beginning of the pandemic to help the industry and the community as a whole. Gift baskets filled with produce, fresh and frozen meals, toilet paper, and even tampons were distributed to those who found themselves suddenly and entirely out of work as restaurants were closed by state mandates. 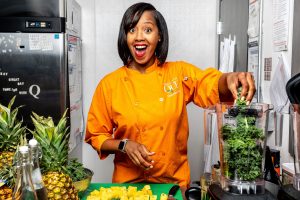 Chef Que Broden, the owner of The Kitchen, worked overtime to pack meals and deliver them to local hospitals in order to keep healthcare staff fed while the cafeterias were closed. Broden and her team were able to provide these services along with takeout services.

Bartenders throughout the city worked to keep the craft cocktail scene alive throughout the months they weren’t behind the bar. Many participated in at-home cocktail competitions, thought up new ways to provide to-go cocktails for the community, and never let their creativity of the classic cocktails die.

Waitstaff in every restaurant that has spent time with open dining rooms has cleaned, navigated tricky situations, dealt with the public, all while serving the restaurants’ guests. Though many received money from PPE loans, there were still many waitstaff employees, as well as bartenders, dishwashers, sous chefs, managers, and others whose salary and cash intake decreased throughout the pandemic.

Beyond this, many more were forced to choose between returning to serve the public before they felt comfortable. Even now, as restaurants continue to open, employees are forced to continue on this same path. But for many restaurant workers, their fear was beyond getting COVID-19 from their public interactions. 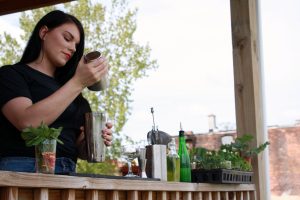 Before the pandemic began, waitstaff, bartenders, dishwashers, and hosts were met with positions that were mainly tip-based without any healthcare insurance included. As the pandemic forced everyone in the restaurant industry towards unemployment and state benefits, however, those used to minimum wage and backbreaking work were allowed livable wages and healthcare. Their fear is now that returning to the industry means a loss of health benefits and a decreased influx of money.

Some local chefs and restaurant owners such as Don Hammond, John Vermiglio, and Joe Giacomino, recognize that changes in the industry must take place in order to keep the local dining scene around.

Incentives that are applicable in most careers, such as paid time off, healthcare, and paid sick leave, are a place to start, they say. If there’s one thing the pandemic showed us, it’s that in-person, group dining is a thing loved by the masses.

Many in the industry see this break in the dining scene not as a problem, but as a way to fix the issues that have simply been taken as orthodox. A job in the restaurant industry is a job like any else, and this time away has granted the ability to demand and provide for those in the field.

On this Friday, May 21st, and every day before and after keep in mind how much the hospitality industry has done, given up, and provided for Detroit these past months. Tip extra for all they have done, tirelessly, and for how much they have served the community. Say a thank you for the meal they have helped put on the table for you. And most of all, understand that this is an industry that begs for re-imagination, for a sense of rebirth, and their own place at the table in the workforce.

Healthcare, wage increases, and paid leave are the least we can do for the waitstaff who have served the public throughout this world-changing year.