Where We Go Under a President Biden

Trump May Have Lost, but the Fight Against Injustice Remains and Biden Will Need To Be Pushed for Progressive Change 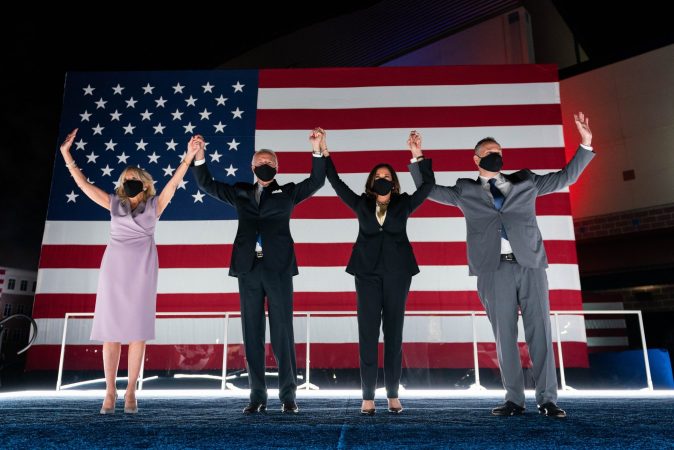 After an election week like none other, the results of the 2020 Election are clear; Joe Biden has defeated Donald Trump to become the next President of the United States. While Trump joined the list of one-term presidents, the nation justifiably celebrated the weekend, as many believed a nightmare had finally ended.

While everyone deserves a breather, it’s important to remember that Trump very well could run again, as a president who lost reelection has done so and won in the past. Trump was not an anomaly to 2016, his win that year being a backlash to the little change that came from 8 years of Obama-era politics and his more than 71 million votes in 2020 show that a good portion of the country is still willing to support him in spite where the nation stands amid COVID-19.

Remaining positive, however, let’s look at some results, as well as concerns, heading into a Biden Presidency.

HOW DID MICHIGAN LOOK THIS ELECTION?

Michigan, which had been leaning more toward the purple side of political leanings, is firmly a blue state again for the next few years. Biden won the state with about 50.5 percent of the vote, while Democrat Gary Peters shrugged off the yearly GOP challenger John James, leaving the state blue in regard to the Senate and Presidency.

For Michigan’s members of the House of Representatives, the only real change comes from Michigan’s Third Congressional District, as Republican Peter Meijer bested Hillary Scholten to fill the seat left vacant by Justin Amash. Meanwhile, Metro Detroiters Rashida Tliab, Haley Stevens, Elissa Slotkin, Brenda Lawrence and Andy Levin all prevailed, leaving the region represented by those in the Democratic Party.

The results from Michigan were similar around the nation, but while Democrats won the Presidency, down-ballot races in many states did not materialize, as it looks like Democrats will lose seats overall in the House of Representatives. Simultaneously, the Senate’s control literally comes down to a January two-race special election in Georgia.

While the Democrats lackluster performance was blamed on matters such as poor leadership and a refusal to adopt progressive stances in key races, the one certainty is that the overall failure of smaller Democratic candidates lends Trump zero credit to his baseless claims of election fraud.

TRUMPS LEGACY WILL REMAIN UNDER A BIDEN PRESIDENCY

While Trump will be gone, his harmful legacy remains nowhere more prominent than on the Supreme Court. Tilting the balance of power to a 6-3 conservative majority, the Supreme Court now threatens matters such as the Affordable Care Act, the future of Roe V Wade, and basic human rights for those in the LGBTQ+ community.

For local organizations, the confirmation of Judge Amy Coney Barrett so close to the election was extremely concerning. Reaching out for comment, both Planned Parenthood of Michigan and the support group LGBTQ Detroit expressed concerns for the future in regard to the new Supreme Court.

Amy Coney Barrett’s judicial record, writings, and views are clear: She poses a direct threat to our reproductive health and rights and to the Affordable Care Act. Her confirmation to the Supreme Court is particularly dangerous while the country is in the middle of multiple public health crises, shared Angela Vasquez-Giroux, a spokesperson for Planned Parenthood of Michigan.

“Until we are told otherwise, we will continue to provide the same high-quality, affordable reproductive care we always have – including safe, legal abortion. No matter what, we will always be here to provide care to the people who need it most,” added Vasquez-Giroux, when asked about the potential threat to reproductive rights and freedom under the conservative court.

“You know the thing that you have to give to this administration is that they make no secret about their intentions,” shared Jerron Totten, Social Outreach Coordinator and Legislative Advocacy Specialist at LGBT Detroit. “The ACA will be gone and over 20 million people may lose their health care in the middle of a pandemic and HIV is nowhere near dead. So these are the issues that we have to face in a short period of time.”

With a multitude of concerns similar to those shared, the Biden presidency will need to be one of real substantial change, taking action that hasn’t come out of an administration since the days of Franklin Delano Roosevelt. A task that is not impossible, but also not likely without pushback against the Biden administration.

Thus, while, again, there is time to celebrate, the rush of activism that erupted after 2016 should not go silently into the night, as the conditions that attributed to Trump’s rise remain primed and ready to create another more dangerous Trump-like figure in 2024.

While something like the Affordable Care Act is threatened, the Biden administration needs to fight to not only preserve it but to move further. Medicare For All, an issue in which Fox News even reported holds support among 70+ percent of Americans and, in which Biden has already expressed disapproval on, is something that will require strong protest in support of if there is to even be consideration of such legislation. And, while such legislation would likely fail under a conservative Senate and Supreme Court, the effort from the Democrats will still remain, showing that they can be a party that fights for issues a majority of Americans want and support.

The need for pushback persists not just on healthcare but also on climate change, criminals justice reform and other progressive values. While Biden may seem resistant to change, remember that even the great FDR refused to budge on matters until facing outside pressure from unions and other political groups that existed in the 1930s. Thus, if change is to come from Biden in his short four years, it is in the hands of voters, activists, and workers to ensure their voice is heard and their pressure is felt.

In the meantime, take a few days to celebrate the milestone brought about by Kamala Harris’s position as the first woman and woman of color to hold the office of Vice President, as well as the fact that this time, it is the MAGA folks that have lost. The next four years may look murky, but if people stand together and accept no concessions, the 2020s could very well be the people’s decade.