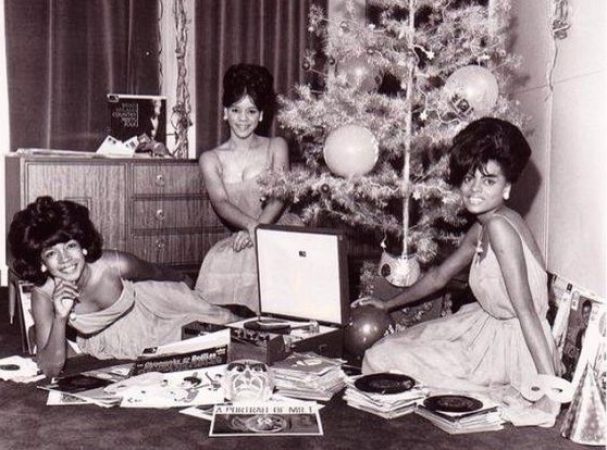 A flurry of Motown artists shared their talent for traditional Christmas songs over the years. This Motown holiday playlist is intended to spread holiday cheer with sounds the city has grown up with.

Nothing says Christmas in Detroit like classic Motown. The greats have marked their signature on some of the most cherished Christmas music. Detroitisit rounded up a festive list of Christmas songs that are probably already stuck in your head. These voices are unmatched!

SANTA CLAUS IS COMING TO TOWN: THE JACKSON 5

What better way to start off this Motown holiday playlist than with a family that would raise a star high off the charts? This Christmas can be extra merry and bright with the nostalgic sounds of The Jackson 5. Go ahead and say it’s your favorite version of “Santa Claus is Coming to Town.” The energy and enthusiasm shine from the start. The five brothers started their journey in 1965 and found their way to Motown Records three years later. Once at Motown they released 10 albums, four of which reached number one on the Billboard charts. In 1970, “Christmas Album” came out and has been a Christmas essential since. Play this loud and proud at your next Christmas party!

The distinctive Motown Jazz sound is a colorful soundtrack to decorate this holiday season. Ella Fitzgerald exudes sensual confidence in all of her scatty renditions. We’re throwing it back to the 60s on this studio orchestra arrangement. Add some more cheer to your step this Christmas with “Ella Wishes You a Swingin’ Christmas”. The title pretty much speaks for itself.

Next up on this Motown holiday playlist is a song that’s been passed around to music legends. Baker’s rendition of “The Christmas Song” was recorded live in December 1994 at Former President Bill Clinton’s Christmas Concert in New York City. The Nat King Cole Trio first recorded the song early in 1946 and made it more popular with his follow-up recordings. Baker, though born in Ohio, was raised in Detroit by a foster family, where she was soon discovered singing in nightclubs and bars. Enjoy this sizzling jazz rendition of this classic Christmas song written in 1944 by musician, composer, and vocalist Mel Tormé and Bob Wells. Anita Baker will be touring Michigan in 2023. Click HERE  for tickets!

A Motown holiday playlist wouldn’t be complete without Detroit’s own “Queen of Soul”, Aretha Franklin. Her calming, yet distinctive cover of “This Christmas”keeps Aretha in our hearts and at the top of any Motown playlist. The voice recording intro is extra sentimental. It’s always inspiring to revisit her rooted beginnings. She moved to Detroit with her family when she was five, where she started her singing career at the church her father ministered to. At age 18 she was signed to Columbia Records, which would carry on a Detroit signature Aretha would master. Diana Ross also has a magnificent cover of this song!

THE TEMPTATIONS: RUDOLPH, THE RED-NOSED REINDEER

Each era of music has its own sound…and then there’s Motown. Detroit has its own flair through generations, especially when it comes to the 7os Motown holiday albums. Take your ears on a ride with The Temptation’s hit album, Christmas Card. Speaking of hits, there’s “Rudolph, The Red-Nosed Reindeer.” Eddie Kendricks, known for his distinctive falsetto voice, took the lead vocals, smoothly backed by Paul Williams, Dennis Edwards, Otis Williams, and Melvin Franklin.

WHAT CHRISTMAS MEANS TO ME: STEVIE WONDER

This Motown holiday playlist is bringing warmth like no other. Wind down your Christmas evening festivities with Stevie Wonder’s “What Christmas Means to Me”? Wonder was pledged a child prodigy due to his early-aged blindness and was signed to Motown’s Tamla records at just 11. At age 13, Wonder reached the top of the Billboard charts, setting a still-standing record as the youngest solo artist to top the Hot 100 list. This classic tune is best enjoyed with loved ones, a comfy chair, a hot drink, and a crackling fire.