2020 Roundup: The CARES Act and the Further Stimulus That Never Was

As Part of Our 2020 Roundup Series, We Examine the Cares Act and the Desperate Need for Further Economic Assistance 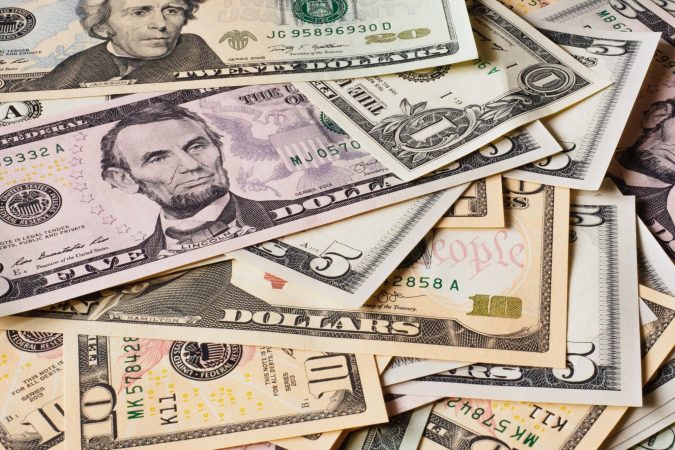 2020 was a seemingly unending year, one filled with enough events to last a decade. A year that began with Kobe Bryant’s unexpected death (yes, that was still this year) continued to shock with the emergence of the COVID-19 pandemic, economic woes and stimulus gridlock, daily Black Lives Matter and anti-police violence demonstrations in almost every major city following the death of George Floyd and a series of lockdowns and reopenings that seem to have done next to nothing to stop the spread, all the while literal terrorists plotted to kidnap Michigan’s, Governor Gretchen Whitmer.

As the nation decided on whether to vote in the Blue or Red Conservative to the office of President, Congress did the bare minimum to help businesses and restaurants while doing even less to provide more than a meager stimulus check in the span of 8 months to an economically strangled Amerian people. It’s been a long one, folks, so let’s look at a rundown starting with the pandemic, the CARES act and the fabled second stimulus check.

A SINGLE STIMULUS CHECK AND NOTHING MORE

Back in March, when the COVID-19 Pandemic spiraled into the crisis we know today, Congress was quick to act in passing what was then known as the CARES Act. While offering massive amounts of money to corporations affected by the fledgling economic crisis, the part of the legislation that most paid attention to were the aspects of the act that would provide direct stimulus to Americans in need.

The CARES Act originally offered $1,200 per person and $500 per child under 17 if the individual earned less than $75,000 annually while offering $2400 total — and $500 per child, for those who filed jointly. At a time when an endless list of countries like Canada, Germany, Denmark, etc., were paying their citizens to stay home, this payment was a good start to supporting a population during a crisis. The act also provided mortgage forbearance and a deferment on all payments for federal student loans (the latter of which is one of the few provisions still in place).

In America, good things do not last, as this was it in terms of Federal aid for struggling Americans. After the first round of checks, direct aid to individuals never materialized, despite the passage of the HEROS Act in the House of Representatives back in May, an act of legislation that was supposed to provide $1200 to those in need for a maximum amount of assistance for $6000 per household.

After aid failed to materialize, Senate Majority Leader Mitch McConnell said he’d consider capping eligibility for a second stimulus check at $40,000 in total income, but again, no aid came. In July, Republicans returned with legislation that offered aid similar to the CARES Act. Again, disagreements and more led to nothing. By the end of the month, Republicans were proposing smaller checks of $1000, but again, nothing came from this meager attempt.

In August, President Donald Trump raged as Congress broke for recess, saying, “Democrats are holding this up!” A claim that held little credence, giving the reluctance of both parties to help their constituents.

September came and so did attempts to expand unemployment benefits and aid to small businesses; the attempt failed, followed by further failed attempts to provide stimulus checks to families and individuals.

Enter October, a time in which it feels like years since any aid was passed. Again, multiple attempts came out of Congress and multiple attempts failed the same as before. The House proceeded to revise and pass an updated HEROES Act, offering checks to Americans, as well as $500 for all dependents, but again, the legislation failed on launch. After this, Trump proposed his own round of stimulus checks, but the move was blocked by Democrats, indicating an unwillingness in both parties to move forward before the election.

The election comes and goes, Joe Biden is elected and while Trump and the gang dispute the results, Biden’s tenure as commander in chief is inevitable. What isn’t inevitable, though, is further stimulus assistance given the track record of Congress over the past month, as well as the fact that January’s Special Election leaves control of the Senate in limbo.

While Biden has touted support for stimulus, his support is as strong as Trump’s in that, until aid actually materializes, his words mean very little. Given that some still have yet to receive their original stimulus checks, it’s safe to say that the matter of government relief is a complete and utter mess. With eviction fears rising, the survival of businesses hanging by a thread in some regions, much aid is now in the states’ hands, something that is not an easy task.

For the rest of 2020, aid seems unlikely, at least in the form of stimulus checks to families and individuals. To ensure you’re in the loop, subscribe to our newsletter for regular updates on the matter, as well as all things Detroit and more.