Live in Detroit! Whether You’re a Longtime Resident, Building a Career, or Looking for the Perfect Housing 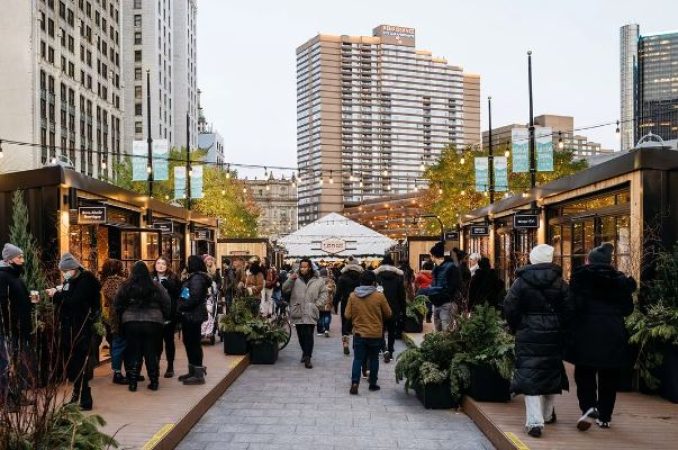 People are motivated to make moves at the start of each new year, which can be literal. The list of reasons to live in Detroit gets better and more encouraging each year.

Most people know the history of Detroit and its struggles, but times have changed. There are cons to living in every city, including Detroit. However, Detroit is becoming a supportive community of creatives, long-time residents, and local, small businesses that are continuously elevating the culture. The people of Detroit work together to preserve the rich history as well as the natural green spaces that make outdoor activities an urban oasis.

Detroitisit rounded up an inspiring list of reasons to live in Detroit in case you needed a reminder of its resiliency or you want to send it to a friend that’s curious about what modern Detroit has to offer. 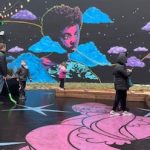 What better way to start off this list of reasons to live in Detroit than with the bountiful, vibrant Detroit mural art attracting national attention? Shortly after USA Today placed Detroit at #4 for “10 best cities for street art“, Detroit announced a new effort to spotlight these scattered gems. The Office of Arts, Culture, and Entrepreneurship (ACE) announced they will launch a new mural map and an app to accompany it. There’s beautiful, free art sprawling the city as well as historic theatres and the diverse, renowned Detroit Institute of Arts (DIA).

Summer is a great time to enjoy outdoor festivals and activities in Detroit. The Aretha Franklin Amphitheatre, facing the Detroit River, is one of the many popular places to enjoy the live music scene. Large venues like Ford Field and Joe Louis Arena hold space for all the music lovers as well the more intimate spots like The Majestic and Saint Andrew’s Hall. Join in on techno events like Movement or watch history with a spin on Woodward Dream Cruise. 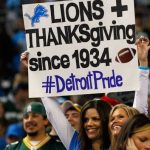 Lions, Tigers, and…Red Wings. The Motor City is also a major win for sports lovers. The seasons are more enjoyable when there’s a live-action game to attend. Home is where professional football, baseball, and hockey are…in the heart of downtown! Reasons to live in Detroit are about movement, cheer, and pride. 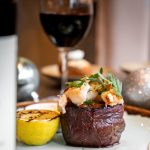 A list of reasons to live in Detroit wouldn’t be complete without amping up the food scene, which is nationally recognized. Did you know that Detroit ranked 13th in Zagat’s list of “28 Hottest Food Cities” in 2016? Not to mention, National Geographic named it the #1 unexpected food city in North America. There’s a taste for everyone and for any time of day. Explore the town favorites, whether it’s fine dining, food trucks, sidewalk cafes, casual diner spots, classic Detroit eats, or a completely new place! There’s a variety of authentic ethnic cuisine and eclectic restaurants to check out. 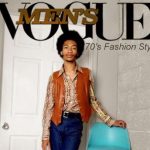 DETROIT IS IT FOR CULTURAL ARTS

Blooming Detroit models, photographers, filmmakers, musical artists & producers, painters/muralists, writers, and creative hustlers alike have found beauty and potential in the local community. The cultural arts scene in Detroit wants to see each other succeed, and the same goes for any other small businesses. Entrepreneurship is a hustle in Detroit and it’s often on visual display if you just walk the streets. Motown music is still treasured, but there are musical artists and producers creating new sounds in the city as well.

Lists of reasons to live in Detroit often include the Low Cost of Living. Affordable housing remains one of the strong points for making a home in Motor City. If you’re more concerned with the practical, then the cost of living in Detroit should win you over. Detroit is among the lowest in the nation! The residents are racially and ethnically diverse, which also adds to the authentic allure. Detroiters have watched abandoned buildings and run-down alleyways boom with art and urban city life. You can see the hard work and care for the people’s needs within the common building projects. 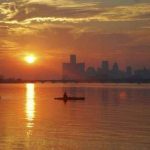 Perhaps, you’re just looking to stay in Detroit temporarily. Plan a visit to a city that has access to Canada. You can even see Canada from Detroit. Say “hello” to the Canadian neighbors while viewing the amazing skyline along the Detroit River. Detroit has natural wonders to explore. Enjoy the serene lakes, islands, national parks, and other beautiful vacation spots within driving distance. You’ll find paths to bike, hike, walk, and even ski. Michigan has distinct seasonal changes, so you’ll always see something new in nature.