Summer Secrets and City Explorations for a Day in Detroit 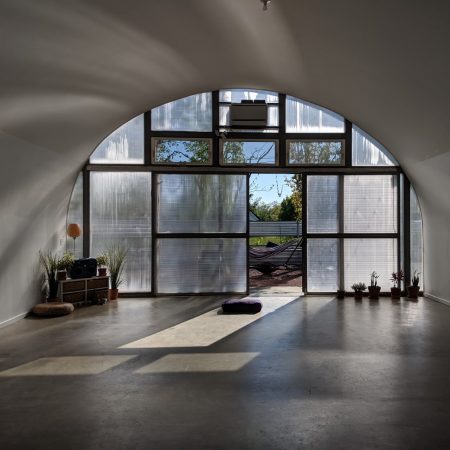 Good news! It may feel like it should be summer, but it’s not. Summer 2019 officially commences June 21st in the Northern Hemisphere. To prepare, we’re taking note of some of our favorite secret and not-so-secret adventures—our lazy go-to for idle summer days when it’s too hot to think.

We’re gifting our future selves with five of the city’s most charming locations, drawing on the richness of historic and future visions.

The Collective at True North

The Collective at True North is a yoga studio inside True North, the dreamscape collaboration between developer Philip Kafka and architect Edwin Chan. Fact: Quonset huts are made of heavenly sunlight and dreamy summer breezes.

All across the street from the newly opened Ochre Bakery.

We just hit on design, yoga, bikes, gardens, fires and baked good. Is there anything else?

Yes, there is rowing. Did you know Detroit boasts the oldest rowing club in North America? It does.

The Detroit Boat Club Crew was founded in 1839. That’s before the Model T. That’s rowing back when people had to take boats because they didn’t have cars to drive.

It may be Detroit’s oldest not-so-secret summer secret—and yet one more reason to visit Belle Isle.

Do you row? Do you want to row? The Boat Club has options for everybody!

Is a boutique of sorts with museum quality merchandise. Before the Internet made the world accessible, artist Olayami Dabls took great care in creating relationships to source unique and rare beads from across Africa.

His collection is one of a kind, making a visit to the museum is a must for art bead lovers and a joy for everyone else. The building itself is an artwork—as is the lot behind. We love the experience so much, we made a video about it.

The Patio at Marble Bar

The “we” composing this list has never been to Morocco, but we once stayed in an Airbnb in Joshua Tree that boasted a “Moroccan” style courtyard. The patio at Marble Bar reminds us of that.

And the movie Bio-Dome.

The domed roof makes it like indoors and outdoors at the same time, and hanging plants lend a secret garden feel. Bonus points for disco skull. And the throwback bartenders—more concerned with conversation than the moniker mixologist.

Standing nonchalantly among Hamtramck’s working class houses is a nondescript fence, with trees peeking over, behind which stands a tiny complex of houses and gardens and interior patio. It’s a place where people work and live—mediate and eat.

There are quarters for out of town guests—it’s rumored this is where Dimitri Hegemann of Tresor stays when he’s in town.

If you’ve ever been to Eastern Market—or any small market around town—you’ve had to try hard not to encounter their signature kale salads, kale chips or, our favorite, raw brownie.

The Detroit Zen Center has its own line of packaged goods and, and, on and off, they have been known for their Hamtramck cafe, serving raw vegan food, made with fresh produce and intention. Over the years, the cafe has closed and reopened. Hours have changed. Menus have evolved.

Now, according to their website, it seems that they are now serving lunch again. And this is incredible news.